Mediators of civic culture in Medellín

Medellín is the second most populous city in Colombia, with 2,508,452 inhabitants. Its administrative division is made up of 16 urban communes and 5 rural townships. The city has undergone a process of growth marked by multiple challenges and needs. From the 1950s through the 1970s, Medellín was the country's industrial centre. This period saw significant urban transformations due to both the population increase and a lack of institutional response in line with contemporary realities. Subsequently, the 1980s and 1990s was a time of instability, violence, and fear that eventually subsided.

These decades had economic, social, and cultural consequences that were reversed with initiatives such as strategic plans, urban regeneration, and coexistence work. Such projects were driven by organized civil society, bodies serving the community interests, entrepreneurs, universities, and the concept of institutionalism. The results of these efforts began to emerge at the beginning of the year 2000 with security strategies that had positive impacts, and with the implementation of innovative practices related to urban and public management. Although some challenges and problems may still persist today, the city is recognized worldwide for its resilience, transformation, and innovation, which was made possible through leadership, commitment, and trust in its people.

Since 2000, culture has become an inseparable part of citizen transformation, particularly given the previous era of violence. In 2002, the Department of Citizen Culture was created. Since then it has become a central pillar of the municipal administration, with a growing level of investment in cultural facilities and training that both help establish art as a vehicle for promoting citizenship.

In recent years, studies have revealed problems related to views on institutional trust, which is an essential basis for effective governance. According to the 2015 Civic Culture Survey (ECC), institutional trust was at 26%, and the level of trust in public officials was only 14%. In response to this issue, the 2016 - 2019 administration introduced a new perspective into the "Medellín Depends on You" Development Plan, with the cross-cutting approach of "1. We Believe in Citizens' Trust". This line of action proposed citizen culture as a means to strengthening institutional trust and promoting co-responsible citizenship by developing their environment.

This project addresses the need to strengthen relationships of trust between citizens, officials, and institutions in order to develop collective, inclusive and co-responsible efforts that improve coexistence in the city.

The Mediators of Civic Culture project is an initiative of the Undersecretary of Cultural Citizenship. It is outlined in both the Medellín Depends on You Development Plan (2016-2019) and in the Medellín 2011-2020 Cultural Development Plan, wherein civic culture is approached from a pedagogical perspective to achieve greater harmony between behaviour and regulatory systems. This project is a creative cross-cutting strategy that links a civic culture approach with the other Departments of the Municipal Government through the consolidation of partnerships and fundamental learning processes on art and culture.

Mediators of Civic Culture is based on 4 fundamental values that relate to Agenda 21 for culture:

Today, the "Medellín Depends on You" Development Plan has been recognized for its contribution to creating sustainability agendas. It was awarded the Best Development Plan in the Country, with a high rating for its relationship to the Sustainable Development Goals (SDG).

More specifically, "Mediators of Civic Culture" relates to Goals 4 and 16 because the project promotes cultural understanding and education of diversity based on trust, coexistence, and legality as means for social cohesion, peace and prevention, and conflict resolution.

The methodology includes theoretical and practical workshops exploring the tools of art where participants recognize their potential as well as their responsibility in regional transformation and building a culture of peace.

The main goal is to strengthen citizens' skills for building trust in the region. This is achieved through education meetings that use civic culture and art as a way of focusing on social and community experiences. This may influence public officials in charge of energizing processes of coexistence in different parts of the city.

Each creative centre developed its workshops from different methodological proposals outlined below:

In the assessment exercises, participating local cultural actors (78% of whom were women) showed that the strategy provided multiple tools that can be applied to their work environments.

The project has helped develop new learning through art, which has transformed the imaginations, perceptions, and attitudes of both the government professionals and cultural organizations that initiated the process in the first place. This ultimately establishes better relationships in their work environments and in their direct work with members of the public.

From what they learned, 89% of the participants claimed that they used some of the methodologies in their regional activities and workshops, while 88% claim to have established new alliances with other agencies.

The city has established itself as a supporter of social action based on activities that promote the common good, as well as relationships of respect for the policy and relationships of trust, which are pillars of regional development processes.

While it may continue to be altered according to the prerogative of each new government, Mediators of Civic Culture is a strategy with the potential to be replicated for management by Undersecretary of Cultural Citizenship. It is for this reason that the process is part of institutional activity around citizen culture, in line with the Public Policy on Civic Culture of Medellín.

Medellín was a candidate for the third "UCLG Mexico City – Culture 21 International Award" (November 2017 - May of 2018). The jury for the award drew up its final report in June of 2018, and requested that the Committee on Culture promote this project as one of the good practices to be implemented through Agenda 21 for culture.

This article was written by Santiago Silva Jaramillo, Undersecretary of Cultural Citizenship for the Municipality of Medellín (Antioquia, Colombia). 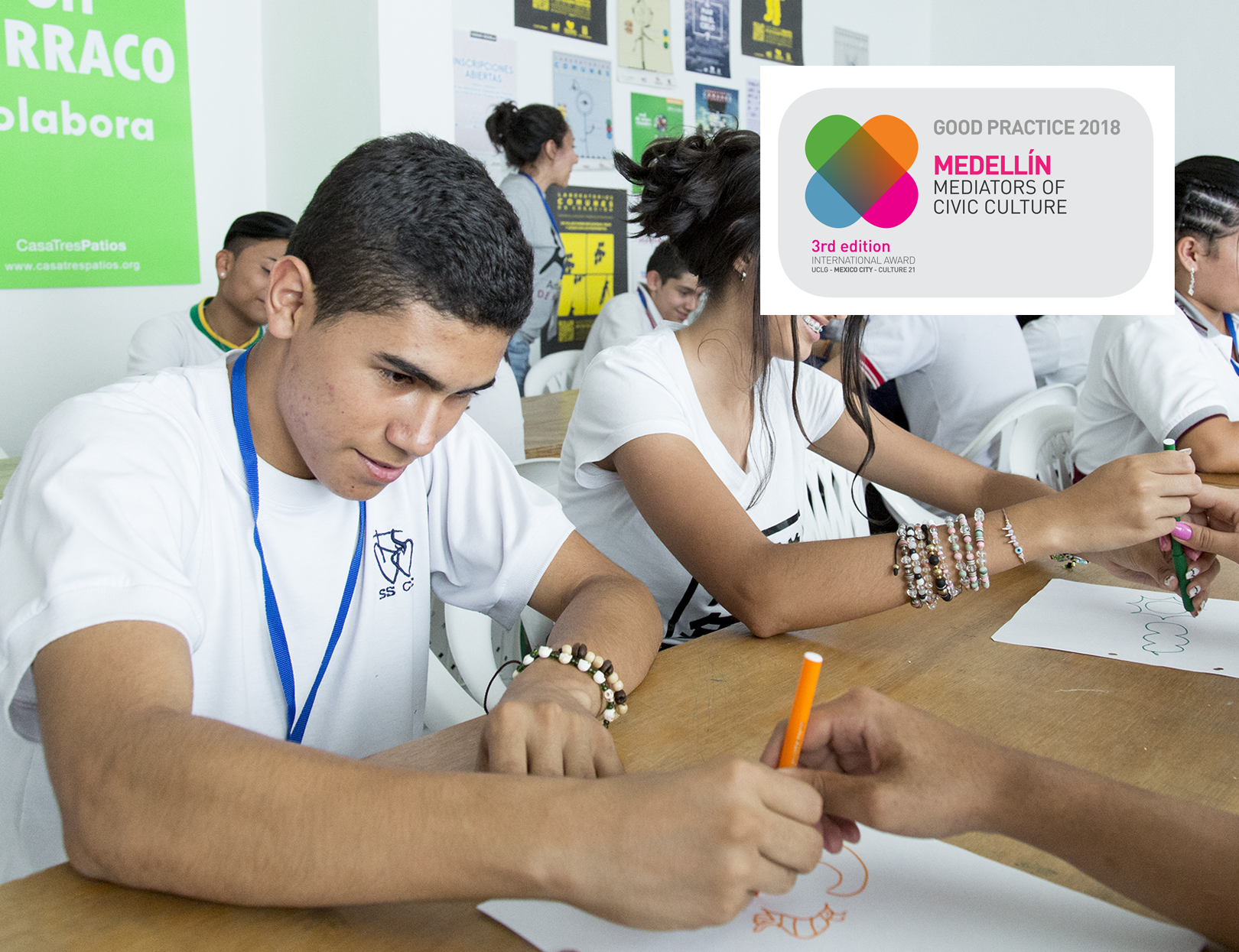