Concepción Creation Centre (C3): A space for creative collaboration based on sustainable development

Concepción is the capital of the Biobío Region. It is home to more than 230 thousand inhabitants and it is located approximately 500 kilometres from Santiago. It is a city of great relevance in the economic, social and cultural development of the country, with a marked identity linked to the “penquista” gentilicio, as well as to the plastic arts, the performing arts and popular music.

In 2010, the Municipality began to view culture and creative industries as essential for the city’s development, the transformation of its economic framework, innovation, and job creation.

C3 launched in 2014 as a participatory process aiming at turning culture into the 4th pillar of the city’s sustainable development, responding to the need for adequate creative spaces, as one of the main priorities.

The materialisation of the C3 was achieved thanks to a virtuous conjunction of private, public and civil society actors. The Municipality remodelled a disused school and its equipment, generating from there the programme of services and activities of the C3. The project seeks to revitalise the historic centre of the city to generate a Cultural Corridor in the neighbourhood with the future “Enrique Molina Theatre” Centre and the C4. The C3 is part of the Plan Concepción Cultural 2030 with objectives related to the 3 sections of the Agenda 21 for culture, with a direct link to the integration and enhancement of migrant cultures, human and cultural rights and diversity.

C3 originted in 2014 as part of the Concepción 2030 Cultural Plan which aims to transform culture into the 4th pillar of the city's development. It was designed by convening citizens, especially agents of the cultural and creative sectors.

The Concepción Creation Centre aims at promoting the development of Concepción’s creative economy. It aims to promote cultural and creative projects from throughout the city. This is to occur in the earlier stages of the value chain.

The Centre focuses its work on people and teams in the cultural, artistic, and creative industries of Concepción. It also works for the city’s inhabitants and neighbourhood residents, strengthening the local social fabric and its organisations, as well as facilitating access to goods, experiences and services. It was prioritised during the elaboration of the 2030 culture plan in a democratic way by the population with great citizen participation.

Concepción’s cultural agents are varied. There are cultural and creative microentrepreneurs who use the facilities for small groups to carry out specific projects of creation and circulation. There are also cultural managers working in state and non-governmental organizations that promote training, production, and circulation.

C3 ainsi to promote the development of cultural and creative projects of professionals, companies and organisations residing in the City of Concepción during the first stages of the value chain.

The C3 offers individual and collective work areas, workshops and spaces to create creative, cultural and artistic products. To achieve this, the project has had to address multiple challenges such as the fitting out of spaces, the improvement of its management model, the incorporation of staff and the task of dissemination. It has an allocated budget of approximately $30,000 per year, provided by the Municipality. In addition to the space, this funding provides key technical, logistical, and administrative services. There is also a network of public and private organizations that collaborate with the C3. These include higher education institutions and cultural centres such as the Balmaceda Youth Art Centre and the Steel Artists group.

C3 promoted the identity of a cultural and creative city, and it has supported cultural productions, particularly those aimed at celebrating the bicentenary of Chile’s Independence. Additionally, it hosted the Fair for Cultural Space Organizers in the Biobío Region, where different companies participated and the current production are presented to those in charge of the programming of cultural spaces in the area: Festival of Cultures; Festival of Cultures, a musical, handicraft and gastronomic exhibition of the migrant communities of Concepción (with the support of the NGO Amaranta, Chile and the National Health Fund), and an urban vegetable garden open to the whole community where horticultural techniques are taught to learn how to grow plants for self-consumption,

C3 helped demonstrate the effectiveness of a participatory approach, which paved the way for key actors to become involved, and became a way of showing how work the institutionalisation of culture through public policing can work in a local context.

C3 filled the need for suitable spaces used in a variety of different projects. From the outset, each group had to collaborate to clean and repair the Building, creating a strong sense of ownership and empowerment and generating a free, collaborative environment.

Despite being reluctant at first, other municipal bodies began to view C3 as a space for collaboration and community engagement and soon became strong partners.

C3 has demonstrated the effectiveness of the participatory approach, by facilitating the willingness of key actors: municipal and ministry (culture and economy) managers, trade unions and civil society.

Concepción’s consistent record in the design and implementation of municipal cultural policy. C3 has been specifically mentioned as an example of how the city has built spaces for culture and the arts. In addition, the demonstrative effect of building collaborative workspaces for arts and culture has been amplified. During 2019 more than 40% of the performing arts works presented in the city were produced in C3. Within the borough, it has helped revive related organizations that use C3 for meetings and gatherings, as well as animal and environmental protection groups.

Annual plans made by the Directorate of Culture outlines objectives and activities that are evaluated weekly with indicators related to the effective implementation of activities and numbers of participants.

In 2018, C3 hosted 108 projects involving about 300 people in three lines of work: creation, specialist training, and social organizations. In total these served 40,000 people. In 2019, project figures decreased to 84, with about 500 direct participants, but the impact grew to just over 60,000 people.

Since 2017, initiatives have been evaluated in three areas: relevance; quality; and impact. The resulting scores are shared publicly.

The Municipality of Concepción allocates an annual budget to operations to cover staff, basic costs and equipment.

The success of the C3 management plan has promoted the feasability of developing a project for C4: Contemporary Music Centre of Conception. This is a new facility for creating a dynamic creative economy, local music scene, and neighbourhood.

Concepción was a candidate for the fourth “UCLG Mexico City – Culture 21 International Award” (November 2019 – May 2020). The jury for the award drew up its final report in June of 2020, and requested that the Committee on Culture promote this project as one of the good practices to be implemented through Agenda 21 for culture. 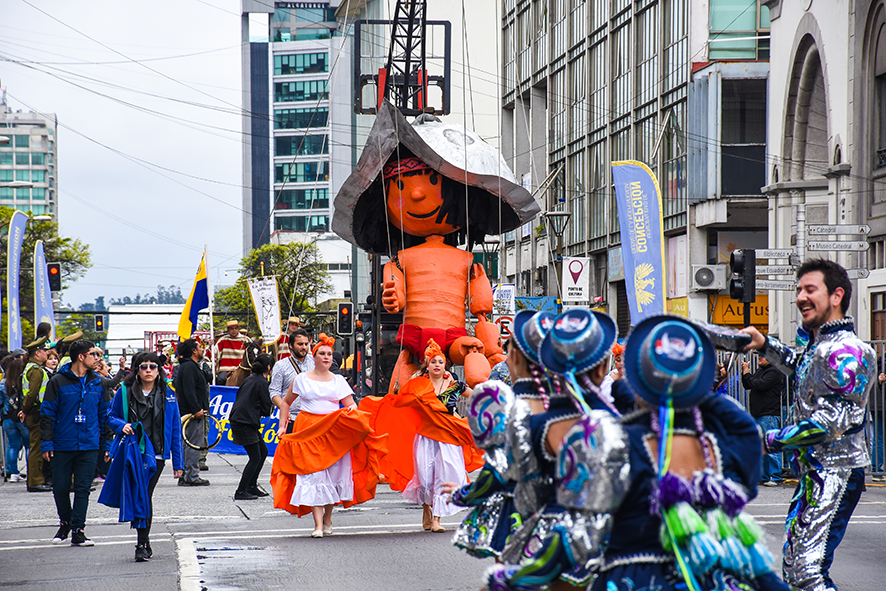