Segou is the capital of the ancient Bambara kingdom, located in the heart of West Africa on the banks of the Niger River. The city asserts itself as a city of cultural excellence in Mali, multiplying cultural and creative initiatives. With nearly 133,501 inhabitants, Segou has all the assets of a major and structured city. It is the fourth largest region in Mali and it is home to various decentralised State services.

The three main religions practiced in Segou are Islam, which constitutes 80% of the population, Christianity (10%)
and Animism (10%).

The “Segou: A Creative City” project is in line with the vision of the Segou region through the territory’s regional development plan (STRAT), specifically: “Make Segou an attractive region based on its economic, cultural, and tourist assets, and thereby make it the economic capital by 2030.” As such, one of the three major challenges of this plan is to ensure “the preservation and economic development of touristic, artisan and cultural heritage.”

Thus, the “Segou: A Creative City” project aims at harmonising and making all these strategies consistent, taking into account the new implications, challenges and potential for local cultural development, and putting culture at the heart of local development.

The general objective of Segou's cultural policy is to make art and culture the pillars of sustainable human development through the implementation of a sustainable cultural development programme.

The relations between the Agenda 21 for culture and the project “Segou: A Creative City’’ are

The ‘’Segou: A Creative City’’ project puts culture at the heart of its city development programme through the implementation of its Sustainable Cultural Development Programme (SCDP); the project responds to the principles 7 and 9 of the Agenda 21 with regard to the promotion of artistic and cultural creativity, identities and cultural diversity; as well as to the point 47 of recommendations which encourages local authorities to put culture at the heart of all local policies with citizen participation and strategic planning.

The general objective of “Segou: A Creative City” is to make art and culture the pillars of sustainable human development through the implementation of the SCDP.

The “Segou: A Creative City” project was launched in 2015 on the sidelines of the 11th edition of the Festival sur le Niger, providing the city with a cultural policy accompanied by the SCDP.

The “Segou: A Creative City” project is focused on the following four components:

The project aims to harmonize the city's cultural strategies by taking into account the new issues, challenges and potentials of local cultural development and by putting culture at the heart of local development.

Stemming from these consultations, local actors and authorities proposed 7 pilot projects, based on the five key disciplines chosen, to be implemented within the framework of the programme for sustainable cultural development for a 5-year period:

Several seminars, workshops and sessions were organised to launch the project, identify the cultural identities, actors and cultural components of the city and mobilise all relevant actors. Capacity building programmes for artists and cultural actors were also set up with the support and partnership of IKAM.

Numerous projects and programmes have been promoted and implemented within this framework: ‘’Segou’ Art-Festival on the Niger’ (contemporary art fair), enhancement and promotion of woven loincloth and cotton from Mali through the “pagne tissé” (woven loincloth) project, the art and education project (maaya culture and citizenship), enhancement of local gastronomy, and exchanges of artists between Segou, Nouakchott (Mauritania) and Pointe-
Noire (Congo-Brazza).

A coordinator has been recruited to ensure coherence in the development of various key documents, such as the city’s cultural policy and the SCDP.

The ‘’Segou: A Creative City’’ project is managed by a coordinator and a management committee that meets once a quarter.

The project is composed of

A committee of experts in charge of steering the project has been set up. This committee is made up of the President of the Fondation Festival sur le Niger, the Mayor of the Urban Commune of Segou and a personality from the cultural civil society.

The involvement and commitment of all cultural actors with the town hall and civil society in the project implementation process is a factor of sustainable.

The project has an expert committee composed of an elected official from Segou, an expert in cultural management from Mali and a representative of civil society who supervise and validate all the activities of the project with the coordination of an expert in territorial marketing, the project coordinator. To this end, throughout the implementation phase, it is planned to carry out continuous monitoring-evaluation activities and a mid-term review of the project through a moral and financial report.

The key aspects of the success of this project can be summarised as follows:

The implication and commitment of all cultural actors together with the town hall and the civil society in the implementation process is a factor of success for the project. This commitment and strong will on behalf of the local actors and the local government, along with their technical and financial partners, is a guarantee that the project will be able to continue with no major difficulties. The technical and financial support of the Festival sur le Niger Foundation with all their programmes and partners from African creative cities, which are maintained over time, is also a marker of continuity.

Segou was a candidate for the third “UCLG Mexico City – Culture 21 International Award” (November 2019 – May 2020). The jury for the award drew up its final report in July of 2020, and requested that the Committee on Culture promote this project as one of the good practices to be implemented through Agenda 21 for culture.

This article was written by the coordination team of the ‘Segou: creative city’ programme, Segou, Mali. 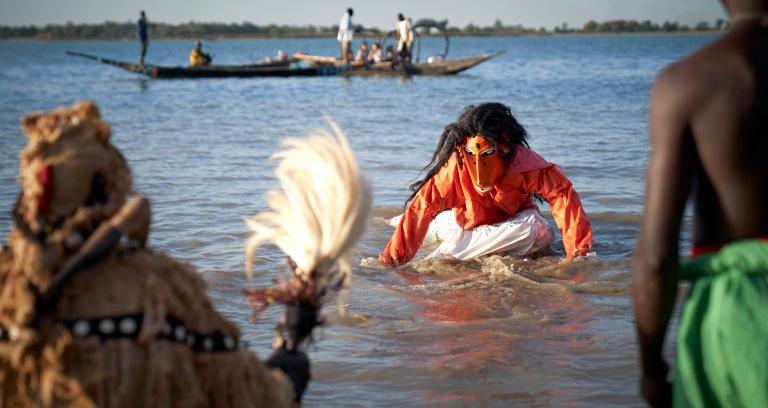