The Death is a Dream Festival

The city of Puebla is located in the centre of the country and is a World Heritage Site. It has a large population of Indigenous peoples and is a tourist destination for its gastronomy and craftsmanship work.

The Day of the Dead was inscribed in the UNESCO Representative List of the Intangible Cultural Heritage of Humanity on November 7th, 2003. Coexistence with death is part of the Mexican collective experience, and an Indigenous tradition that is deeply rooted throughout the country.

The 2018-2021 Municipal Development Plan works alongside the 2030 Agenda for Sustainable Development by contributing significantly to inclusion and participation. This allows the Death is a Dream project to continue because it can be connected with the First Pillar of an “Inclusive city focused on people and culture” and Program 4 “Puebla: An Inclusive City of Culture”. The following are its lines of action:

The aim of the "Death is a Dream" Festival is to preserve and honour the country's oldest traditions by presenting Puebla as an important destination.

There is a significant connection between the festival’s core principle and Agenda 21 for culture, which relates to the recognition of human development as being eective through the use memory, creativity, diversity, and knowledge. The celebration has established a synergy by demonstrating a high level of artistic participation, thereby promoting creation and re-establishing the community’s values, beliefs, arts, and customs.

It also relates to the following lines of action: “Cultural Rights” and “Heritage, Diversity, and Creativity”, emphasizing the residents’ participation in implementing cultural policies.

The Death is a Dream Festival also addresses some of the targets of the 2030 Agenda for Sustainable Development. Some notable examples include:

The main objective is to preserve and honour the country’s oldest traditions throughout the city. Its main principle is to bring together citizens and empower them to become protagonists of development through their participation in the great Parade of Skulls, in addition to showcasing a significant level of cultural diversity through the presence of arts and culture proposals.

The festival brings together diverse audiences including those from 5 to 65 years old, various gender identities, and differing economic status. In this way it promotes inclusion and diversity through a wide range of multidisciplinary events.

In its last four years, the festival has seen the participation of more than one million attendees. Its cultural events have brought together about 140 artistic groups including music, cinema, fine arts, photography, folk dance, theatre, circus, pre-Columbian dances, conferences, workshops, and exhibitions.

In its last four years, the Festival has seen the participation of more than one million attendees. Its cultural events have brought together about 140 artistic groups including music, cinema, fine arts, photography, folk dance, theatre, circus, pre-Columbian dances, conferences, workshops, and exhibitions.

The festivals arts events have made it possible to organize activities with schools at various academic levels, as well as to collaborate with other festivals.

The scheduling process relied on the Auxiliary Boards for the Puebla Municipality, as well as other municipal institutions in charge of public spaces like the Artist Quarter or the Municipal Pantheon of Puebla, the Meritorious Autonomous University of Puebla, and other private universities.

In its last two years, the festival received federal funding through the “Cultural and Artistic Festival Support” program (PROFEST) by the Federal Department of Culture.

One obstacle that sometimes limits attendance at the festival is its wide array of cultural events by other organizations. As a result, one approach being considered is to establish alliances with these other bodies to allow open integration.

It is important to note that the festival considers attendees of activities as direct beneficiaries. It also has an impact on the economy of the local artistic community.

Each year the Festival fosters more participation by the residents of Puebla, while also promoting national and international tourism. It also provides a platform for shwcasing, appreciating and bringing together local and national creators to present arts and culture projets.

The festival has created new spaces for interaction for the Municipal Institute of Art and Culture of Puebla, and established a more participatory relationship with its citizens.

Public recognition has allowed the project to continue and to diversify its venues, which has made the Auxiliary Boards essential in the processes of decentralization and inclusion.

Each year the festival fosters more participation by the residents of Puebla. It also promotes national and international tourism by providing a platform for showcasing, appreciating, and bringing together local and national creators to present arts and culture projects.

General attendance reports were made, while photographic and audiovisual evidence was used in a final report on the festival statistics. In addition, a review was carried out of the participation programs for arts and performance disciplines. This looked at attendance, age, and gender.

Furthermore, there were clear indicators used in the area of tourism that corroborated visitor turnout and the economic benefits of the Day of the Dead festivities, which include the celebration examined herein.

The festival has seen a growing influx of visitors and economic revenue.

The festival has continued for over a decade, primarily because of the fact that it reflects the idiosyncrasies of the city’s social life. It has successfully seen the participation of different social sectors, while fostering the revival, preservation, and promoted of cultural practices, and subsequently contributing to the development of the city’s creative industries.

The event has been sustained throughout different municipal administrations, following its inscription in the Representative Lise of the Intangible Cultural Heritage of Humanity. Since then, the festival has focused on citizen participation through the parade, which allows collaboration with different schools and associations. In addition, actors in local cultural industries enjoy the economic benefits of collaborating on the various activities and events.

Puebla was a candidate for the fourth UCLG Mexico City – Culture 21 International Award (November 2019 – May 2020). The jury for the award drew up its final report in June of 2020, and requested that the UCLG Committee on Culture promote this project as one of the good practices implemented under Agenda 21 for culture.

This article was written by the Municipal Institute of Art and Culture of Puebla. 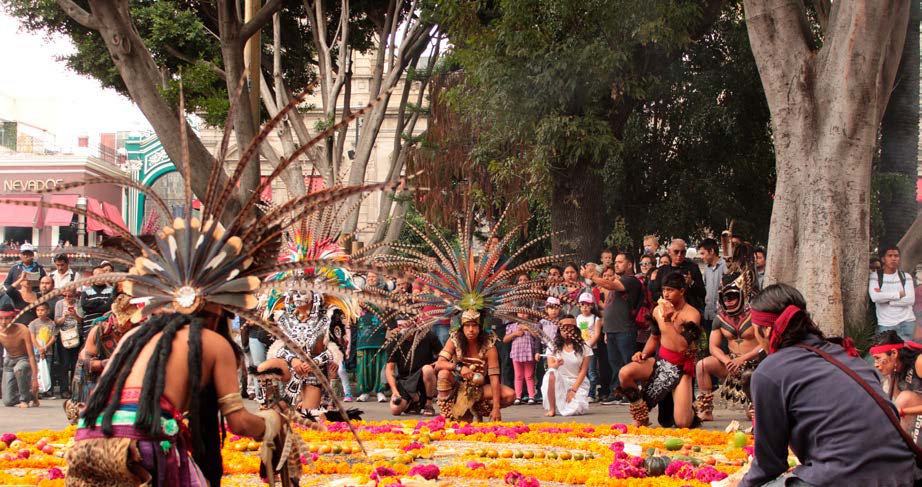