Bologna is a vibrant medium-sized town in the north of Italy, and seat of the oldest University in Europe, a key factor for the city fostering culture, creativity, new ideas and social, intellectual and economic growth. The main University campus is located in the historical center, area with a high concentration of heritage sites. However, the area is often considered a no-entry zone, always suffering from conflicts and decay.

Culture is one of the main elements of Bologna’s reputation in the world. The idea that culture is a competing market and a right for everyone to enrich their existence has always guided its municipal policies. In terms of resources, culture is worth 6% of the entire budget

The project, in the context of H2020 ROCK project, was started by the Municipality in close collaboration with the University. A Living Lab (U-Lab) was organised in the University area (U-Area) by the Foundation for Urban Innovation based on three main guiding pillars (sustainability, accessibility and collaboration for new cultural productions), bringing together citizens and other actors to co-design and co-build possible solutions to the problems of the area.

The project strategy also reflects the city’s main pillars of development policies in the field of sustainability and inclusion, considering culture and cultural heritage as moving engines fostering welfare and economic growth.

The main goal of the projects is to transform historic city centers characterized by social conflicts and decay into sustainable, accessible and creative districts.

Some of the key results are closely related to the actions fostered by Agenda 21. With reference to the 17 SDGs, Bologna Culture Living Lab relates to:

The main goal of the project is to transform historic city centers characterized by social conflicts and decay into sustainable, accessible and creative districts through an integrated, multi-stakeholder and place-based approach, which sees cultural heritage and people at the centre of circular transformation processes.

The initiative followed a 4-phases methodology:

U-Lab performed sociological and ethnographic surveys mapping key elements. Its results featured in the ZONA-U Atlas. Also, in 2018, the project funded 16 bottom-up proposals. The first regeneration action transformed the Piazza Scaravilli into a green and co-designed public space, through a participatory process. Then, the foyer Respighi of the Municipal Theatre was opened for reading, listening or studying. Other co-designed regeneration actions followed, in order to turn underused spaces in sustainable and accessible places for public use and sociality (Piazza Rossini as one of the main examples).

a) Culture, Cultural Heritage and Accessibility: “U-Area for All” is a co-design process launched to offer inclusive guided tours in the U-area for both tourists and residents, aiming at encourage people to explore the area and increase its accessibility for people with disabilities.

“The Five Squares” initiative is an example of how these assets have been mixed in a series of actions, making the main actors collaborate for a common objective. The event connected 5 squares located in the U-area to make people think about it as an interconnected organism, rich in hidden and often unknown heritage treasures.

The experimented actions have been translated into an Integrated Management Plan as an inspiring/strategic/operative guide with several levels of specificity for Policy Makers.

The project has allowed to test a set of heritage-led actions, many of which are becoming ordinary practices.

Bologna Living Lab has allowed to test a set of heritage-led actions, many of which are now becoming ordinary practices. More specifically:

Culture and cultural heritage, combined with sustainability and accessibility, have shown potential as a catalyst of urban sustainable development and inclusive growth.

An integrated evaluation system has been implemented, and is still ongoing, which includes both traditional methodologies (analysis of the socio-demographic context and data from institutional databases, surveys and interviews) and methodologies based on experimental and innovative technologies (crowd monitoring sensors, environmental parameters, and participatory mapping tools).

An improvement in the area is expected in terms of liveability, liveliness, investments, and social and political attention in the area.

Culture and cultural heritage, combined with sustainability and accessibility, have shown their potential as catalysts of urban sustainable development and inclusive growth, nurturing a circular process for heritage-led regeneration, plans and actions.

The collaboration between public institutions, private operators, citizens and other city users make this urban governance process effective and potentially replicable and exportable.

The cooperation with the University has been particularly effective, creating a “ROCK office” allowing municipal staff to work with researchers and students, finding innovative solutions to city challenges through research, and offering the opportunity to test research findings and ideas on the ground.

The living lab approach will be further applied, starting from the accessibility path underway and to enhance the regenerative power of culture and cultural heritage at district level. The experience gained also feeds the City Strategic Plan for Culture and CH. Moreover, an Integrated Management Plan has been drafted identifying Principles, Priorities and Tactics developed within the project to guide policymakers.

Bologna was a candidate for the fourth “UCLG Mexico City – Culture 21 International Award” (November 2019 – May 2020). The jury for the award drew up its final report in June of 2020, and requested that the Committee on Culture promote this project as one of the good practices to be implemented through Agenda 21 for culture. 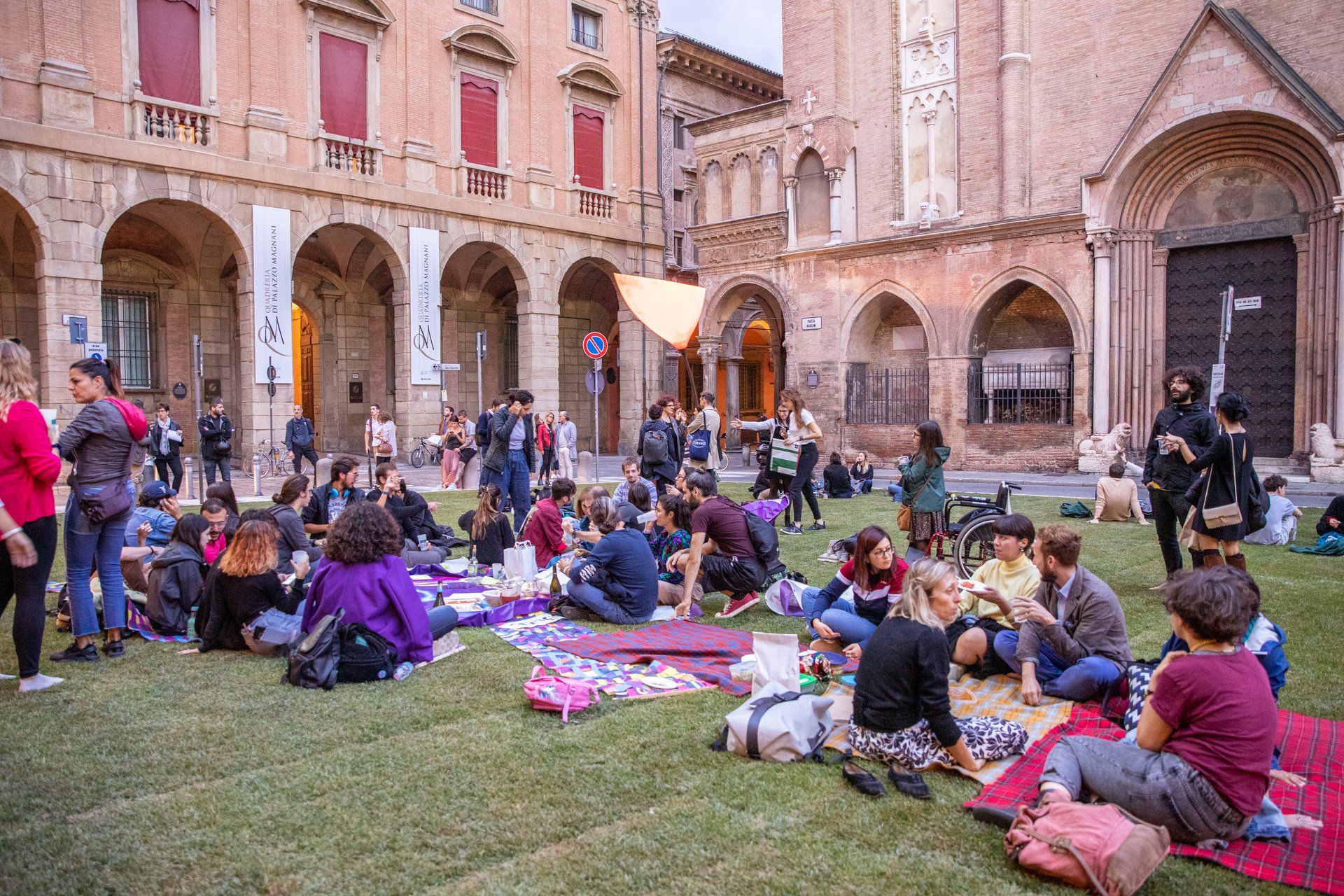