Around 90,3 million inhabitants populate Vietnam, situated in the South-East of Asia. Hanoi is the capital of Vietnam since the reunification of North and South Vietnam in 1976. Since the first series of economic and political reforms from the government in the mid-eighties, that little by little Vietnam achieved in 2011 the highest Global Growth Generators Index in the world.

The re-establishment of cultural pride related to the place is essential to addressing social well-being and promoting conservation values.

Ha Long Bay, which literally means “descending dragon”, is in the province of Quang Ninh in the northeast of Vietnam. This bay, an area of 334 km2, contains a large archipelago of karst landscape, pillars of rocks, islands and caves belonging to the ice age. In addition, there are many historical and archaeological sites around the bay. Definitely, this area is singular by its geomorphic features, natural characteristics, ecosystems and biodiversity, and moreover, it is a sacred place according to the legends and myths of the Vietnamese imaginary.

In 1962 the Vietnamese government recognised its importance by declaring it a National Protection area. Afterwards, in 1994 was listed as a UNESCO World Heritage Site in recognition of its universal aesthetic value and again in 2000 for its rock formations. It is estimated that three million domestic and foreign tourists will be attracted by Ha Long Bay by the year 2020.

In 2006 the Ha Long Ecomuseum was inscribed on the list of National Museums of Vietnam.

According to the executive director of the International Institute for the Inclusive Museum Amareswar Galla, in the past years, culture diversity in human development has been a major area of concern in Vietnam (INTERCOM Conference Paper, 2006; Museums in sustainable heritage development: A case study of Vietnam). In 1999 UNESCO Hanoi Office and Ha Long Bay Management Department came together to create a motor to conciliate two important aspects of this area: the conservation of the ecosystem and the development of its community.

This area is singular by its geomorphic features, natural characteristics, ecosystems and biodiversity, and moreover, it is a sacred place according to the legends and myths of the Vietnamese imaginary.

Finally in 2005 and according to a Vietnam Online newspaper, the deputy Prime Minister Pham Gia Khiem signed the approval of the Ha Long Ecology Museum and was included in the general plan for Vietnam’s museum system until 2020. Ha Long Ecomuseum is considered as a sustainable heritage development project together with the Vietnam Museum of Ethnology in Hanoi (which focuses on ethnic diversity, specific cultural characteristics and minority representation).

The Ha Long heritage is facing a series of challenges as a result of fast urbanisation, heavy population pressure as well as unplanned development of transport, tourism, coal mining and industries. Although 2.000 local people make a living on daily fishing and aquaculture, others have used explosive to exploit the stones on the mountain. The bay’s natural integrity can be destroyed by not only the mentioned issues but by deforestation, uncontrolled tourism activities or coal mining.

The Ha Long Ecomuseum aims to bring together the cultural action of stakeholders and the heritage resources into a participatory framework.

Therefore, this area has to be protected not only for its beautifulness and uniqueness but also for its use, because any violation of its natural environment can damage seriously this world heritage.

Actually, the re-establishment of cultural pride related to the place is essential to addressing social well-being and promoting conservation values. The goal is to produce harmony between the population and natural environment by mobilizing local people’s support and consequently raising awareness of challenges and responsibility for the preservation of Ha Long Bay.

“The most important intervention made by the local community stakeholder groups is the reclamation of the control of their cultural values through the Ha Long Ecomuseum project which brings people and their heritage together. While the external heritage model brings in a dichotomy between the natural and cultural, validating the natural for the recognition of World Heritage values, the local self-empowerment process through the Ecomuseum has been able to mainstream a local holistic approach to the total environment, challenging the imposition of an externality on local values”.

This area has to be protected not only for its beautifulness and uniqueness but also for its use, because any violation of its natural environment can damage seriously this world heritage.

The main objective with this Centre was to conserve this area, practices and traditions from the globalisation process. This Centre, which exists thanks to Norwegian Government’s funds, is regarded as the Vietnamese Government’s initial effort in preserving the village’s intangible heritage.

Since its opening, it has done well in collecting hundreds of archaeological items, including the tools ancient people used to catch sea products, along with photographs and documentary films concerning the village’s folklore and the lives of the fisherman living on Ha Long Bay until now.

According to Amareswar Galla (2006) Ha Long Ecomuseum demonstrates with its methodology and philosophy that ‘culture is recognised as one of the four pillars of development along with environmental conservation, social and economic development’. The important factor of this project is that for the first time Museology is being considered as part of the discourse of sustainable heritage development, and it is proved that it has significant results.

In 2006 the Ha Long Ecomuseum was inscribed on the list of National Museums of Vietnam, because of the proven positive results regarding the sustainable heritage development of the area. So far, this is the first Ecomuseum in the world to be recognise legally as a national museum.

This article has been written by Adriana PARTAL, UCLG Committee of Culture. 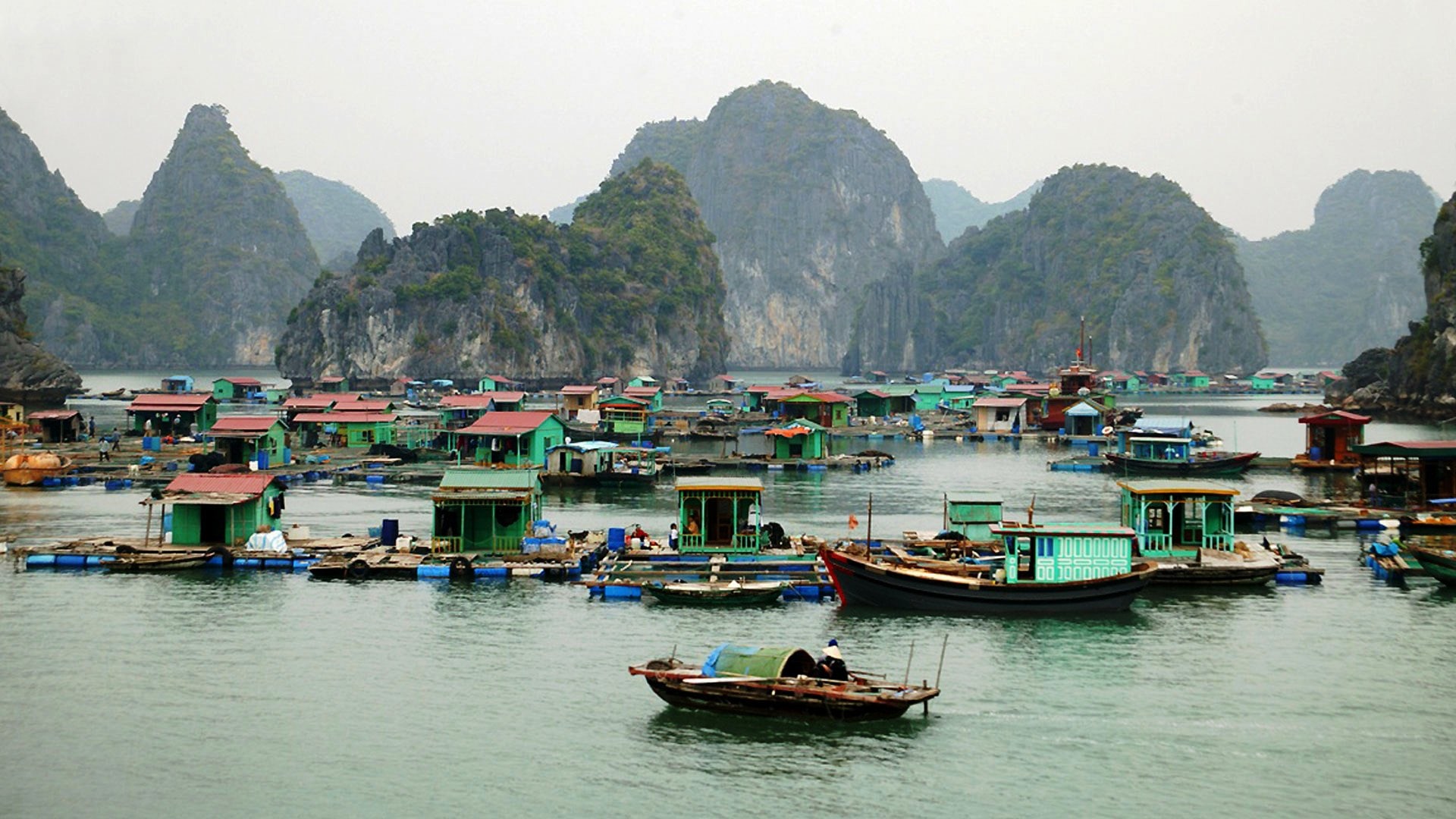