Barcelona, the capital of Catalonia, has 1,620,943 inhabitants (2012) in 100.39 km². It is located between the Mediterranean Sea and Collserola mountain rage, delimited in the south by the Llobregat River and in the north by the Besós River.

The city houses the most important self-governing institutions of Catalonia, such as the Generalitat de Catalunya and the Catalan Parliament. Barcelona City Council is the institution that governs and manages the interests of the city. The Barcelona Municipal Charter is the legal instrument that strengthens and guarantees the autonomy of the city.

Internationally recognised for its cosmopolitan character and its cultural, touristic and financial importance, it has hosted several major world events, such as the Olympic Games (1992) and the Forum of Cultures (2004). In the economic field, it is worth noting that the gross domestic product (GDP) of 2012 amounted to 61,915.2 million euros. Gross value added (GVA) is dominated by corporate and real-estate services (24% of the total), followed by collective services, industry, the third sector and transport. The area of Barcelona has 212 technology parks.

In terms of urban development, Barcelona is territorially divided, for historical reasons, into 10 districts. This facilitates a largely decentralised administration. Moreover, each district is formed by several neighbourhoods, giving it a particular character. The urban core of the metropolitan area comprises 5,012,961 inhabitants.

In socio-cultural terms, 20% of residents in the city are from abroad. The five main source countries are Pakistan, Italy, Ecuador, China and Bolivia. Another remarkable aspect is that Barcelona’s official languages, Catalan and Spanish, make it a bilingual city, although at present over 200 languages are spoken.

Over half of those employed in the creative industries in Catalonia are in Barcelona.

2.1. Barcelona, as home to many cultural facilities

Barcelona has over 90 museums and collections and countless local cultural facilities, such as libraries, social centres, theatres and concert halls. It houses major facilities, such as the Picasso Museum, MNAC and the Natural Science Museum, among many others.

Barcelona has important archaeological and heritage sites, ranging from a Roman settlement to religious monuments as well as other monuments from different periods. Eight buildings have been listed as World Heritage by UNESCO, most of them from the Catalan Art Nouveau period. Moreover, there is a great contemporary artistic heritage through the legacy of artists such as Gaudí, Miró, Dalí or Tàpies.

2.3. Barcelona and the third cultural sector

The number of organisations recorded in the city of Barcelona, with legal personality and non-profit-making or public, amounts to almost 800. These associations range from those devoted to promoting traditional Catalan popular culture to others working for technological and creative innovation.

2.4. Barcelona as an international tourism reference

According to Turisme de Barcelona, in 2010 over 7 million people visited it, and it is the sixth most visited European city.

At present there are 14 private and public universities in the city.

Moreover, its main challenges in terms of cultural policies are divided into the following six blocks:

a) It is important to achieve greater cultural democratisation by encouraging access to culture through the artistic and creative community; for instance, by putting within their reach resources to promote cultural production or by redefining the Barcelona Art Factories; and also through citizens themselves, making consumers of culture the main protagonists, promoting the network of local cultural facilities or creating appropriate strategies between cultural facilities and associations (price policies, new audiences, etc.).

b) It is necessary to fully exploit and strengthen the innovative and creative capacity generated by the city, making the economy of knowledge a motor for the city itself. Thus, it is essential to encourage new projects of innovation and creative entrepreneurship by exploiting, for example, the holding of the Mobile World Congress, or fostering artistic-cultural exchanges with other cities in order to increase the international presence of the cultural sector of the city. In this respect, it is important to develop the cultural and artistic excellence of the city by creating spaces where this can easily develop. Working strategically as a city with universities, research and technology centres and parks becomes a challenge, in order to promote the innovation developed there.

c) Moreover, making Barcelona an educating city is another challenge of its cultural policies. It is necessary to create shared strategies in the fields of education and culture, producing, for instance, the map of formal and informal artistic education in the city in order to establish a new model of collaboration with the existing public and private centres.

d) Another challenge is to reassert the cultural heritage of the city as a generator of knowledge and for it to be within the reach of all citizens. Some significant measures in relation to this challenge are, for instance: to turn the Design Hub Barcelona into a dynamic space of shared public-private management; to open El Born as a heritage interpretation centre of the events of 1714; to define the project of the Museum of World Cultures, or to develop the uses of Montjuïc Castle.

e) The fifth challenge is to be able to reflect, disseminate and project Catalan culture and identity internationally in the 21st century. In this respect, it is important to promote Catalan as the language of the city and the ultimate expression of its cultural identity and to strengthen the expressions of Catalan popular and traditional culture by enhancing the networking of the facilities that promote it.

f) Finally, the sixth current challenge of the cultural policies of the city of Barcelona is to improve the organisational models and the funding and management systems. In this respect, it is essential that cultural policies achieve tax incentives for patronage, increasing the sponsorship of cultural activities and promoting alternative formulas for the funding of programmes.

Fully exploit and strengthen the innovative and creative capacity generated by the city, making the economy of knowledge a motor for the city itself.

At present, the cultural policies of the city of Barcelona mainly concentrate on 10 measures being implemented during the current political mandate (from 2011 to 2015):

a) Promote strategies enabling the initiatives and projects with a high level of excellence to find the conditions to develop.

b) Foster a strategy shared by the education and culture fields to promote knowledge and creativity. The joint work with schools is essential. The aim is to strengthen educational activities in the cultural centres of the city and programme initiatives that bring schoolchildren closer to its cultural provision. Moreover, the connectivity between schools and neighbourhoods is being improved with the end of encouraging equal opportunities and social cohesion.

c) Encourage innovation and creativity in all fields as a motor of the economy of knowledge and foster the creation of clusters with added value. Barcelona must work as a cultural laboratory, positioning the Art Factories and DHUB and promoting technological innovation and management systems from its different facilities.

d) Put within the reach of the artistic and cultural community the resources necessary to promote cultural work and production at all levels and foster throughout projects in which citizens, rather than consumers of culture, can be the protagonists.

e) Assert the value of its cultural heritage as a generator of knowledge and encourage the work of museums and archives so that they put within the reach of all citizens the wealth and diversity of Barcelona’s cultural treasures. For this measure there are specific projects, such as strengthening the Barcino Plan, fostering the Archaeology Service and recovering Jewish Barcelona.

The result of the cultural policies of Barcelona is that local facilities, such as libraries and social centres, have become networked cultural nodes of knowledge, essential for the daily working of the city.

f) Promote the events, festivals and associations of the popular and traditional culture of Catalonia in order to encourage their modernisation and endow them with infrastructures while fostering their contribution to the social cohesion of the neighbourhoods.

g) Foster the dissemination, expansion and international presence of Catalan as the language of the city and as the ultimate expression of its cultural identity. The aim is to promote the presence of the current “Spaces of Language and Culture” so that they become dynamic centres for learning Catalan, in collaboration with the facilities.

h) Position the culture and creativity of Barcelona in the world through a greater international presence of the cultural projects and facilities.

i) Promote Barcelona as the capital of Catalonia, echoing the diversity and dynamism of everything taking place in the country and promoting its international presence. Barcelona houses major facilities such as MACBA, the Picasso Museum and MNAC. Thus, it is important to act as the capital of Catalonia in a responsible way through networking with other Catalan towns. It is also necessary to foster Barcelona as a pole of cultural attraction, creativity, knowledge and innovation of Catalan culture for visitors. Moreover, 2014 marks the 300th anniversary of the events of 1714, which will foster reflection on Catalan identity and culture in the 21st century.

j) Produce and implement proposals to improve the organisational models and funding and management systems. This involves optimising the resources for culture, increasing attendance at concert and performing arts halls or improving the management of municipal nursery schools.

In this respect, the most significant programmes and projects that illustrate the cultural policies of the city are:

The result of the cultural policies of Barcelona is that local facilities, such as libraries and social centres, have become networked cultural nodes of knowledge, essential for the daily working of the city. This generates greater cultural democratisation.

The promotion of Catalan traditional culture has meant that traditional neighbourhood festivals and events are now major instruments of social cohesion, promotion of identity and recovery of public spaces.

The preservation and dissemination of the cultural heritage of the city has had important economic outcomes, mainly linked to the cultural tourism in the city, which affects, on the one hand, the improvement of its transport network and, on the other, the international recognition of Barcelona as a cultural city par excellence.

In the case of the cultural policies of the city of Barcelona, Agenda 21 for culture has contributed to designing cultural policies more focused on the promotion of cultural diversity and individual rights. Moreover, with this document, culture has been legitimised in its multiple expressions, gradually creating the need to have a cultural perspective on all the projects in the city (urban, economic or social). In short, Agenda 21 for culture has helped to approach culture as an essential dimension of sustainable development. 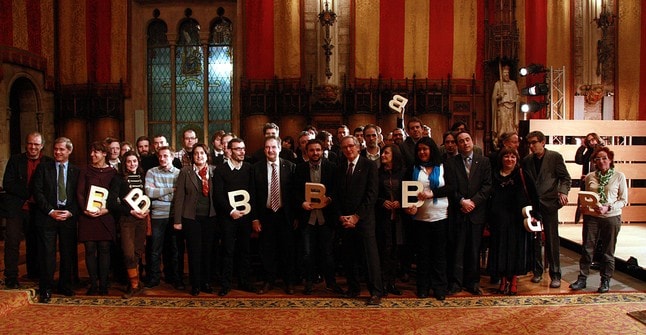