Rio de Janeiro has a population of 6.320.446 people. Since 2012, the city has undergone changes focused on the improvement of life quality, while hosting important events in the last years (World Youth Day in 2013, Pope Francis’ Visit, Rio+20, World Cup and 2016 Olympic and Paralympic Games). Having identified a growing demand for active citizen participation, the Secretariat of Culture has envisioned “Ações Locais” as a way of addressing the popular demand for cultural activities in areas that did not receive much public resources and services. Given the knowledge of what is already implemented, Ações Locais focus on granting access to public resources to cultural actors located in these areas.

The program was developed in the Secretariat of Culture, in partnership with the Rio450 (450th anniversary) Committee, in order to foment citizenship and cultural diversity. The program tried to address the existing popular need for participative and inclusive cultural activities, and access to public resources or to the right conditions to amplify their work.

The logic behind the cultural policies is to take culture and related activities to places that had not received much governmental support. In the last years, culture has been at the centre of policy elaboration and implementation, since it entails a complex network that is part of the society. The cultural policies value the role of the public sector as a propellant, inductor and encourager of the production of cultural goods and products in the city.

Their focus has been on the long-term activities on public formation and the democratization of culture. Cultural policies (from elaboration until implementation) respect diversity, democratization of cultural access and public, and participation of all actors involved. Cultural policies were developed considering other political and social spheres in order to reach more people and make them complete and transversal.

THE INITIATIVE AIMS AT PROVIDING THE RESOURCES FOR THE DEVELOPMENT AND CONTINUITY OF CULTURAL ACTIVITIES CARRIED OUT BY INDIVIDUALS COMMITTED TO THE PROMOTION OF CULTURE THROUGH CITIZEN PARTICIPATION AND CULTURAL DIVERSITY.

The Program Ações Locais relates to important principles and commitments of the Agenda 21 for culture (A21C), a national reference for cultural policies. Local are practices, activities and projects in the areas of culture, art, communications and knowledge that produce effective social transformation in specific spaces. The Program Ações Locais relates to the A21C focusing on cultural development based on the multiplicity of social agents of the city. This space is privileged when it comes to cultural elaboration and creative diversity, enabling human development. The initiatives allow low-income citizens to have access to technological and communications means, strengthening local culture and enriching knowledge and information. Also, improves access to better conditions to expand the local actors’ cultural activities. To increase the offer and access to public resources means to recognize the cultural richness of less privileged people. Therefore, according to A21C, “Ações Locais” uses cultural activities as a means of empowerment, citizen engagement and democratic local governance.

The program Ações Locais aims at providing the resources for the development and continuity of cultural activities carried out by individuals committed to the promotion of culture through citizen participation and cultural diversity in Rio de Janeiro.

1. To value and to guarantee the sustainable use of the environment, landscape and cultural and historical patrimony in the process of the city’s development ;

2. Make Rio a more integrated city from the cultural and urbanistic point of view;

3. Turn Rio in an important political and cultural centre in the international scenario.

The Secretariat of Culture consulted two civil society organizations in the phase of development of the Program. These (“Observatório de Favelas” and “Agência Redes para Juventude”) were chosen because they conduct strategic activities in the cultural field. The dialogue was informal and every participant had the opportunity to suggest how “Ações Locais” should be developed and focused on. The project cooperated with “Cultura Viva”, an initiative developed by the Ministry of Culture of Rio de Janeiro. It aimed to support and promote cultural activities in areas of the city that historically had not received much public resources to this end. This shows the exchange of practices and lessons learned between the Federal and Local Governments.

The majority of the beneficiary population of Ações Locais comes from vulnerable areas of Rio de Janeiro where few cultural projects before 2014 were implemented and often lacked the appropriate resources. Not only is Rio’s population beneficiated, but also the implementers of the project, who are now able to carry out their work thoroughly and with the required resources.

CULTURE AND RELATED ACTIVITIES ARE TAKING PLACE IN AREAS THAT HAD NOT RECEIVED MUCH GOVERNMENTAL SUPPORT.

It has had a positive impact in the work performed by the local government, especially the Municipal Secretariat of Culture. During the process of receiving applications for the programme, the Secretariat was able to map the cultural demands of Rio de Janeiro. With this map in hands and a clear understanding of the needs of Rio de Janeiro’s society. Therefore now is able to focus its activities and culture promotion in areas where they are demanded.

The impact on culture and cultural actors of the city is very positive. They received financial resources to improve their activities and broaden their reach with the public. Areas of Rio de Janeiro

that received less attention have now turned into lively cultural areas. During its first edition, 15 articulators of the Municipal Secretariat, based on their knowledge of the potentials of different areas of the city, publicized “Ações Locais” throughout the city’s territory and capacitated local actors.

The program has been able to strengthen neighbourhoods and peripheral areas’ activating the process of local development.

THE PROGRAM HAS BEEN ABLE TO STRENGHTEN NEIGHBOURHOODS AND PERIPHERIAL AREAS ACTIVATING THE PROCESS OF LOCAL DEVELOPMENT.

The programme established the Undersecretary for Citizenship and Cultural Diversity, which now counts with the Department of Local Actions. It deals specifically with the projects related to “Ações Locais” and focuses on the continuity and sustainability of these cultural activities.

The city of Rio de Janeiro was a nominated candidate for the second 'UCLG International Award - Mexico City - Culture 21' (January-May 2016). The awards jury produced a final report in June 2016 and asked the UCLG Committee on Culture to promote this project as a practical example for the implementation of Agenda 21 for Culture.

This factsheet was put together by Ms. Lia Baron, Undersecretary for Culture and Citizenship, Rio de Janeiro, Brazil. 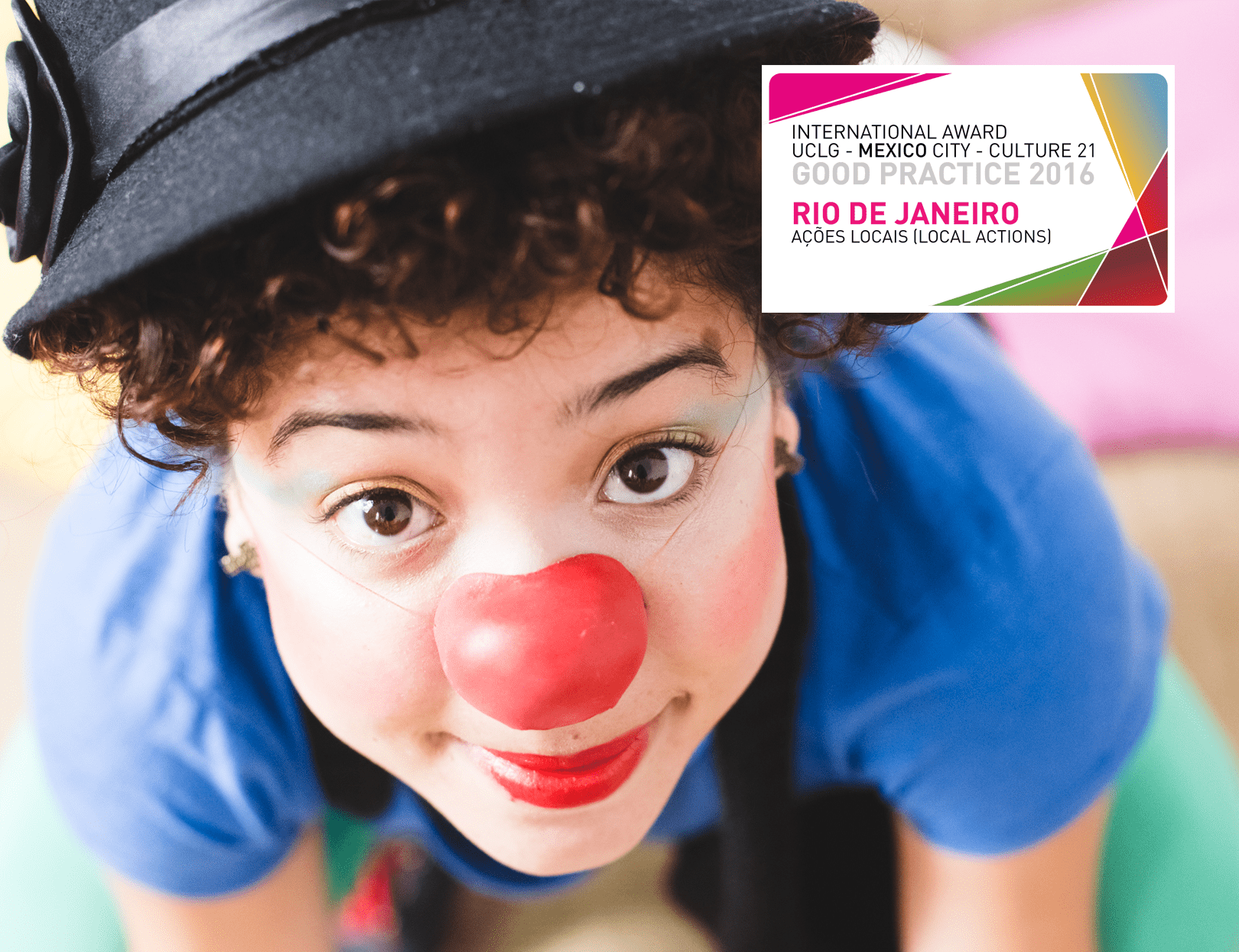