Nizhny Novgorod is one of the largest cultural centres in Russia. The city, which turns 800 in 2021, is situated on the confluence of the Oka and the Volga rivers. The Volga divides the city into two parts: the higher one (where the historical part of the city and the kremlin are situated and where most of the events take place) and the lower one. Due to the developed structure of culture institutions, the city had preserved much of its cultural heritage and traditions.

The purpose of Nizhny Novgorod’s cultural programme 2018-2020 is to address the needs in the field of culture and art and to provide access to culture, which is done through organising mass events. This programme sought to address the population’s low interest in cultural events. In 2019, a non-traditional approach to the celebration of the City Day was undertaken for the first time. The location of celebration was changed, and a larger number of sites on a wide range of themes was created. The date of the holiday has also changed to August to coincide with possible date of the city’s foundation.

The new concept the City Day programme included 10 festivals on different themes. The development of the cultural sphere of Nizhny Novgorod region will lead to creating favourable conditions for the citizens’ professional and creative self-realisation, and for the development of the educational, intellectual and spiritual level of society. The participants of the large event had an opportunity to visit a lot of smaller ones, which were united by the common idea of the celebration.

The development of the cultural sphere of Nizhny Novgorod region will lead to creating favourable conditions for the citizens' professional and creative self-realisation.

As a part of the preparation of public space for the celebration of the 800th anniversary of the city, it was necessary to prepare a new concept for the increased involvement of citizens. This is especially important for unity, as well as for the formation of a recognisable cultural image of the city, for both local people and tourists.

In 2019, the approach to organising City Day radically changed. A new date was chosen for celebration, every third Saturday of August, to mark the fact that the 800th anniversary of the city takes place on 19 August 2021. The central location for the festive events dedicated to the City Day of Nizhny Novgorod 2019 was the Nizhne-Volzhskaya embankment, the Strelka water area, as well as the Grebnoy channel.

The new conception of the City Day is aimed at a wide range of interests of citizens. For the first time, the festive programme of the event included 10 thematic festivals at once

The city citizens became not only the audience, but also the participants thanks to the interactive part of the festivals. The culmination of the City Day was the Strelka Fireworks Festival.

As a part of the preservation of public space for the celebration of the 800th anniversary of the city, it was necessary to prepare a new concept for the increased involvement of citizens.

The Nizhny Novgorod city administration has gained invaluable experience in realising the ambitious City Day celebrations. Moving the celebration from a familiar place, Minin and Pozharsky Square, allowed the city to examine other locations that have a great potential. The citizens’ high interest in the festivals demonstrated the effectiveness of the idea. For example, in 2020 the city administration successfully transferred the celebration of Maslenitsa to the lower part of the city. In addition, the administration noted the eectiveness of thematic diversity and the involvement of creative teams in Nizhny Novgorod and the region.

The scale of the holiday, and the great involvement of residents, have created attractive conditions for cultural figures of the region. The City Day has become not only an event for a variety of leisure activities, but also a place for creative expression. Producers of culture and art of Nizhny Novgorod were given the opportunity to demonstrate their talents.

The scale of the holiday, and the great involvement of residents, have created attractive conditions for cultural figures of the region.

Residents of the city and regions had the opportunity to contribute to the creation of the holiday. The festival workshops, competitions, master classes and other events were open to everyone.

The basic criteria of the project are attendance and people’s comments.

In one day, the location of the celebration was visited by a total of almost 100,000 people. Nearly 60,000 people visited the central venue on the Nizhne-Volzhskaya Embankment, which is a clear indicator of the great interest of the residents of Nizhny Novgorod in the format of city festival, especially considering the weather conditions weren’t favourable.

Nizny Novgorod was a candidate for the third “UCLG Mexico City – Culture 21 International Award” (November 2019– May 2020). The jury for the award drew up its final report in July of 2020, and requested that the Committee on Culture promote this project as one of the good practices to be implemented through Agenda 21 for culture.

This article was written by Roman Yakovlevich Beagon , Director of the Department of Culture of Nizhny Novgorod, Russia. 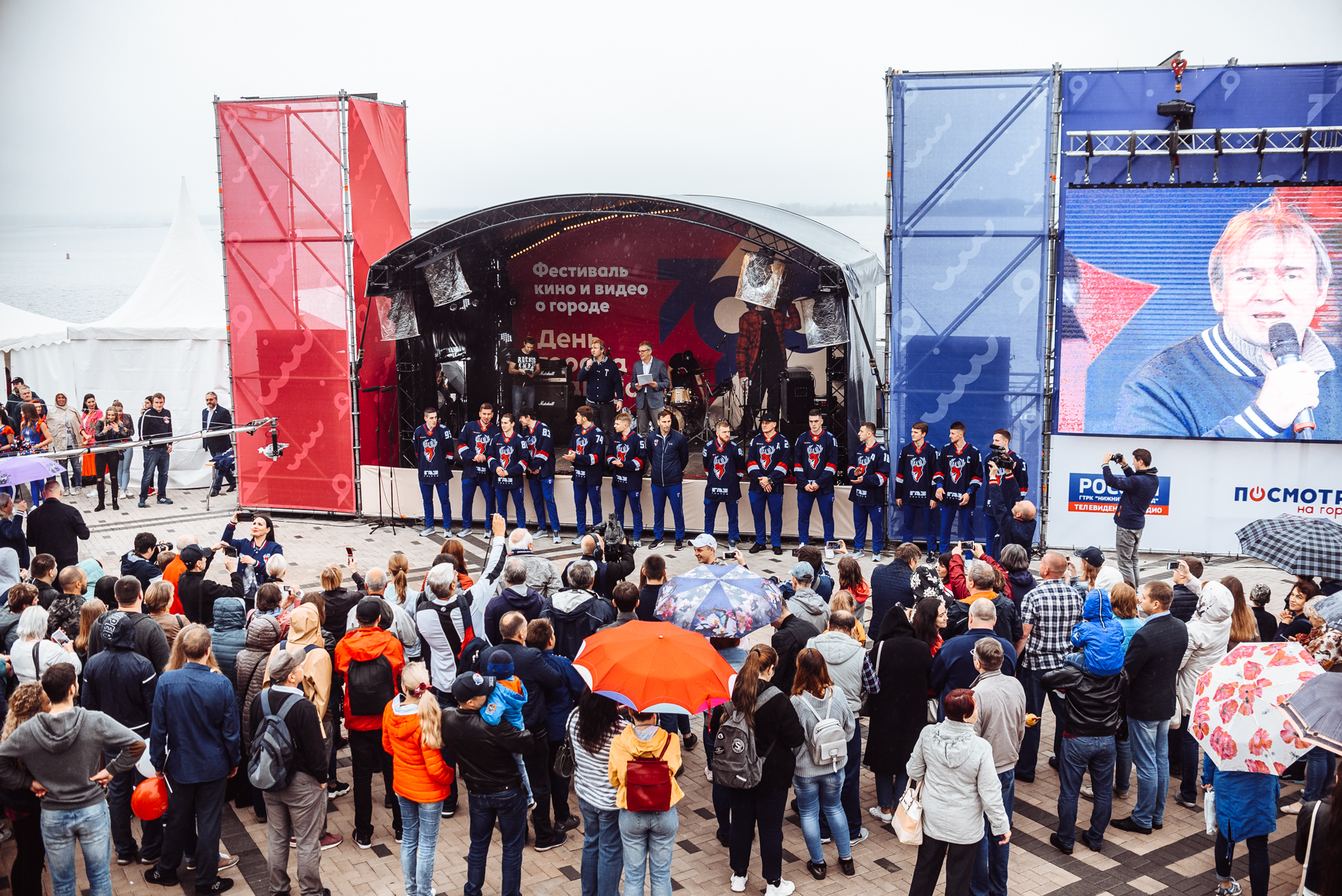