The NA! project was developed in the City of Namur. Even with a population of just 110,000 inhabitants, the region boasts a strong choir community. In fact, nearly one in three people were a member of a choir in their youth and continue to participate today. As a result, the Wallonia-Brussels Choral Federation (ACJ) has its headquarters in Namur. In 1987, local authorities created the Choral Singing Centre, which later became the Centre for Vocal Art and Early Music (CAV&MA). Characterised by this artistic identity, Namur prides itself on being a destination for choral music. Several major international choral events took place in Namur, bringing artists and a significant foreign audience to the city. It is through such initiatives that the members of NA! have concentrated their efforts. They have done so not only to sing together, but also to build a sector that favours active listening, reflection on a better society, and one that is geared towards their common goal: music.

NA! IS A TOOL THAT LENDS COMPREHENSIVE VISIBILITY TO ALL THE PROFESSIONAL CLASSICAL MUSIC EVENTS IN NAMUR.

Prior to the creation of NA!, each promoter operated in an isolated, unconnected way. As a result, overlapping concert dates posed a regular issue, which frustrated audiences and forced them to make a choice. There were few relationships, and little communication, between different promoters, so the public was left alone to find tickets themselves. Since the creation of NA!, brainstorming on this subject has become a core focus. In particular, more thought has been given to renewing public interest, and encouraging youth to come to classical music concerts. With this in mind, a pricing policy has been adopted to help provide further incentive for young people under 26 to attend. This is a way to introduce audiences to Namur's different, unique venues, and to create synergy in this sector. Every two months a meeting is held to analyse these approaches and to reflect upon shared decisions. The Centre for Vocal Art and Early Music took the initiative to establish this platform. In doing so it also envisaged building a more professional structure for 2020, with an auditorium that can seat 800 people.

As part of the Namur Confluent Culture project, this harmonious and coherent communication platform has been implemented for the sector and for the local authority, the City of Namur. The aim is to facilitate public access to culture, especially classical music. Indeed, Namur's cultural identity has been strongly developed around vocal art and early music. Namur's public is heavily involved in the classical music sphere, supported by important internationally-renowned organisations, such as the CAV&MA or the Namur Higher Institute of Music and Pedagogy (IMEP). As a significant part of the city's cultural identity, it has increased tourism and therefore brought outside audiences to the city. Its high-quality, artistic events have become more organised and coherent, enabling audiences, in only a few clicks, to learn about all of Namur's classical music and related professionally organised events. This shared sale system makes it easier to sell tickets. NA! is a genuine tool for making public events simpler with respect to communication and reservations. Its design was made possible through a commitment by Namur's Alderman of Culture who provided financial assistance for designing and maintaining the site, printing posters, as well as for publishing a quarterly brochure. The CAV&MA is the mainstay for coordinating work among every party involved. Each group participates in the project in accordance with the rules outlined in a mutual agreement. It should be noted that no single stakeholder has overarching authority over other members, and that decisions are made collectively.

The NA! programme brings together all promoters of professional classical music in Namur. The 9 organisations are the Wallonia-Brussels Choral Federation (ACJ), the CAV&MA, Cavatine, the Festival Musical of Namur, the Organ Festival of Namur, Namusiq, the Philharmonic Society, the Namur Higher Institute Music and Pedagogy (IMEP), and the Namur Conservatory. These nine groups represent the core of the project. The Jeunesses Musicales also joined, and were invited to the meetings despite not being promoters. They also benefit from NA! services by occasional promoters whenever necessary.

Again, the CAV&MA is the mainstay for coordinating work among every party involved. Each group participates in the project in accordance with the rules outlined in a mutual agreement. There is no leading stakeholder, and that promotes more democratic decision-making.

NAMUR CAN TAKE PRIDE IN BEING AN IMPORTANT CENTRE FOR CHORAL MUSIC.

The NA! project is a tool that lends comprehensive visibility to all the professional classical music events in Namur. It also creates easy online access to tickets. Each group acts independently with regard to their communication and relationship with the public. However, it is done through the NA! project, a portal for additional information on bookings. After operating for two years, feedback has been extremely positive. Promoters have learned from one another, worked together, and also made Namur's project into a cohesive one. The results for the general public have been just as profound and even more identifiable. Audiences have been larger and events have been more profitable. Notably, hotels have praised the brochure for informing guests of events being held during their stay.

Overall, the network seemed to be well-established and functioning. As a result, there are currently no areas that need to be changed. The creation of such a network requires all those involved to create equal opportunities among groups, and to work together to drive the initiative without concern for power, means, or political standing. In Namur, the CAV&MA has agreed to endorse this approach by making its resources available to the network as a reference framework, while adhering strictly to a fully cooperative, democratic mode of functioning. However, if the network becomes susceptible to struggles for authority or finances, it can risk failure.

This article was written by Patricia Wilenski, Deputy Director for ASBL CAV&MA in Namur, Belgium. 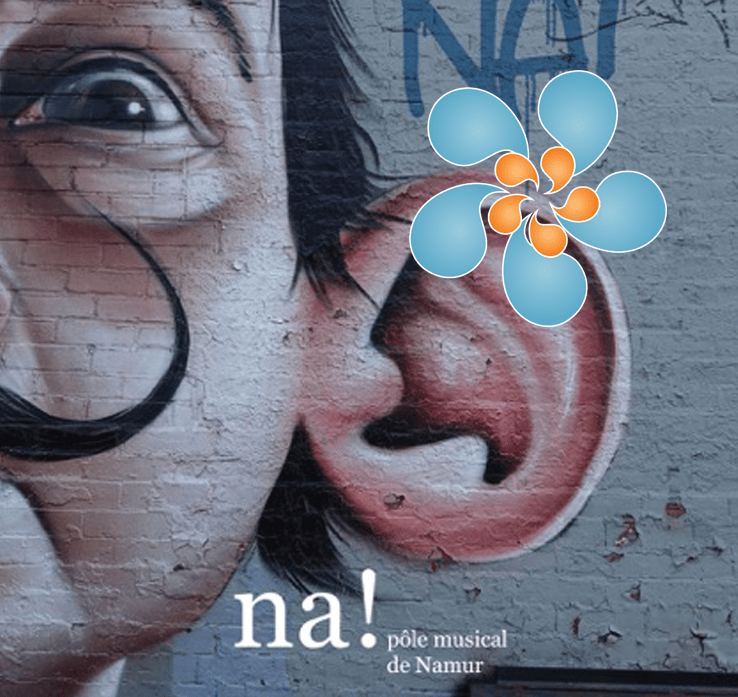