This programme mainly takes place in Buenos Aires, although the interest awakened has led us to organise activities and presentations in different locations in Argentina and other countries such as France, Italy and Uruguay.

In Buenos Aires, the growing interest of young people – mostly in their twenties – in tango became very clear in the mid-1990s. However, those who wanted to learn how to play had very little information available: there were no musical arrangements, re-releases of recorded music by the orchestras of the “golden era” were very limited and there were almost no typical orchestras remaining to listen to and learn from. In this somewhat bleak context, the creation of the Emilio Balcarce Tango Orchestra School emerged out of necessity.

It is important to explain the situation before the start of the project. For 30 years, the generational transmission of the musical language of tango was almost non-existent. Before this, the typical orchestras had been the “schools” of the genre: the young musicians joined and learned the styles of tango. Tango, like all popular art, develops thanks to the link between generations, but if there is no meeting point it stagnates or, worse, is forgotten. This is what happened in Argentina, when the typical orchestras began to disappear.

Tango, like all popular art, develops thanks to the link between generations, but if there is no meeting point it stagnates or, worse, is forgotten.

The objective of the project is for new generations of musicians to learn the stylistic secrets of tango from the most important figures of the genre still performing and with the original arrangements of the typical 1940s and 1950s orchestras. In this way, we are rescuing an intangible cultural heritage through the oral transmission established between the protagonists of those years and the young people of today.

The Emilio Balcarce Tango Orchestra School was conceived by the musician Ignacio Varchausky in 2000. The model sought to bring together the old masters with young people, giving them a repertoire of emblematic arrangements for them to play together and thus codify the different performance modalities of tango.

The intensive work of the Orchestra managed to re-establish the oral transmission between the different generations and celebrate the masters, who for the most part no longer had an orchestra with which to play.

Over these 14 years of work a complete generation of almost 300 musicians has been trained. The new tango scene – today featuring hundreds of orchestras and ensembles with an excellent level – is nourished to a great extent by the students who completed the program.

The courses last for two years and are divided into two parts. In the first year, students play the most representative styles of orchestral language from the 1940s and 1950s with original musical arrangements and guided by the Music Director. For each style there is a historical and analytical music talk, and a master is invited to offer performance guidelines and share his or her experience. Moreover, compositions by the first director Emilio Balcarce and the current director are also studied.

In the second year, the orchestra welcomes a series of guest masters, who come to play their repertoire, rehearsing for a month and then completing their contribution to this pedagogical process with a concert. The teaching staff acquires knowledge and codifies all this information to ensure the continuity of the oral transmission into the future. All this wisdom provides the basis for what will be the Handbook of Tango Orchestra Style, a documentary record of all these years of work. Membership of the orchestra is by audition.

The Emilio Balcarce Tango Orchestra School is mostly funded by the Buenos Aires Arts Council through its Sub-Secretariat of Cultural Heritage, which pays the staff salaries. Moreover, the not-for-profit civil association TangoVia Buenos Aires provides the venue and musical arrangements – property of the Tango Digital Archive – and is responsible for the production of the recordings released by the orchestra. The programme has also had the support of other institutions, such as the Sociedad de Autores y Compositores (SADAIC), the Asociación Argentina de Intérpretes (AADI) and the National Library .

This project would not have been possible without the help of all the great masters and the tango community, from musicians and dancers to the general public.

It is worth saying that this project would not have been possible without the help of all the great masters and the tango community, from musicians and dancers to the general public . We would particularly like to emphasise that the tradition of tango has been rescued and codified, and its stylistic secrets are now part of the vocabulary of a new generation of musicians. Moreover, this language is still advancing, changing and developing. Over 300 musicians from Argentina and other countries have learnt it. Moreover, a video library of enormous historical and documentary value has been created by filming over 10 years of the rehearsals with guest masters. Thus, future generations will enjoy and learn from the work of the masters they did not know.

The orchestra performs a free concert every month, making an important contribution to the cultural map of the city. It is also the best way of sharing the achievements of the programme with its community, a community that gave birth to it and sustains it.

One of the most beautiful and satisfying outcomes of the project is being able to take advantage of the wisdom of the elders before it is too late. And although we have worked with profound passion, effectiveness and method, there were a few masters who we did not get to know and with whom we were unable to work, generally because of lack of time or resources. Therefore, if we were to start over, we would make twice as much effort to exploit the historical moment, working hard and skilfully to ensure that lack of resources does not deprive us of the possibility of broadening experiences alongside the masters.

The orchestra performs a free concert every month, making an important contribution to the cultural map of the city. It is also the best way of sharing the achievements of the program with its community, a community that gave birth to it and sustains it.

This article has been written by María Victoria ALCARAZ, sub-secretariat for Cultural Heritage, Ministry of Culture of Buenos Aires. 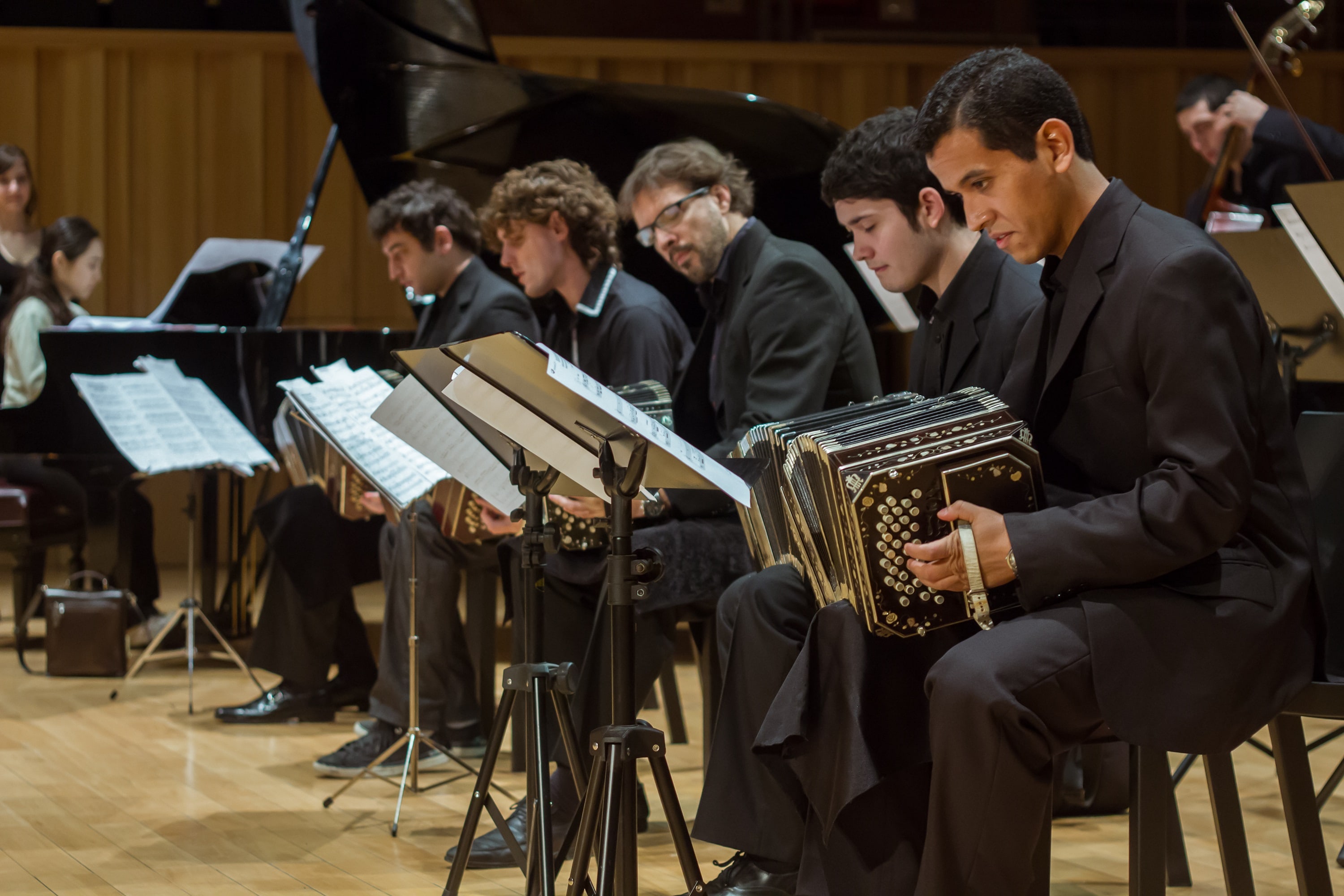