Culture and citizens connected to public space in Canoas

Canoas is a part of the metropolitan area of Porto Alegre, the capital of the state of Rio Grande do Sul, Brazil. With a population of approximately 341,000 people, the municipality is an industrial hub. It is 38th in its GDP compared to all Brazilian cities and third in Ro Grande do Sul, with a diverse economy. Currently, Canoas has set a national and international benchmark for citizens' participation, and for transparency in public management, using innovative tools. The city is also known as a hub for education, with three universities and the second best education network in the country. Since 2009, the municipal government has developed an innovative project on local management which seeks transparency, citizen participation, social inclusion, citizen security, and an assessment of public services. The municipality has advanced the process of civic involvement by implementing innovative cultural policies that rehabilitate public spaces and offer high quality cultural activities to citizens.

As a peripheral metropolitan city, for many years Canoas was merely considered to be a commuter town, in which people lived but travelled away from to work and spend free time in other cities. Canoas lacked cultural spaces, programmes, projects for local artists, and especially did not have innovative resources to provide citizens with a cultural life for their city.

The project seeks to provide citizens with a broad range of cultural activities that take place in the city's current public spaces. It also aims to create new spaces for citizen cohabitation. With unique identities and a focus on residents, such areas would promote city-wide development in all sectors.

Cultural policy in Canoas was built in 2009 with a significant change in the city's public administration which saw the creation of the Municipal Secretariat of Culture and the development of a strategic cultural plan. Since then, many projects have been implemented through national policies. Such policies have addressed different areas including citizens' security, public participation, or social inclusion.

The city's cultural policies have three main goals. The first is to providing public access to sources of culture. The second involves carrying out projects in public plazas and parks that are completely free. The third objective is to guarantee public accessibility. These would all strengthen production, regional and artistic cultural dissemination, as well as emphasizing the works and talents of local artists. Through such initiatives Canoas has turned citizens into the primary actors, and made it possible for residents to choose their own cultural attractions. This way they can establish their own identity and fortify ties with fellow citizens. Now, citizens do not feel the need to frequently leave and head to the capital city in search of cultural and leisure activities.

With its cultural projects, Canoas has also positioned itself to cooperate in the economic development of the region, subsequently promoting the city and the state of Rio Grande do Sul as cultural hubs in Mercosur trade bloc.

To provide citizens with a broad range of cultural activities that take place in the city's current public spaces. It also aims to create new spaces for citizen cohabitation. With unique identities and a focus on residents, such areas would promote city-wide development in all sectors.

To decentralise cultural activities throughout the region and to enable citizens' free access to culture.

Cultural policy in Canoas has the Ministry of Culture of Brazil as its main partner, as well as the Rio Grande do Sul State Secretary for Culture. In addition to various programmes and projects, the city has worked in partnership with universities, with funding from corporate institutions.

The municipality has always coordinated its efforts alongside the policies developed by the federal government, through the Ministry of Culture of Brazil. The city has also worked with the Rio Grande do Sul state government through the State Secretary for Culture. These different government bodies participate as more than project partners. In many cases they help to facilitate the implementation of national projects.

The following are some of the programmes they have carried out:

The local government has shown a keen awareness of the importance of culture as a part of the city's development in different sectors.

The local government has shown a keen awareness of the importance of culture as a part of the city's development in different sectors. It is conscious of the fact that the projects they have implemented are geared towards establishing social inclusion, promoting education, and the decentralisation of knowledge. Furthermore, free events help to spread the idea that all citizens have a right to the city.

Cultural actors have become involved in projects and have built new policies, expanded rights, and established new spaces for citizens to be able to grow culturally.

The decentralisation of cultural activities throughout the territory helps to provide access to culture for different neighbourhoods. One example of this is the setting up of libraries in five plazas across the city.

Culture has become a cross-cutting element that affects all sectors of the local government, and particularly the lives of citizens. It is a fundamental right, necessary for the exercise of citizenship and democracy. In Canoas, culture has occupied a central role in the administration, by promoting the democratic use of different spaces. This is evident in examples such as music week, the Municipal Conference on Culture, or the Municipal Council of Culture, which are all responsible for an ongoing dialogue with various sectors of society. Additionally, this has promoted cultural diversity, which is an inherent part of Brazil's heritage, as seen through Carnival.

The local government must offer opportunities to revive public interest in culture, particularly as all citizens contribute to the development of an innovative city.

Canoas uses two methodologies for evaluating results. The first is a system based on monitoring government goals. This responsibility is conferred upon each of the municipal secretaries every semester, with elections every four years. The second is a system for monitoring and evaluating public works and services.

The programme has a growing process, which must be continued and deepened through new activities in the coming years. Some initiatives have already been added to the annual calendar, and are not based on temporary policies, but rather on actions that involve the lives of citizens.

The City of Canoas was a candidate for the second "UCLG Mexico City – Culture 21 International Award" (January – May of 2016). The jury for the award drew up its final report in June of 2016, and requested that the Committee on Culture promote this project as one of the good practices to be implemented through Agenda 21 for culture. 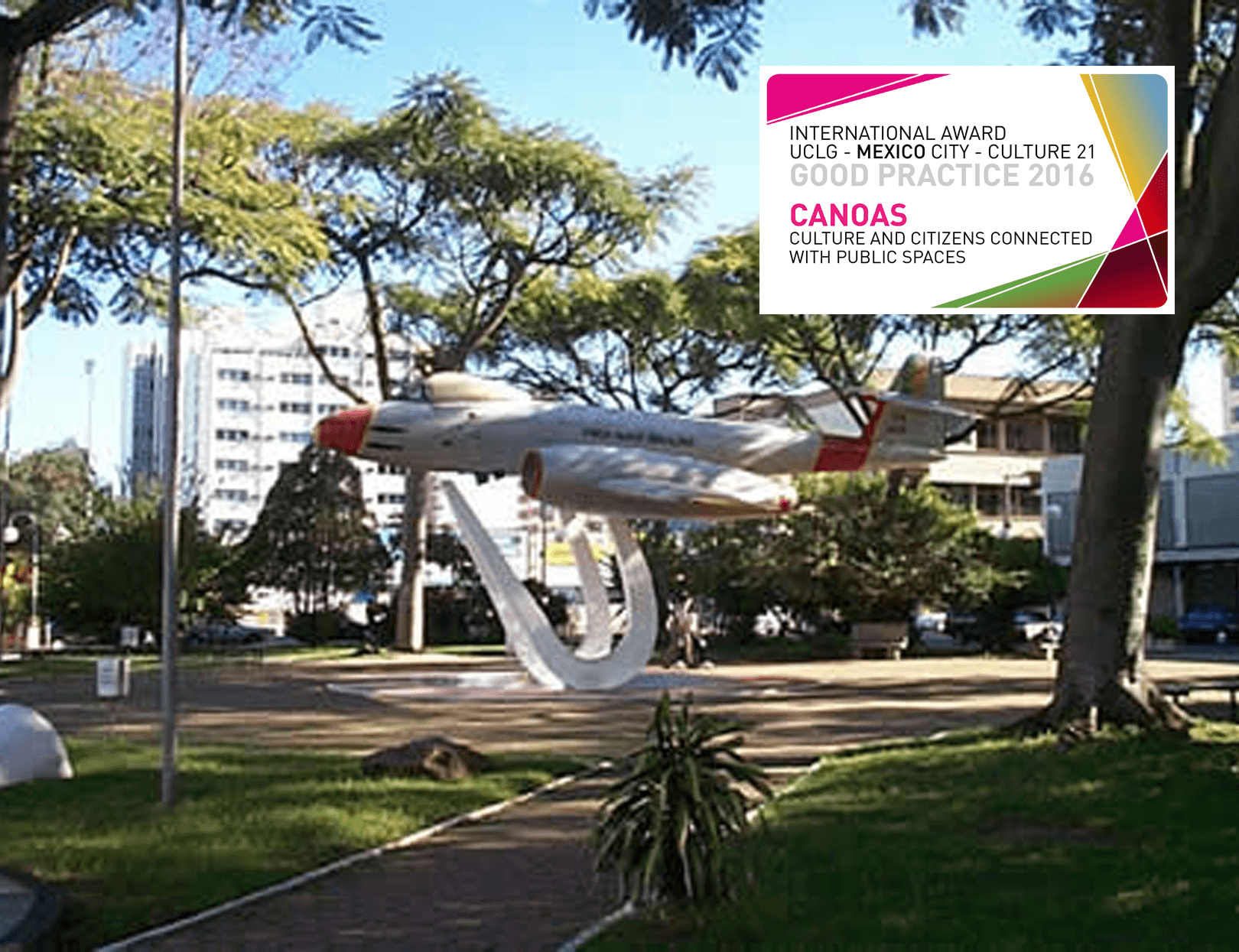