Buenos Aires, with a surface area of 202 km2, is the capital of the Argentina. The population, with a cosmopolitan and immigrant composition, is estimated at 3,100,000 inhabitants. The urban area occupied by the city is the largest in the country and is, therefore, where the main economic activity takes place.

In 1994 the city was granted autonomy and its government is organised through the executive, legislative and judicial powers, several audit offices and an administration comprising 15 comunas and 48 districts. It is also the seat of the National Government and of regional and international organisations.

Founded in 1536, Buenos Aires, a cosmopolitan and plural city, was the seat of the Bourbon Government in the Río de la Plata until the independence of Argentina in 1810. Its status as a port city gives it an outstanding place in the economy and also influences the shaping of the social structure. This structure is formed by a high level of immigration from the city port, inland and the bordering countries, contributing to national growth and making Buenos Aires a multicultural city. These migratory movements, which give it a cultural and social syncretism, date back to the great demographic movements that have taken place since the late 19th century.

In terms of urban development, the territory is divided into districts with cultural identities differentiated both by their expressions and their practices.

The everyday life of the city produces cultural exchanges whose expressions, traditions and multiple social uses make up a symbolic mosaic in the field of tangible (see Act 1227) and intangible experience.

Interculturalism and the social cohesion of citizens generate genuine expressive codes which are transformed into singular values and preferences that identify the city culture.

The everyday life of the city produces cultural exchanges whose expressions, traditions and multiple social uses make up a symbolic mosaic in the field of tangible and intangible experience.

In Buenos Aires there is an extensive day and night life which can be seen in the bookshops, the neighbourhood bars, and the shows performed in auditoriums or public venues. The city’s residents go out with friends or family to enjoy tango.

The local gastronomy is a reflection of the culture. The restaurants are enclaves of a fusion of Creole and European cultures and other gastronomies from Latin American countries.

The culture of Buenos Aires can also be seen in the use of the beautiful public landscape of the parks, inland walks and strolls along the banks of the Río de la Plata.

Finally, culture is also found in the stylistic, versatile and sophisticated architectural richness , both in the private and public spheres.

3. The challenges for the cultural policies of Buenos Aires

a) Preservation: based on the guidelines of international organisations, we must adapt and innovate in the integral management processes of cultural goods in order to:

b) Legislation: regulate the actions of the different bodies that make up the management of Buenos Aires City Council in terms of cultural goods and expressions.

c) Promotion: establish a continuous dynamic aimed at raising awareness of the public about cultural heritage and cultural goods.

d) Knowledge: promote the generation of knowledge of cultural heritage for innovative decision-making.

e) Invigoration: creatively incentivise the invigoration of heritage so it can be preserved and enjoyed.

f) Cooperation: coordinate actions at local, regional and international level to ensure that management of Cultural Heritage meets the current and innovative standards.

The residents of Buenos Aires have the opportunity to become aware of the tangible and intangible heritage.

Below, these six challenges are developed into conceptual action lines for strategic development, including the names of some programmes and projects that illustrate the cultural policies of the city, accompanied by an internet link.

These are actions whose aim is to safeguard the cultural goods and expressions of Buenos Aires through inventories and cataloguing to guarantee preventive conservation and restoration. The objectives are:

This is the set of laws with the aim of regulating certain actions related to the theme of cultural goods and expressions. In this way, the bodies that make up the management of Buenos Aires City Council can work together under a single line of action, with a standardising vision of tangible and intangible cultural heritage. The basic objective is to produce a new legislation to broaden cultural rights and the consolidation of sustainable public policies.

This is the set of activities, techniques and methods of information, awareness-raising and persuasion, employed to raise the local population’s awareness of the existence and necessary conservation of tangible and intangible cultural heritage. The basic objective is to establish a continuous dynamic aimed at raising public awareness of cultural heritage and cultural goods as a whole.

This is the formal, systematic and intensive process to carry out a method of analysis, whose objective is to obtain new knowledge, based on critical analysis. This generates greater understanding of cultural goods and expressions in Buenos Aires. The objectives are:

This is the tool of protection, safeguarding and promotion, facilitating the management of cultural goods through different incentives, whether economic or social, thereby generating cohesion between bodies of different kinds with the management of Buenos Aires, through programmes with tangible and intangible cultural heritage. The objectives are:

Joint work encompasses the participation of groups of people or bodies, national and international, to carry out tasks related to cultural heritage and exchange of knowledge, both in Buenos Aires and other countries involved. This action line is based on the work carried out by the Ministry in this field of action: Mercociudades, INTERLOCAL Ibero-American Network of Cities for Culture and UCLG, among others.

The basic objective is to coordinate actions with international organisations for active participation in the local, regional and international cultural networks to unify management with the most up to date and innovative standards.

The radical innovation projects are: the seminar “Cities, Culture and Future”, UNESCO Living Heritage Programme (more information here), and “Participation in the Network of Cultural Centres of America and Europe” (RCCAyE), which brings together public and private institutions characterised by their enormous versatility, hybrid constitution and combination of cultural management and reflection on cultural themes.

This action line offers training in artistic-cultural activities or crafts with high level and internationally recognised teachers in neighbourhoods undergoing urbanisation, which allows the cultural training of their members, their inclusion, and support and promotion of the talents detected. The basic objective is to use culture as a vehicle of inclusion and as a generator of equality of opportunities.

Another significant impact is the encouragement of continuous research which enables new knowledge and enriches the culture itself.

Cultural policies have positively contributed above all to the following aspects. First, the residents of Buenos Aires have the opportunity to become aware of the tangible and intangible heritage they possess. Moreover, teaching is encouraged to safeguard this heritage, which in its turn facilitates and enables the generational handing down of tangible and intangible heritage.

Moreover, another significant impact is the encouragement of continuous research which enables new knowledge and enriches the culture itself. In addition, fostering cultural projects in the city nourishes creativity, as those lacking in resources can be undertaken by seeking alternatives.

Thanks to the incorporation of schools and workshops dedicated to programming artistic activities in neighbourhoods undergoing urbanization, their residents gain better social cohesion through art.

4.2. Buenos Aires and the Agenda 21 for Culture

The foregoing reflects the city’s commitment to the A21C and its presence in the development of the cultural policies that seek to be sustainable, and encourage citizen participation and social inclusion.

This article has been written by María Victoria ALCARAZ, vice-minister of Cultural Heritage, Ministry of Culture of Buenos Aires. 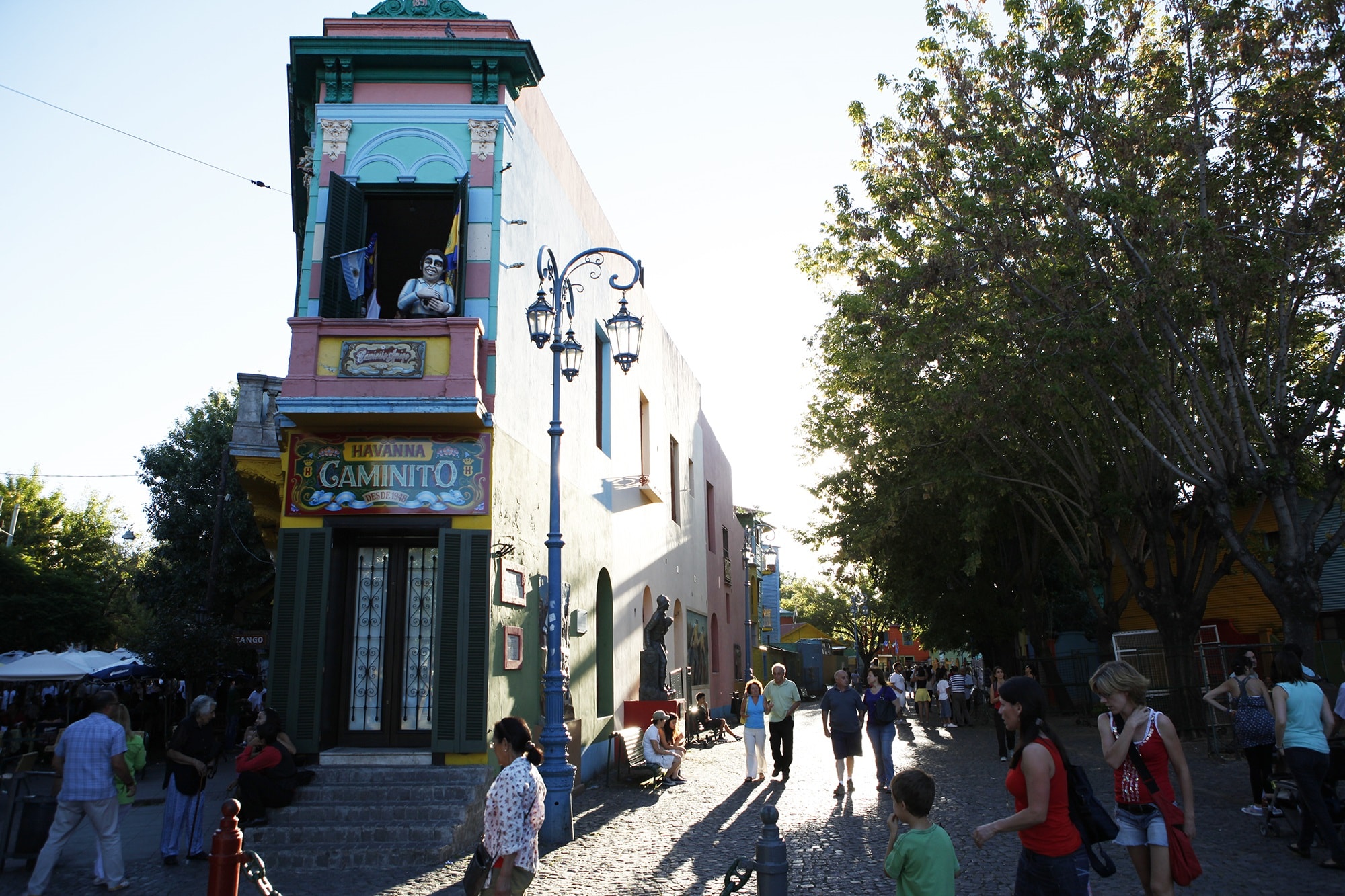