Esch-sur-Alzette is the second largest town in the Grand Duchy of Luxembourg, despite its size (14.35km2) and population (35,382 inhabitants on 1st January 2019). Esch is located next to the French border, in the post-industrial South Region of Luxembourg. It was the capital of the "Red Lands", where iron ore was formerly extracted. Due to its geographical location and its social and demographic mix, the town can be considered a symbol of European integration. This is where the European Coal and Steel Community's (ECSC) first steel casting took place, in the presence of Jean Monnet.

Esch is characterized by its broad mix of residents (in 2019, 57% were non-nationals representing 123 countries). There are also many Belgian, German and French cross-border workers. The population is also mixed in socio-demographic terms with a large population of labourers, craftsmen and traders (the real estate market is relatively accessible), as well as people from the middle classes and senior executives, especially since the University opened in 2013.

In terms of town planning, there is a long pedestrian avenue that cuts through the historic centre of Esch, which is surrounded by parks and working class and middle class neighbourhoods. There are industrial areas and wastelands that stretch around the town, representing many development opportunities. New neighbourhoods have emerged, particularly since the 2000s, and each has its own character. Such as the interesting University of Luxembourg district, which has developed during the 2000s on the Esch Belval industrial site. Esch is therefore expanding and is a town in transition.

Cultural characteristics of the town

Large family parks and a considerable array of architecture (industrial and mainly 20th century) are focal points of interest in Esch, especially for families.

There is also quite a large range of cultural institutions. This includes the municipal library, the municipal music academy, the municipal theatre, the National Resistance Museum, KulturFabrik, and the Rockhal, which attract people from far beyond the town’s borders. The University, which opened in 2013, also opened a Learning Centre in 2019, which is unique in the region.

In addition to the regular and plentiful programmes put on by these institutions, there are also ongoing activities organised by cultural and socio-cultural organisations.

There are also major events in Esch's cultural calendar, including the Grande cavalcade annuelle (carnival), the LGBT GayMat parade and the Nuit de la Culture. The latter allows inhabitants to celebrate culture throughout the night in a participative way. Finally, the Francofolies have just moved to Esch.

In addition there are: the town's two cinemas, private and municipal galleries, a school of sculpture, a school and a street art workshop (Kamellebutteck), a sociocultural centre led by artists in residence (Hariko), a socio-cultural radio station, etc. An artists' residence is under construction for 2022.

In short, there is a wide and varied range on offer (music, street arts and heritage especially) that is aimed at very eclectic audiences. This is supported by the municipal authorities, who believe in an ideal of "cultural democracy". Investment in culture represents more than 10% of the municipal budget. It is the first town in Luxembourg to have a strategic plan for culture of this scale. Esch will also be European Capital of Culture in 2022.

Esch's cultural strategy adopted in 2017 for a 10-year period is the result of a long collaborative process carried out since 2010; in particular an in-depth review of the strengths, weaknesses, opportunities and threats relating to culture, carried out as part of the Agenda 21 for Culture self-assessment.

The following challenges were identified during the development of the cultural strategy in 2017. The majority are being worked on:

In 2017, the town of Esch unanimously adopted a 10-year cultural strategy called Connexions (connections). It is the result of a long collaborative process, carried out from 2010 onwards, which involved in particular a thorough assessment of the strengths, weaknesses, opportunities and threats of culture in Esch. The assessment was carried out as part of the Agenda 21 for Culture self-assessment.

The general aim of this strategy is to "make Esch-sur-Alzette, a recognised creative cultural centre (in the town, the region, the country and the Greater Region) for the diversity of its culture and its ability to innovate and create.” In other words, in 2027, the town will have a recognisable cultural identity among all audiences in the Greater Region, or even beyond. This cultural identity will be linked to creativity, diversity and innovation.

The strategy is divided into six main areas (or "project aims"), here ranked in order of importance (starting with the most pressing and concerning):

The town's commitment to be European Capital of Culture is one of the strengths of the strategy and is an opportunity for the town to strengthen its actions.

Four key enablers will be put in place to achieve these goals by 2027:

Implementation of this strategy is the central mission of the Culture Department, supported by the Cultural Governance Council, created in 2017. The latter brings together people from the cultural sector, from local government and the various services in the town involved in the development of cultural life.

This strategy will be implemented in three phases:

The town's commitment to be the European Capital of Culture is one of the highlights of the strategy, and in particular is an opportunity for the town to strengthen activity (including its economic development and image). This is why the Esch 2022 objectives align strongly with those of the Connexions strategy. In order to achieve this, an increase in budgets, systematic training for professionals and an evaluation plan are set out for the 10 years. As the strategy is intended to be collaborative and evolving, the objectives of the evaluation plan will be reviewed periodically (particularly in 2018, 2019 and especially after 2022) depending on the results of particular studies (with a greater understanding of the context it may be possible to better define specific objectives) and in line with the results achieved. The evaluations planned for 2022 and immediately thereafter will be an opportunity for the town to appraise itself, and potentially to readjust, the mid-term strategy.

It is too soon to measure the impact of the cultural strategy on institutions, the town’s image, the development of creative industries, the participation of inhabitants in cultural life, etc.

The major impact we seek is for inhabitants to be more involved in the cultural life of the area. This will be achieved through 1) ensuring easier access to programmes organised by cultural institutions (improved participation in "institutional" culture), and above all 2) developing greater consideration for local identities, minority cultures and public traditions. It is hoped that people will be able to express their culture and have the desire and the opportunity to create. In addition, this "neighbourhood" culture must enable links to be established between inhabitants, to create shared space and ownership, thus improving Esch’s image.

Joining Agenda 21 for Culture went hand in hand with reflecting on the town's cultural strategy. Following the programme and developing the strategy therefore informed each other. In this way, the self-assessment workshop helped to develop a baseline and set priorities for the strategy. The strategy process has also benefited from the advice of A21 experts over the past three years.

Implementation of the 4 pilot measures then helped to determine priorities for the objectives and actions to be implemented at the beginning of strategy implementation.

Finally, a day of exchange with Namur raised questions about similar actions between the two towns (residences, link to town planning, urban art...). 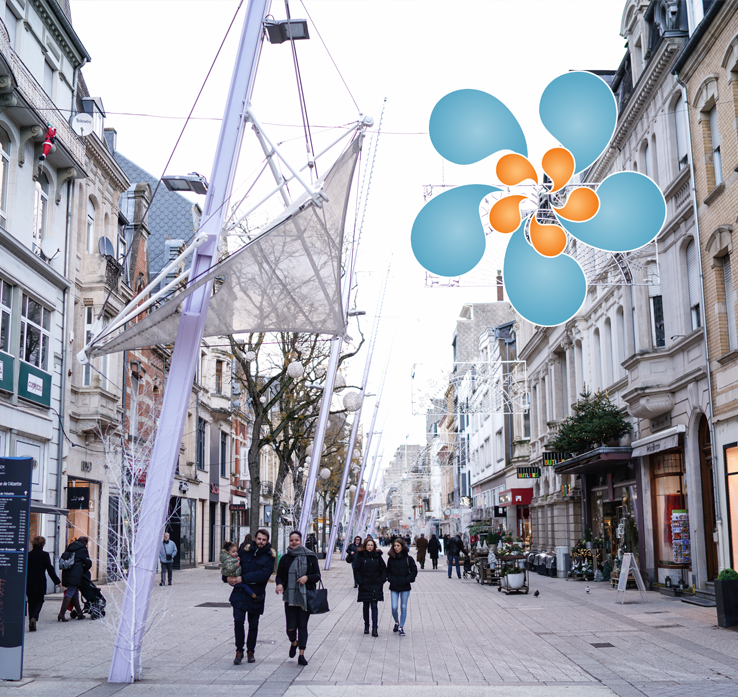