Establishing the Esch-sur-Alzette Cultural Governance Council relates, as the name suggests, to the commune of Esch-sur-Alzette, which will be the European Capital of Culture in 2022. It is an average sized (35,382 inhabitants) old industrial town, characterised by a large mix of social backgrounds; with a large population of labourers, craftsmen and traders, as well as people from the middle classes and senior executives. The University of Luxembourg has also recently been established in the town. Esh is varied and bustling (despite its size) and is a town in transition; it is gradually changing as new districts are created, replacing industrial wastelands. The town is rich in diverse cultures and has extremely varied cultural programmes and activities with good national and international visibility (primarily in the fields of music, street art and heritage).

The Cultural Governance Council sets out and implements the management of cultural policies in the town. It works collaboratively and respects the opinions of all actors involved in culture in Esch.

How the project came about

Before the governance body was established, three problems had been identified:

The town's Culture Department put in place the cultural governance structure with a view to alleviating these three problems simultaneously.

It was envisaged there may be some difficulties with lack of involvement of certain actors, who did not have experience this type of collaborative work (which has not been the case in practice).

The town of Esch's Cultural Governance Council is responsible for ensuring cultural development continues and is relevant in the long term and is politically independent.

At the end of 2017, we brought together a group of people involved in Esch culture (see next section). These members formed the Governance Council. The Council's identified mission was to develop and implement the town's cultural strategy (Plan Connexions, 2017-2027). The Governance Council ensures ongoing relevant cultural development in the long term and is politically independent. It also ensures greater collaboration between cultural actors, who are encouraged to work together with a common objective, while respecting varying opinions and approaches to culture.

During the first year (2018), the Breakfast sessions focused on involving stakeholders in the town's cultural strategy, by reflecting on different methods and themes (role of a cultural strategy, public evaluation and studies, governance, funding culture, etc.) and by proposing collaborative work around these themes. For example, the strategy objectives, governance tasks and new rules for funding cultural projects were developed by the group at the beginning of 2018.

Once the strategy was defined (end of 2018), we moved on to a second phase of the Breakfast sessions. The focus shifted to themes linked to the commitments of Culture 21 Actions in relation to the town's projects. External people attended most sessions to present their experiences and there was time for discussion, which generally resulted in new collaborative projects being developed.

These meetings therefore provide an opportunity to exchange ideas and network as well as providing ongoing training for actors.

The GC comprises one or more members of the municipal cultural institutions (library, music academy, theatre); member(s) of the town's Culture Department; one or more members of the Esch2022 team (until at least 2023); the Head of the Advisory Committee on Cultural Affairs and the Commissioner for Culture. Upon request, other cultural or socio-cultural actors (universities, non-profit organisations, centres, foundations, private institutions, etc.) can join, provided they are professional bodies located in Esch.

Other people may occasionally attend GC meetings: members of other municipal services, citizens, volunteers, etc. In addition to participating in discussions at Culture Breakfast sessions, members also contribute to reflections around cultural policy. They suggest connections between partners, collaborate on projects and propose new tools. In short, all members get involved (to a greater or lesser extent depending on the time they have available) and contribute to establishing truly collaborative activities.

The last Breakfast session of the year (in December) is an opportunity to 1) review activities undertaken during the year and 2) hear expectations of members for the following year (themes of Breakfast sessions, guests, dates, etc.).

In 2023 and 2027, an evaluation of the strategy and in particular of the governance (which is one of the tools of the strategy) is planned. This evaluation will be carried out in partnership with a university research laboratory, most likely through interviews or focus groups to evaluate governance (to be determined).

The Governance Council sets out and applies how cultural policies in the town should be managed. It works collaboratively and respects the opinions of all actors who are involved in culture in Esch.

We do not currently have sufficient time to evaluate how effective the mechanism is. Nevertheless, we are particularly satisfied with the quality of collaboration and the richness of exchanges that have arisen from this governance mechanism.

What does seem necessary though is to: prepare the content and the programme in advance and to increase the subjects covered; involve actors on an ongoing basis (not only during meetings: it is necessary to communicate face-to-face and to be aware of problems that may arise); ensure that all actors (large and small) have the same decision-making power; and have other additional mechanisms (for example, training to work more closely with interested institutions on certain themes). We also aim to have a digital platform for internal exchanges that has a site / blog to promote this collaborative work (project in progress for 2019/2020). It is necessary, therefore, for at least one person to work on this full-time, to ensure follow-up (monitoring, studies, training, communications). 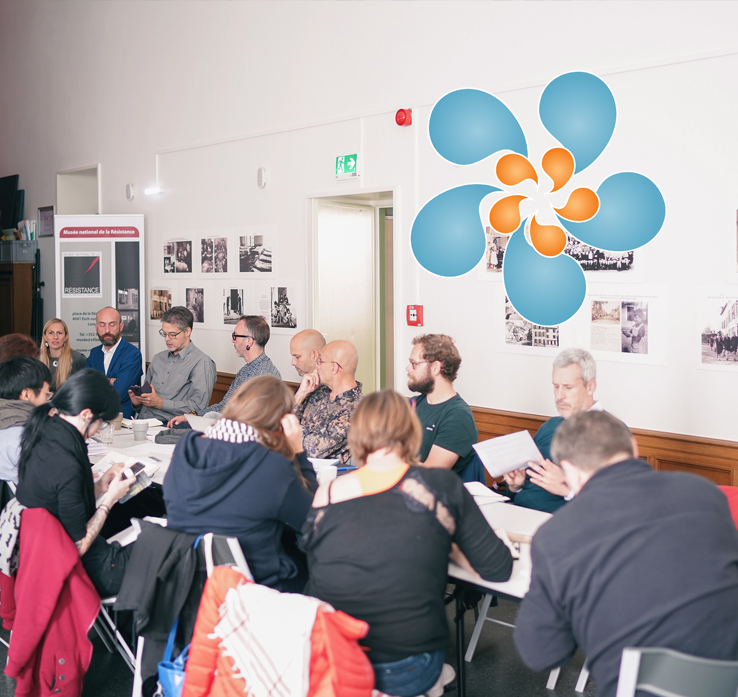