Graffiti in Bogotá has been recognised as an urban cultural practice, primarily by youth groups. It is also considered a form of artistic expression or urban art. However, it also has a significant effect on the city's cultural heritage. In Bogotá, various public policies have been developed in the hopes of regulating graffiti.

The office of the Mayor issued Act 75 of 2013, for the regulation of the responsible practice of graffiti, as well as the recognition of it as a cultural and artistic act (normative action). It also created the Bogotá Graffiti Assessment with the aim of understanding, in detail, the distinct types of graffiti present within the city. This included urban art, writing, football fan associations, and political graffiti. (knowledge and recognition actions) It established the District Graffiti Board as a central space for the discussion and articulation of things associated with said practice, its regulation, training, and control (participative action). This supported the local experiences of graffiti collectives, in treating them more visibly, and promoting responsible graffiti (promotional action) Graffiti was argued to be a key of cultural democracy, which meant it was a space to put pressure on the city's attitudes represented by various citizens and institutions. (political action). The "Culture For Life Multipliers" was implemented as a learning process, joining graffiti and democratic values, to create a developmental stage for generating municipal agreements, and increasing trust in public entities (pedagogical action). Graffiti in Bogotá recognizes the many and the diverse; it has been a challenge for the city to be able to understand and learn from its practice of various existing expressive forms for public appropriation.

The "culture for life multipliers" training model is a pedagogical tool in search of closer ties with cities through the mobilisation of cultural sensitivities. The idea is to effect change in public representation geared toward empowering cultural democracy.

In 2010, a court action decided in favour of a group of citizens, learning toward the recognition of a right to a "visual pollution-free" environment. This was given that an area of the city was considered to be affected by the presence of advertisements and graffiti. The judge ordered, among other things, that the mayor's office was compelled to regulate the practice of graffiti. At the end of 2010, Mr. Diego Felipe Becerra, a young graffiti artist, was killed by a police officer. This sparked a national debate over graffiti and the rights of those who practice it.

This democratic debate in ordinary city life showed the city's various positions on graffiti as an act of vandalism, an artistic practice, and as contemporary urban art. In this scenario, the debate over rights was raised in the city, from which emerged other stances pertaining to the way in which the city was seen and projected. This is an exemplary case of a city's daily practice of democratic debate. This debate formed a space for dialogue about daily life in the District Graffiti Board, and a meeting place between the graffiti community and the mayor's office, joined with the issuing of Act 75 of 2013 through a participatory exercise.

The District Graffiti Board 's central role, as well as the relationships with the mayor's office and its institutions associated with graffiti artists were undertaken in a horizontal and participative way. Coordination of this was assumed by the District Institute of Art. Through a discussion and consensus, agreements were made regarding the issues raised, based on mutual trust. At the same time, Local Graffiti Boards are settings for discussions between local institutional actors and local graffiti artists. They appear primarily in 6 localities (Ciudad Bolívar, Engativá, Fontibon, Barrios Unidos, Chapinero, and Kennedy). The dynamic is such that relationships are horizontal but conflicts are introduced by positioning ideas and city projects within such areas.

The "culture for life multipliers" was implemented as a learning process, joining graffiti and democratic values, to create a developmental stage for generating municipal agreements, and increasing trust in public entities.

In learning spaces for the responsible practice of graffiti, relationships are horizontal, participative, and supportive. All participants contribute to urban interventions for graffiti according to their potential. With respect to their involvement, these spaces manage fellowships and good relationships between participants and those in the surrounding community The Festival Meeting of Style in November of 2014 was an initiative where local, national, and international graffiti artists, along with public institutions, urban youth sports groups participated together.

Graffiti is the mark of a complicated city. It has transcended its association with vandalism and incorporated itself into the area of cultural practices.

The act of graffiti connects various age groups, especially younger ones, but more so it is linked to activities associated with urban culture, like hip hop, or football fan groups, among others. More than simply encouragement, graffiti requires a comprehensive perspective through recognition and education.

In learning spaces for the responsible practice of graffiti, relationships are horizontal, participative, and supportive. All participants contribute to urban interventions for graffiti according to their potential.

The "Culture for Life Multipliers" training model was implemented. This is a pedagogical tool in search of closer ties with cities through the mobilisation of cultural sensitivities. The idea is to effect change in public representation geared toward empowering cultural democracy. It has expanded onto a national level in Cúcuta in the "Del Norte Bravos Hijos" Festival. The Columbian National Police have also implemented such teaching methods in conjunction with the "Culture for Life Multipliers" program.

The Secretariat of Culture contributes $270,000 USD including promotional, pedagogical, and participative activities.

Good practices have been made more visible through different kinds of communication. Promotional activities for engagement in Calle 26, were covered by 37 print, radio, and television media outlets.

Teaching regulations were set up with 17 municipalities and 11 youth participation spaces, including football fan groups.

This article was written by Clarisa Ruiz Correal, Secretary of Culture, Recreation, and Sport. 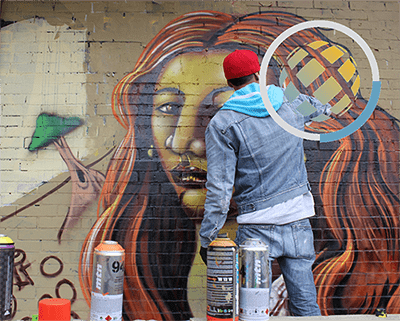