Namur Confluent Culture: an ambitious approach to culture by the Meuse-side city

Namur, the capital of Wallonia, is home to 110,000 residents. It is ideally located in the centre of Belgium, at the confluence of the Meuse and the Sambre Rivers, whose courses and traffic both flow through the city.

Namur boasts a Citadel, a Belfry, shoreline, museums, beautiful stone structures, parks, squares, theatres, cinemas, and much more. It also has the capacity to grow and expand. It is clear that Namur is a haven to be both preserved and developed.

As a result, in 2012 there was a push towards implementing an effective cultural policy in the city. It requires boldness to develop a true, long-term cultural strategy that acts as a lever for human and economic development. Indeed, culture has always been a major driver of dynamic urban life.

Namur Confluent Culture is a ten year approach to pursue cultural policy in the city. It is a structural plan based on the idea that culture is an excellent driver of development for the city's economic, tourism, social, and identity-focused initiatives.

The Namur Confluent Culture white paper includes a number of concrete projects for developing culture in the city over the next ten years. It aims to establish a common theme for reflection and carrying out cultural redistribution strategies. The paper is intended to act as a framework reference document for implementing actions, as well as for disbursing budgets and funding. It's goal is also to transcend political movements and municipal governments already in power.

NAMUR CONFLUENT CULTURE IS […] A STRUCTURAL PLAN BASED ON THE IDEA THAT CULTURE IS A DRIVER OF DEVELOPMENT FOR THE CITY'S ECONOMIC, TOURISM, SOCIAL, AND IDENTITY-FOCUSED INITIATIVES.

For several years the city has dealt with a lengthy financial crisis, coupled with economic and social crises. It is imperative for the city to use any available resources to get out of this particularly unproductive slump. Culture is one of those resources and it can promote creativity and revive temerity.

In many cities, including Liverpool, Metz, Barcelona, or closer examples such as Anvers, Brussels, and Liège, initiatives have relied on creativity to put themselves in a position to effect change. With regard to urban development, it seems regions must become creative or face decline. That is why mayor Maxime Prévot pursued the idea to carry out a reflection in 2012 on implementing an ambitious approach.

The goal was to help solidify Namur's place as the capital of Wallonia by focusing on it as a dynamic, innovative, and creative place where people can live, work, walk, go out, and ultimately stay. It is a place with proud residents that attracts tourists and investors alike. It's a city to talk about and a city that has things to say.

The aim of this document is to express a need to continuously evolve. Therefore, it welcomes new contributions, comments, and proposals to be developed. It also seeks to spread awareness of practices and political initiatives by elected representatives in the cultural sphere.

The white paper establishes a common theme for reflection and carrying out cultural redistribution strategies. As mentioned above, it is a framework reference document for implementing actions, detailing financing. It also aims to exist outside of political debate as a means for pursuing sustainable cultural development.

To achieve this, most of Namur's cultural actors have been brought together. They were given a questionnaire on the areas of infrastructure, events, urban development, promotion, financing, social interaction, and cooperation. It included several questions about participants' expectations and opinions. The responses were submitted and discussed at the general meeting. As a result, the answers formed the basis for Namur's white paper on culture.

The goal is to work together to build a cultural policy for Namur, beyond partisan divides. Actors in each sphere have contributed, and continue to contribute by sharing their perspectives, while public authorities perform the appropriate checks and balances.

The City of Namur has therefore taken an approach of supporting and sustaining initiatives without ever taking the place of cultural stakeholders. The Namur Confluent Culture white paper aims to form an evolutionary, partnership-based approach.

Namur Confluent Culture was built on the feedback gathered before, during, and after the consultation on the cultural and artistic sectors. It also incorporated local authorities, including both majority and opposition officials to highlight its democratic principles. There were 132 artists, associations, citizens, representatives, or political groups that shared their perspectives.

NAMUR CONFLUENT CULTURE WAS BUILT ON THE FEEDBACK GATHERED BEFORE, DURING, AND AFTER A CONSULTATION ON THE CULTURAL AND ARTISTIC SECTORS. IT ALSO INCORPORATED LOCAL AUTHORITIES, INCLUDING BOTH MAJORITY AND OPPOSITION OFFICIALS.

Halfway through the cultural approach to this 10-year plan launched in 2012, the percentages of completed projects, those in progress, future projects, and even abandoned ones have been recorded. Up until now, nearly 40% of the projects have been completed. However, 50% of the projects are still ongoing. Some are in their initial stages, while others are well-developed in their respective timelines. Currently, 10% of the projects still need to be developed. Only a small 1.35% of all the initiatives had to be abandoned along the way. This was due to a lack of resources or a shift in needs.

It is important to continue feeling mobilised to develop major projects, both for the City of Namur and the voluntary sector. This is because it is vital that all those involved are the first to respond to needs with appropriate, documented, well-established, and ambitious projects.

While 2022 seems far away, it is also right around the corner, so we must prepare for it today. There is still a more time to build infrastructure that is essential for growth and ensuring the programme’s viability.

Each year, the City of Namur holds a general meeting. This is where all cultural actors are brought together to continue to build the city's cultural future, together.

Since the meeting, other projects have been launched and other meetings have already taken place. This programme has gained momentum, bringing everyone along with it. Even as some projects end, new ones are just beginning.

In general, the process has been effective and Namur has been in full swing for several years. However, a more supported, continued dialogue would be the key to the programme's success. The economic, social, and tourism benefits are enormous for each of the events proposed or supported.

The goal would be to facilitate even more exchange with the cultural and artistic voluntary sectors. This would help provide more regular feedback than during the annual meetings. To achieve this, a Culture Forum is to be set up through an online participatory platform for citizens. This is part of a new project related to the city's involvement in Agenda 21 for culture.

This article was written by the Municipal Cultural Services department for Namur, Belgium. 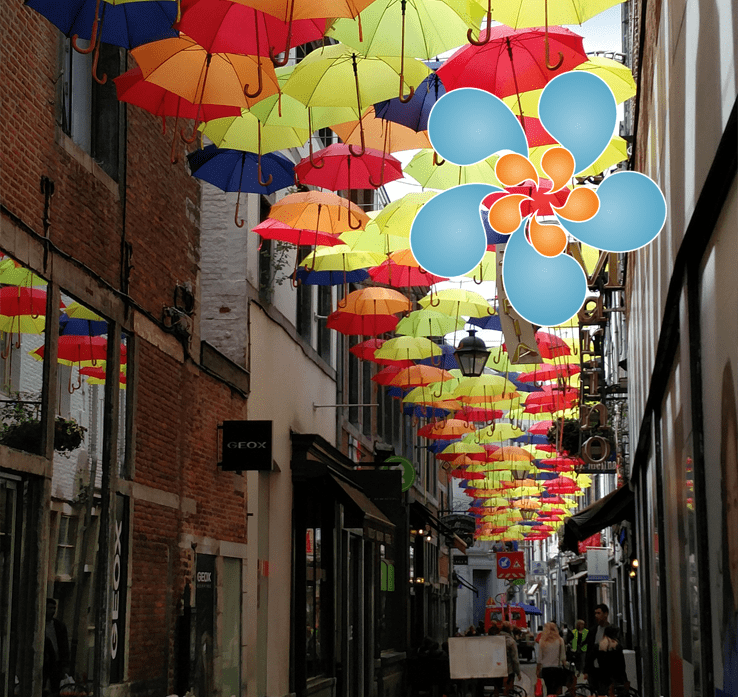