The political and economic capital of the Republic of the Congo, Brazzaville is located on the Congo River. Organised into nine districts with 1,600,000 inhabitants, of which the majority are young people, it has experienced strong demographic growth and a recent urban sprawl.

Its natural environment (river and equatorial forest), has earnt it the nickname “Green Brazza”. Its history, from the pre-colonial period until the 1970s, its political role during the Second World War and its built heritage, the vitality and influence of its artistic community, have converted it into a city of art and history.

With its inland port and outlet for rail transport, Brazzaville was the capital of francophone Central Africa and one of the two cradles of Congolese rumba. Its population originating from neighbouring countries and West Africa have also given it a multicultural character.

Capital of the African music industry in the 1970s, Brazzaville is also rich in arts and crafts, which the City Council wishes to revive to address the challenges of impoverishment brought about by the civil war and create an atmosphere of peace and creativity for its citizens.

In 2003, the Republic of the Congo began its decentralisation process, conferring cultural responsibilities to local governments. Brazzaville did not have a cultural policy. Therefore, in 2012, the Departmental and Municipal Council of Brazzaville adopted a strategy for the development of culture and its economy with the support of cultural actors.

The lack of infrastructure in new districts, or their dilapidation, and of basic services for the population and artists; lack of financial and human resources; institutional instability; and the lack of continuity in the implementation of the strategy motivated to the creation of a Department for Cultural and Tourism Development (DDCT), charged with following the progress of the Strategy, its execution, and the training of its officers.

The inter-ethnic conflicts of the civil war left impressions within the local population, while some generations were “disconnected” from this history, which created inter-generational divides. The heritage and history of the city were therefore identified as a lever for cohesion and the promotion of its cultural diversity. The Department is currently working on an ambitious cultural development project to balance the territory, aimed at underprivileged neighbourhoods: the renovation of the (historic) cultural society of Poto Poto; the creation of a third place and a centre for the professionalisation of musicians.

The programme aims to make Brazzaville a city aware of its heritage in all its diversity and capable of offering its inhabitants, creators and citizens the right conditions for their creativity.

The Strategy allowed to put in place a measure to improve the governance of local culture, involving cultural actors through consultations and in coordination with other levels of action: national and international. Further, the City Council is working to create a municipal fund to support the development of economic opportunities for the cultural sector. The active participation of Brazzaville in networks such as UCLG, the UNESCO Creative Cities Network and the International Association of French-speaking Mayors (AIMF) demonstrates their commitment to international cooperation through culture and to sustainable development.

All of the city’s policies must now take into account the SDGs. Cultural rights add a specific frame of reference to human rights, which the entire programme of the City Council aims to reinforce.

The programme strives to make Brazzaville a city that is conscious of its cultural heritage in all its diversity, and a city that is capable of providing its inhabitants — creators and citizens — with the material and institutional conditions that foster their creativity and the socio-professional integration of young people.

The programme “Heritage and Creativity” is aimed at all Brazzavillians through its neighbourhood infrastructures and cultural associations. Since its implementation, many actions have been carried out:

The adoption of a cultural strategy represents a radical change in the treatment of the cultural sector by the City Council in the cultural domain. Thanks to this strategy, it has a better understanding of the validity of budgets destined towards the cultural sector, especially since it sees UNESCO, the OIF and the AIMF taking an interest in its strategy.

Obtaining the recognition of UNESCO “creative city” in the field of music and Brazzaville’s participation in international meetings has increased its visibility and enabled the Mayor and certain elected officials to become aware that culture is a factor of international influence, a revenue-generating sector and a factor of social cohesion.

In addition, the municipal departments responsible for urban planning, education and sanitation, which had been present in consultations, are aware of the Strategy and its action plan and have begun to take them into account in their sectoral plan.

The renovation of Belvédère and the creation of a square with works of art and games for young people provide the residents of the southern districts of Brazzaville with a space for relaxation. The project to renovate the Poto-Poto cultural society in technical and financial partnership with the AIMF is a first solution to the deficit of specific spaces dedicated to associations and the youth for cultural expression. Lastly, the “Green Brazza” environmental component of the Strategy and its action plan has given rise to consultations on the use of the many, often abandoned, parks in the city.

No evaluation mechanism other than annual activity reports was foreseen. These show the actions carried out and highlight the issues and courses of action. These reports come up against a limitation: the lack of statistics and indicators concerning the results achieved. The need to work first on the cultural issues known to the inhabitants and the lack of human and financial resources will have to be overcome in order to carry out a more complete evaluation.

These advances led to the support of UNESCO, the OIF and the AIMF, which are seen as guarantors of the value and implementation of the programme.

UNESCO, the OIF and the AIMF have co-financed training activities and technical studies to the tune of approximately €30,000. Further, the AIMF and the City Council will co-finance the renovation of the Poto Poto cultural society for the approximate amount of one million euros.

UNESCO and the AIMF are supporting the project to promote Congolese rumba with Kinshasa, Democratic Republic of the Congo, as well as the application for its inclusion in the Intangible Cultural Heritage List.

The planned construction of infrastructure and the adoption of a strategy to seek financial partnerships will strengthen the continuity of the actions. 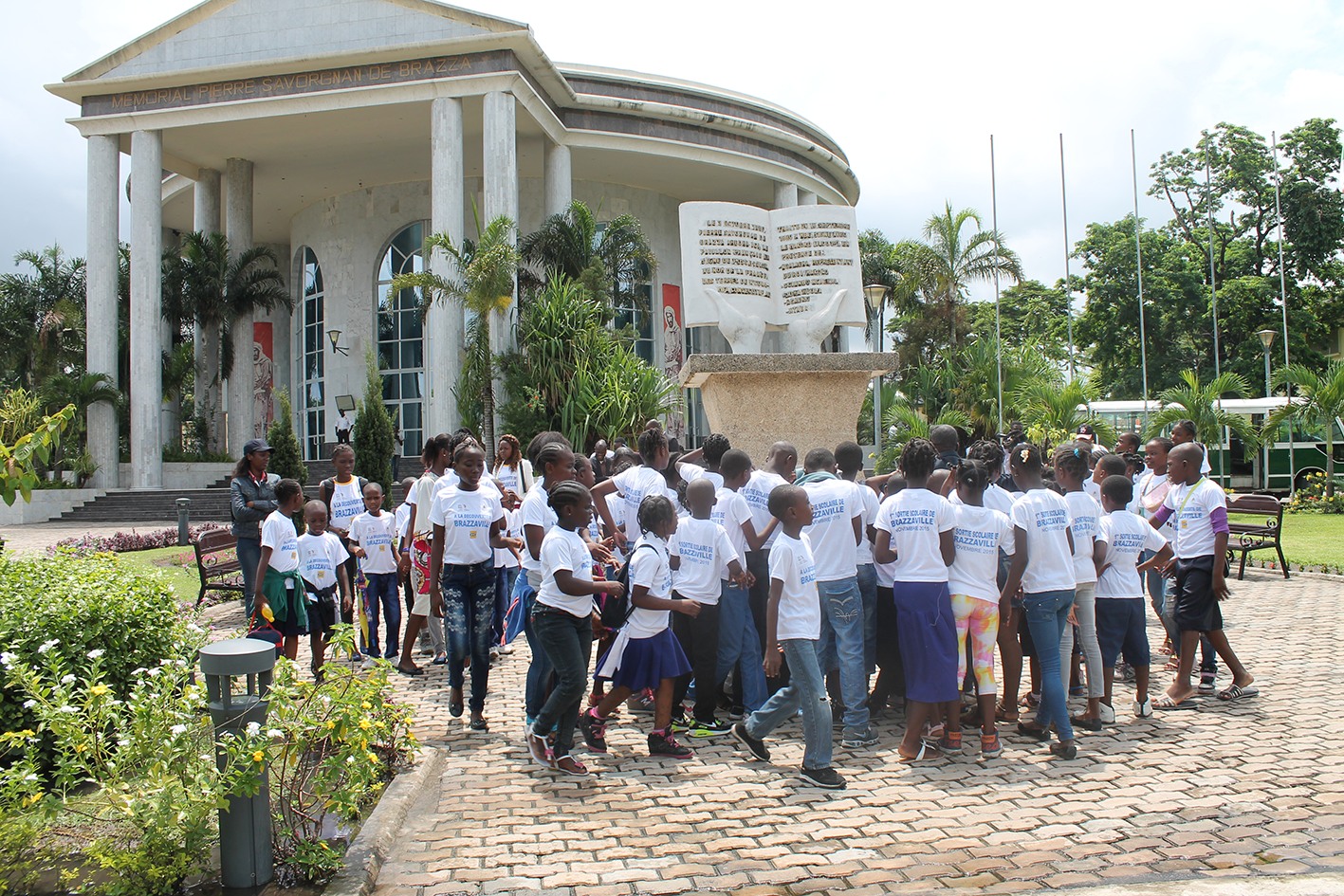