1. A unique blend of established traditions and new influences

The Commonwealth of Australia is the world’s sixth-largest country by total area, with around 7,700,000 km2. The population in 2013 was estimated in 23,316,122 inhabitants. The country’s original inhabitants are the Aboriginal and Torres Strait Islander peoples, who have been living in Australia for at least 40.000 years and possibly up to 60.000. There used to be as many as 250 indigenous language groups. Nowadays the Aboriginal and Torres Strait Islander peoples represent 3 per cent of Australia’s population.

The rest of Australia’s people are migrants or descendants of migrants who have arrived in Australia from more than 200 countries after the first British settlement, in the late 18th century. In order to gain a more accurate picture, it is remarkable that more than 6.5 million migrants have settled in Australia since 1945.

Australia has six states (New South Wales, Queensland, South Australia, Tasmania, Victoria and Western Australia) and two major mainland territories (the Australian Capital Territory and the Northern Territory). The five largest cities of Australia are: Sydney, Melbourne, Brisbane, Perth and Adelaide. There are three levels of government: national, state and local. There are 565 councils across the seven states and territories in Australia, representing significant diversity in local governance.

Australia has maintained a stable liberal democratic political system that functions as a federal parliamentary democracy and constitutional monarchy, headed by Queen Elizabeth II of England. According to international standards, Australia is considered one of the wealthiest countries in the world.

2. A vision for Australia's culture

Cultural diversity is definitely a characteristic feature of Australia. Also, there is a common core of diverse cultural factors in the Australian identity that co-exist and unify the Australian way of life. For example, having a secular government, and consequently having freedom of religion; having English as the national language, while valuing at the same time other languages, like for example, the most common spoken Greek; or locating heritage and tradition as a firm base of the culture and at the same time, integrating new music, food and cultural expressions, of all the confluent cultures. The Australian Council for the Arts, the arts funding agency of the national Government, was established in 1974.

The first Australian cultural policy, Creative Nation, was launched two decades ago. The second, and current, Australian national cultural policy, was launched in 2012 Entitled Creative Australia, this policy “aims to ensure that the cultural sector –incorporating all aspects of arts, cultural heritage and the creative industries– has the skills, resources, and resilience to play an active role in Australia’s future”. As the policy says, “a creative nation is a productive nation”.

This policy, which is divided in concrete actions, provides a landscape to support activities across all levels of government.

Cultural diversity is definitely a characteristic feature of Australia.

The Forum was acknowledged in the National Cultural Policy in March 2013, under the first theme: modernize funding support. The Cultural Forum is funded by the Australia Council for an initial three-year term (2013 - 2015).

The members of the Cultural Forum are representatives from:

The Cultural Development Network (CDN) and ALGA form a joint executive of the Cultural Forum, managing the meeting agendas and the business of the forum. The Hon. Fred Chaney, AO, former Senator, acts as Chair.

The National Local Government Cultural Forum recognises the principles of the United Cities and Local Government (UCLG) Policy Statement on “Culture as the Fourth Pillar of Sustainable Development”.

The first meeting explored the role of local government in arts and culture across the nation and set the medium long-term objectives for the Cultural Forum. These were agreed to be:

A key outcome of this meeting was the decision to collect additional data that demonstrates the scope of local government’s contribution to the national arts and cultural agenda. The Cultural Forum will develop a system for gathering data to help to define the impact of local government cultural development activity. Drawing from case-studies of arts projects, this initiative will establish the range of measures, indicators and the dynamics that feature in local community-based arts projects for use in informing future practice.

6. The Cultural Forum: principles and evaluation

The National Local Government Cultural Forum recognises the principles of the United Cities and Local Government (UCLG) Policy Statement on “Culture as the Fourth Pillar of Sustainable Development” (approved in Mexico City in 2010), that (i) aims to strengthen heritage, creativity, cultural industries, drafts and cultural tourism and (ii) that culture has its rightful place in all public policies.

Global Cities Research Institute at RMIT University, Melbourne, a leading centre on the integration of policies that impact on sustainability in cities and local governments, will evaluate outcomes of the Forum. Intermediate outcomes achieved within the first year include positive engagement of all invited parties and consequently the first ever national collaboration between stakeholders in local government cultural development.

This article has been written by Adriana PARTAL, Committee on culture of UCLG. 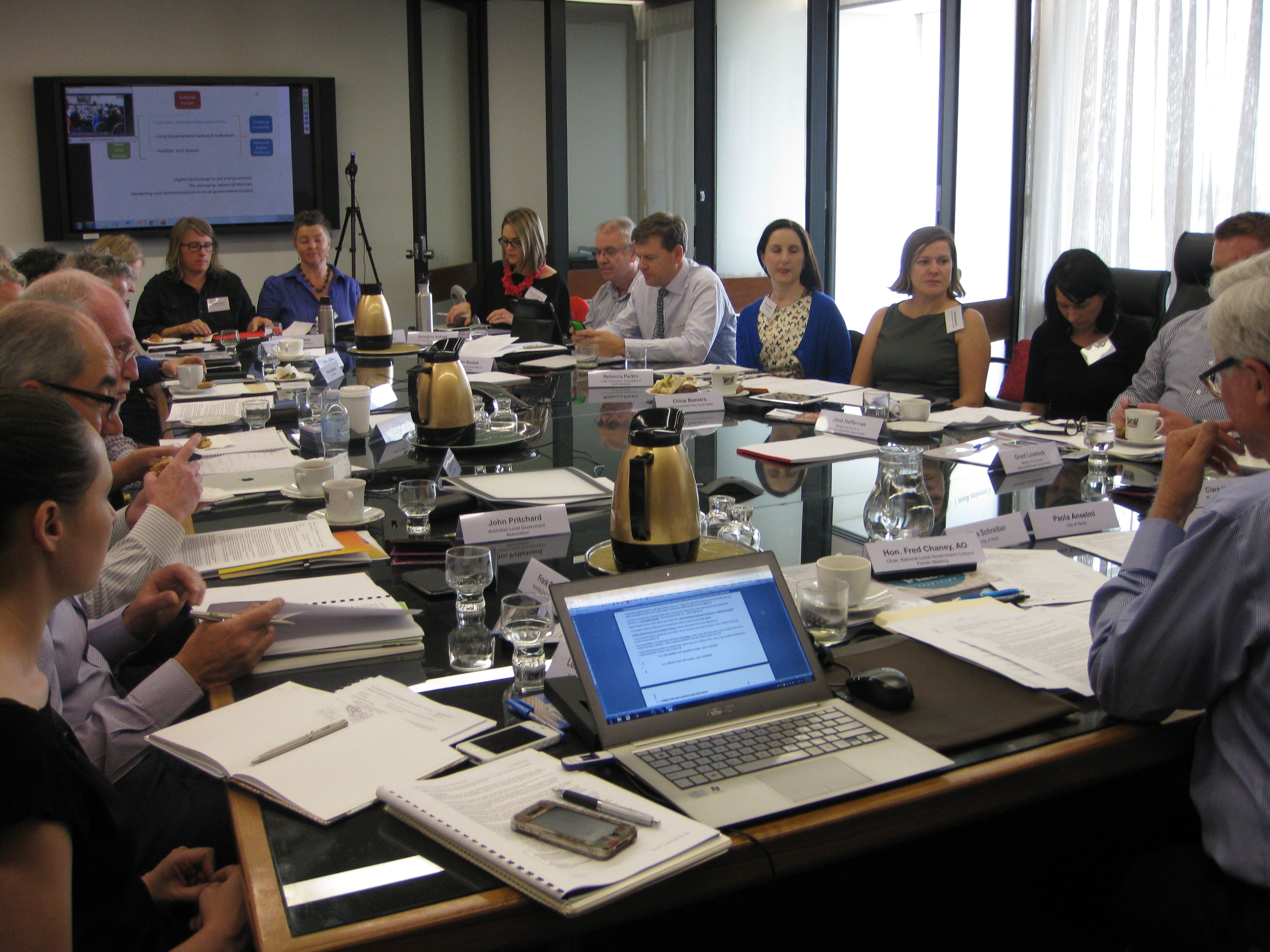