The Carchi Province is located in the north of Ecuador on the border with Colombia. Carchi is an important commercial region due to its connection to the neighbouring country. It also serves as a gateway for tourism, a vital sector for the region, that offers visitors a number of natural, cultural, and historical attractions. However, the province also faces some social challenges, such as citizen insecurity and illegal economies, due in part to its shared border, as well as a relatively high rate of illiteracy.

The 2020 Carchi Book and Coffee Festival & Bi-National Book and Reading Fair (Ecuador + Colombia) project was focused on becoming an alternative to cultural tourism, offering different activities in different spaces. It has been held in urban areas throughout the Carchi Province. The Carchi Book and Coffee Festivals, and the Ipiales Seasons of Literature, both of which were held from 2016 through 2019, served as a basis for this current project. The current initiative addresses the need for reflections on modern narratives, possibilities for regional development, and the need to create dynamic economic growth for the local market. The fair covers the following areas: the Pre-Fair Season and the promotion of reading in boroughs, the large-scale Book and Reading Fair, talks, performances of literary characters, and lectures by writers who visit schools, coffee workshops, poem recitals, local storytelling contests, and competitions for the best coffee.

The project was launched by the decentralized autonomous government of the Carchi province in response to the region's economic conditions, given that the global financial crisis had a major impact on the local economy.

The project was initiated in conjunction with the Ipiales Season of Literature to create a Major Literary Event focused on promoting books, literacy, and local culture in this binational border region that sees significant cultural integration. Interactive activities have been held in order to promote creative literacy practices in the capital of Tulcán. The general public policy framework aims to: promote interculturality and shared meeting spaces by including associative and alternative marketing processes that prioritize the informal and social economy through active and co-responsible citizen participation mechanisms that promote the common good. The project was launched by the decentralized autonomous government of the Carchi Province in response to the region’s economic conditions, given that the global financial crisis had a major impact on the local economy. Additionally, the fluctuating value of the Colombian peso relative to the dollar (USD) changed economic and trade dynamics, which created a crisis of employment, sustainability, and economic development. The Carchi Book and Coffee Festival was proposed as an alternative way to revitalize business interactions with a Book Fair, with opening speeches on local lived experiences and possibilities.

The main objective of the project is to promote the public’s access to books in this culturally diverse border region, specifically in the Tulcán and San Gabriel cantons through the Carchi Book and Coffee Festival, which helps to expand cultural appreciation in literature and simultaneously promote local coffee.

The specific objectives are as follows:

The project as brought the Carchi province into the national spotlight because its interinstitutional cooperation has helped expand coverage and outreach.

The project directly affects a population of 8,000 people of different ages and social sectors, in region’s urban area of the border zone. It also indirectly benefits a population of 32,000 people, or about 8,000 families, by promoting reading habits and appreciation of local coffee. It also benefits writers and artists from the city and region (poets, storytellers, writers), who are able to share their work, cultural entrepreneurship, and local productive projects with the general public.

The project established the following lines of action:

The project has helped lend visibility to the Province of Carchi across the country, while the region’s interinstitutional coordination has allowed it to expand coverage and dissemination. Entities such as the Ministry of Culture and Heritage, the Ecuadorian Book Chamber, the Benjamín Carrión Ecuadorian Cultural Centre in Carchi, and the Provincial Department of Education are the backbone of public confidence in the cohesion and interrelationship of institutions whose aim is to democratize access to knowledge.

It has lent visibility to local initiatives such as the production chain for coffee, book makers, writers, and artisans in order to energize the cultural sector economy around literature, indirectly impacting the hotel and tourism sector, transport, and more.

Since their creation, the 2020 Carchi Book and Coffee Festival & Bi-National Book and Reading Fair (Ecuador + Colombia), have made it possible to implement a public policy on inclusion that seeks to decrease the provincial illiteracy rate, which has been about 6%.

Since their creation, the 2020 Carchi Book and Coffee Festival & Bi-National Book and Reading Fair (Ecuador + Colombia), have made it possible to implement a public policy on inclusion that seeks to decrease the provincial illiteracy average, which has been about 6%.

For evaluation and monitoring, a systematic approach will be established to collect and analyze project information and its results, which will be compared to the proposed objectives. Monitoring will be carried out during the project’s implementation and will allow for the periodic optimization of processes, results, and impacts. In addition, it is an indispensable part of the administrative and strategic management of a public initiative. To be successful in this regard, a public perception survey was carried out for all ages, publishing exhibitors, artisan exhibitors, coffee growers, readers, writers, etc.

One of key factors for the project’s success has been to promote reading as recreational, which has led the inhabitants of the province and the Nariño Department to engage with the work of local, regional, national, and international authors.

In addition, its participatory approach has allowed citizens to assume a leading role in the area’s cultural, social, and political work. The area has also committed to building spaces for citizen participation and the construction of social cohesion, strengthening and establishing reading habits for everyone, while also expanding the consumption of local high-quality coffee.

The program aims to continue and become a platform for dialogue between the social, cultural, and political stakeholders of Carchi by creating a public policy consensus around local culture.

Carchi was a candidate for the fourth UCLG Mexico City – Culture 21 International Award (November 2019 – May 2020). The jury for the award drew up its final report in June of 2020, and requested that the UCLG Committee on Culture promote this project as one of the good practices implemented under Agenda 21 for culture.

This article was written by José Enrique Boada Valdivieso, Director of Development Cooperation-GADP of Carchi, Ecuador. 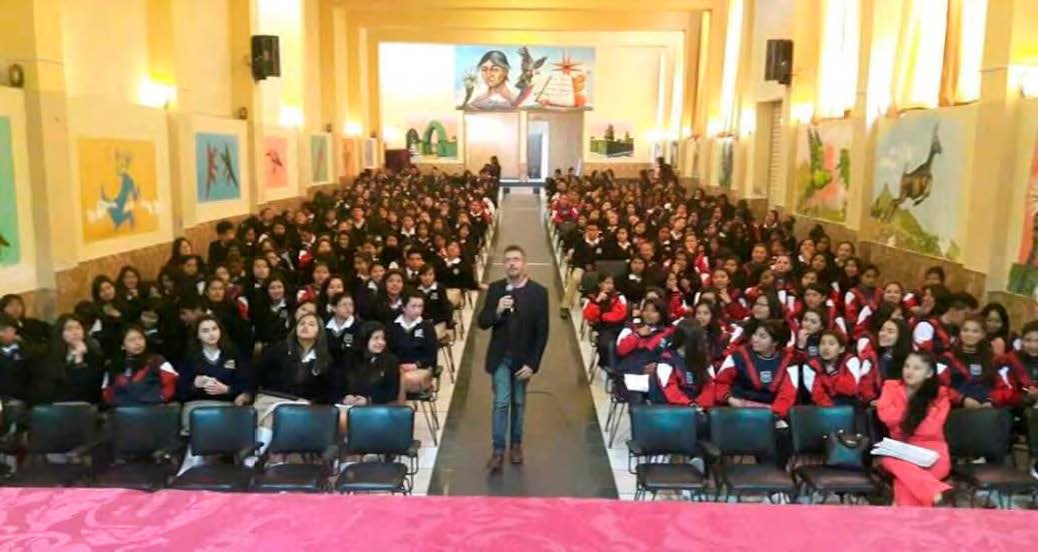