Rosario – A matter of the heart. Reasons to play and not to lose the habit

Rosario is located in the south of Santa Fe province, Argentina. It covers an area of 178.69 square kilometres, with a population of 948,312 inhabitants (2010 census) and is the third-largest city in Argentina. It has been organized into six districts through the Modernisation and Municipal Decentralisation Programme, created to overcome the countless problems that centralisation has posed for administration, management, and governability. The proposals that make up the Childhood Triptych Project are part of a restoration plan for public spaces carried out by the Municipality of Rosario. In three areas, a significant investment was made in order to return these spaces to citizens, through intense cultural proposals for coexistence, development, and play.

Culture and Education are core elements that enrich one another. As a result, developing cultural and education policies is the driving force in the movement and continuous growth of all social transformations. It creates the tools necessary for developing proactive citizenship. With this in mind, the Secretary of Culture and Education has worked to establish a set of fundamental pillars that clearly outline such management. They involve deepening decentralisation, an emphasis on children and youth issues, comprehensive educational policies, institutional strengthening, the improvement of infrastructure in public spaces, as well as communication strategies designed to prioritise proximity to citizens, social imagination or identities, and the city's everyday life.

Cultural policies for children were conceived from a perspective that prioritises caring for them, as well as recognising their perspectives, voices, and thus their autonomy. Subsequently these were incorporated into policy design. Policies in this sector thus gained a comprehensive perspective so that they could guarantee people's rights.

THE GOAL OF THE PROJECT IS TO CREATE MECHANISMS FOR PUBLIC INCLUSION AND SOCIAL TRANSFORMATION. CHILDEN ARE BOTH THE IDEAL RECIPIENTS AND PARTNERS OF AN INNOVATIVE APPROACH TO THE CITY'S EVERYDAY USE AND PRACTICES. THEY ARE ALSO VITAL IN THE PROMOTION OF CHANGES THAT IMPROVE CITIZENS' QUALITY OF LIFE.

The Childhood Triptych Project is aligned with the principles of Agenda 21 for culture. As a policy, it promotes a focus upon a cultural dimension of human development, while considering both cultural and general human rights as part of actions or activities. It is a project that links culture and educations through a strategy that harnesses the educational role of public spaces for citizenship training. It is an urban teaching experience that is structured as an intergenerational meeting space, encouraging citizens' participation as a key to learning. Public space acts as a strategic setting for creating education projects like this one. The project nurtures the transmission of knowledge from various cultural and historical backgrounds through different languages, and subsequently strengthens citizens' creative capacities. Ultimately, this will help to develop more tools to empower people with more rights.

A Matter of the Heart is a fun way that the Island of Inventions combines languages, media, expressions, and works.

The Island of Inventions comprises part of the Childhood Triptych Project along with The Children's Farm and The Children's Garden. Together they signify a way of thinking about the city: a pedagogical urban project through the creation of three public spaces for cohabitation and play. The goal of the project is to create mechanisms for public inclusion and social transformation. Children are both the ideal recipients and partners of an innovative approach to the city's everyday use and practices. They are also vital in the promotion of changes that improve citizens' quality of life.

IT IS A PROJECT THAT LINKS CULTURE AND EDUCATION THROUGH A STRATEGY THAT HARNESSES THE EDUCATIONAL ROLE OF PUBLIC SPACES FOR CITIZENSHIP TRAINING.

Fundamentally, public space is seen as a strategic place to create education projects for sustainability, and shall always be viewed as a meeting place where a broad, diverse range of people can come together, as well as be recognised and included as citizens. In Rosario, policies related to children are developed alongside sectors where the municipal social cabinet is involved, such as the Departments of Health, Social Development, Social Economy, and the General Secretariat. The Ministry of Innovation and Culture for the province of Santa Fe is an active member as well. Teams from this ministry participate in accordance with the design and implementation of these activities. The project is the result of a collaborative effort with the ministry, which has since become a technical consultant, as well as a consultant for training, production, and material resources. Rosario's children, youth, and adults alike all benefit from this initiative, in addition to outside visitors to the city.

THE TRIPTYCH PROGRAMME IS A RETURN TO A GOVERNMENT THAT IS CLOSE, ACCESSIBLE, OPEN, AND ESTABLISHES HUMAN SCALE IN URBAN LIFE.

With its favourable impacts upon the city's daily life, this project has become the government initiative with one of the most positive outcomes. Some of its essential frameworks include innovation, creativity, the extraordinary, and the communal. The Triptych programme is a return to a government that is close, accessible, open, and establishes a human scale in urban life.

The project has proved to be a vital tool for educators and cultural managers in the city. Teachers and their students, formal and non-formal educators, as well as researchers and academics often rely on the project's spaces. They do this to take advantage of teaching resources and innovative cultural proposals that are based on a model for multiplicity of languages, play, and learning.

A Matter of the Heart has created a whole new world of coexistence, so that children, youth, and adults can discover and regain the healthy habit of sharing in their play, spaces, and time. Since reopening in December 2015, 15,000 people have visited. This has brought the total number of visitors per year up to 300,000.

Fundamentally, public space is seen as a strategic place to create education projects for sustainability. It should always be viewed as a meeting place where a broad, diverse range of people can come together, and be both recognised and included as citizens.

The Island of Inventions is the result of a public policy that is systematically and consistently supported by the local government. Over the last 12 years it has become a part of the local landscape and identity. Together with the local government's political commitment, citizens' immense, ongoing participation and support for the space help to fundamentally guarantee the project's continuity. Innovation, as well as the promotion of creativity and exchange are some of the key conditions for maintaining this initiative.

The City of Rosario was a candidate for the second "UCLG Mexico City – Culture 21 International Award" (January – May of 2016). The jury for the award drew up its final report in June of 2016, and requested that the Committee on Culture promote this project as one of the good practices to be implemented through Agenda 21 for culture.

UCLG Culture 21 has also highlighted another good practice of the local government of Rosario, which is The Workshop Arts Centre.

This article was written by Guillermo Alberto Ríos, Secretary of Culture and Education, Santa Fe, Argentina. 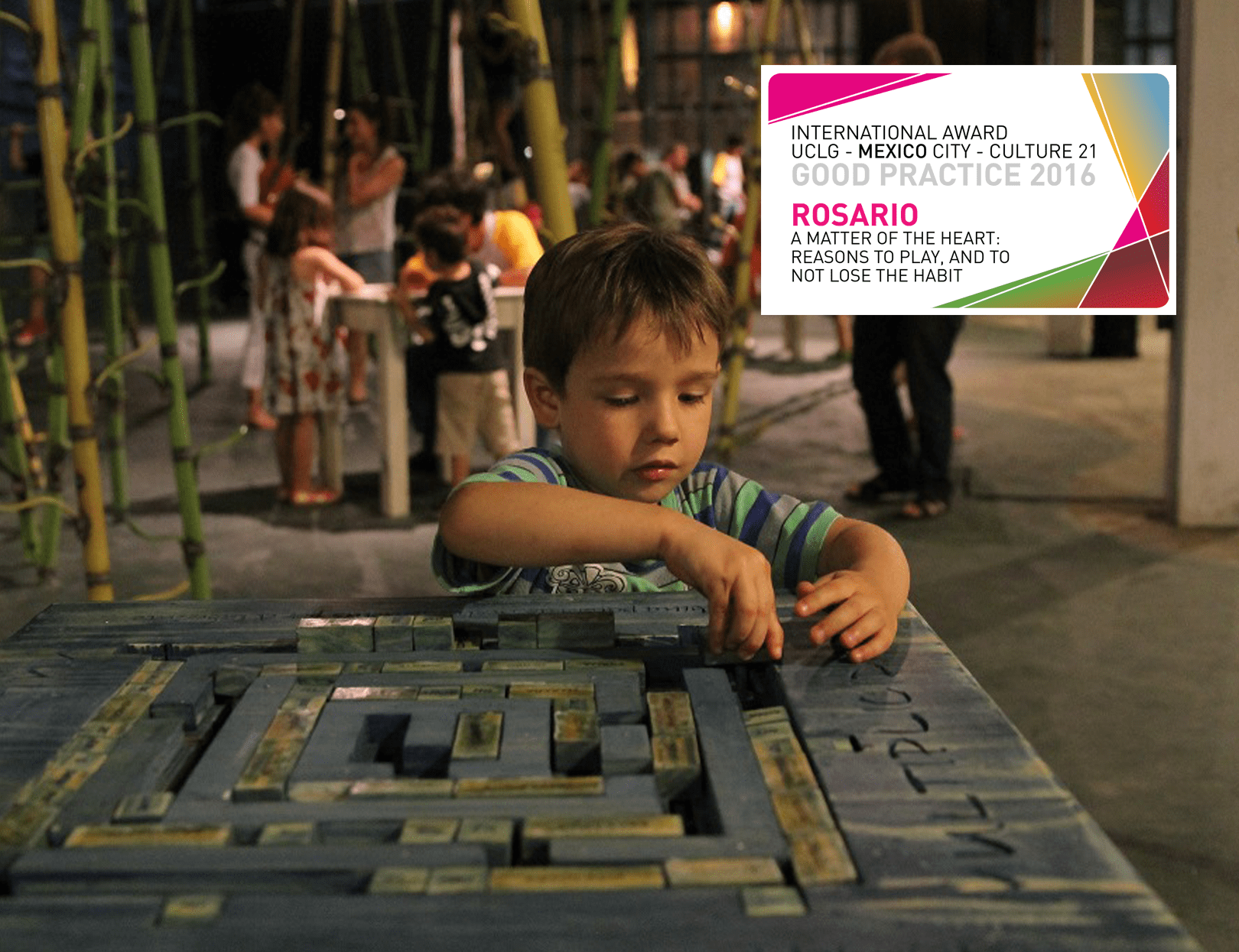