The province of Quebec is the largest in Canada with a surface area of 1,542,056 km2. In 2013 its population was estimated to be over 8 million people.

Quebec is the main French-speaking region in North America, and the French language benefits from legal protection. Given its linguistic, cultural and institutional reality, Quebec is recognised as a nation within the Canadian Confederation.

Quebec’s Agenda 21 for culture is a document approved on 5th December 2011, which establishes the principles and objectives for making culture a major and essential component of society.

Quebec society encourages social cohesion through important regulations, such as the Charter of Human Rights and Freedoms (1975) and the Quebec Civil Code (1991).

Over the last 50 years, Quebec has provided itself with the means to foster culture and encourage creativity. Artists, creators from all disciplines, associations, cultural enterprises and institutions give Quebec society this distinguishing colour and personality, ensuring that its culture radiates around the world.

Quebec’s Agenda 21 for culture is a document approved on 5th December 2011, which establishes the principles and objectives for making culture a major and essential component of society, integrated into the social, economic and environmental dimensions of sustainable development.

The main challenge was to guarantee a participatory and open process.

Quebec’s Agenda 21 for culture is the national response to a worldwide debate. Since the mid-1980s, a new way of conceiving the future emerged in several regions of the world under the term of sustainable development. A real concern for the integration of culture into sustainable development has resulted in several international instruments, such as the UNESCO Declaration (2001) and Convention (2005) on Cultural Diversity, the UCLG Agenda 21 for culture (2004) and the European Agenda for Culture (2007).

The three principles are: preservation of cultural diversity, sustainable use of cultural resources, and creativity and innovation.

In 2006, the Quebec government adopted the Law on Sustainable Development which, because of its innovative character, establishes a real commitment by society to the collective construction of the future. In accordance with the law, the Ministry of Culture and Communications (MCC) published its action plan on sustainable development in April 2009. The drafting of an Agenda 21 for culture of Quebec is the milestone of this action plan and began on 20th September 2010. An inter-ministerial committee formed by 18 ministries and organisations was set up to find a way of maximising the contribution of culture to other state missions. Moreover, a liaison committee, comprising 12 leaders from different sectors of society, was entrusted to organise a major public dialogue and encourage the active participation of citizens in the preliminary proposals for Agenda 21 for culture.

The main challenge was to guarantee a participatory and open process. From November 2010 to April 2011, a total of 98 meetings were held in 44 towns, attended by over 5,000 people. On 6th May 2011, an inter-ministerial forum was held and, on 30th May, a national forum brought together 220 participants from all the regions on the issue “The future of culture in Quebec, a commitment of all sectors of society”. This last forum enabled us to validate the conclusions of the public dialogue, extract the principles and objectives encapsulated in the Agenda 21 for culture, and put forward action tracks which would feed subsequent reflection.

Quebec’s Agenda 21 for culture was approved on 5th December 2011. Its contents include background, introduction, three principles, 21 objectives and a charter of commitment that seeks to encourage its adoption by all sectors of society.

The three principles are:

a) Preservation of cultural diversity,

b) Sustainable use of cultural resources,

a) cultural action from a sustainability perspective, because culture is a bearer of meaning, identity, values and rooting,

b) the link between culture and society, because culture is a vector of democracy, intercultural dialogue and social cohesion,

c) the link between culture and economy, because culture is a catalyser of creative, economic development and wealth creation, and

d) the integration of culture, territory and environment, because culture is a structuring element of the development of the territories.

4. Québec and the Agenda 21 fo culture: the impacts

Quebec’s Agenda 21 for culture seeks to reinvigorate the development of culture according to a vision which makes it the basis of society and an essential mission of the state. All actors of society are invited to contribute to it, following the two main implementation parameters: a government field on culture that obliges all ministries and organisations concerned with the Sustainable Development Law to improve their action plan by adding at least one action to help achieve the object of Agenda 21 for culture; and a charter of commitment to encourage the development of projects by civil society and the territorial areas on a voluntary basis.

Because of its widely-encompassing and compulsory character, the field on culture is an innovation and illustrates the will of the Quebec government to make culture an essential component of sustainable development. Since December 2013, the first results have been made public, with over one hundred actions to be developed until 2015. The compilation of these actions shows a firm commitment by ministries and organisations to the integration of culture into their respective missions, whether social, economic or environmental.

This article has been written by Adriana PARTAL (Committee on Culture of UCLG). For more information on this project, please contact Valérie GUILMAIN, coordinator or Agenda 21 for culture of Quebec, ministry on Culture and Communications of Quebec. 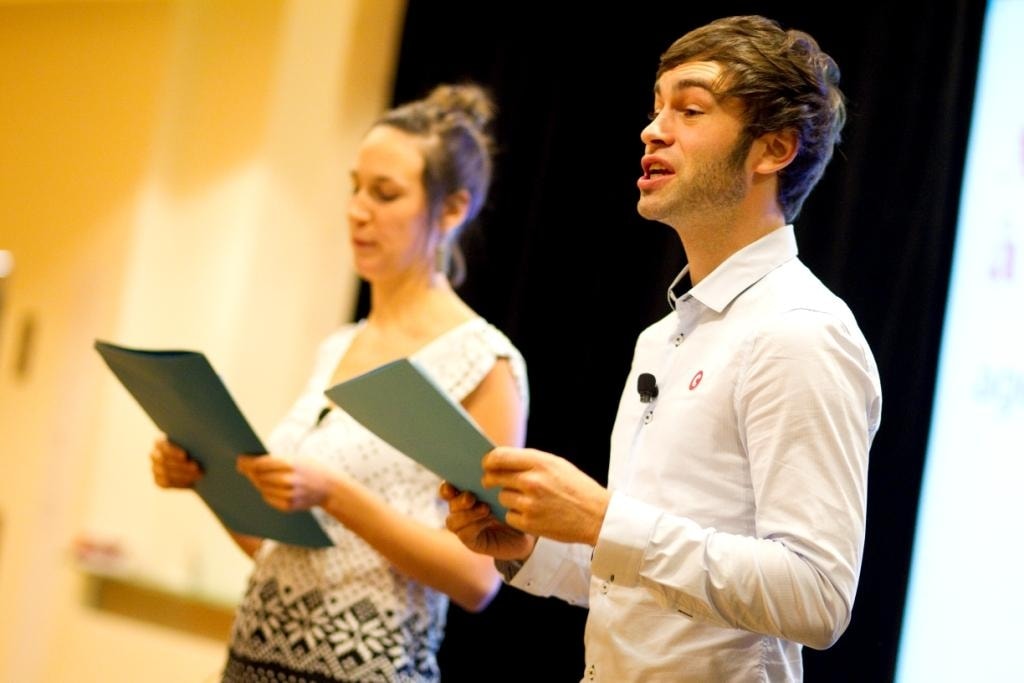