Pilsen is the 4th largest city in Czech Republic. It is located in western Bohemia. The city was founded on the confluence of 4 rivers in 1295. Its population is 165,000 inhabitants. The rich cultural and economic standard of life in Pilsen is particularly enhanced by its heritage. In 1989, the ancient town centre was declared a historical landmark to be carefully preserved. The rich architectural gems include Gothic, Renaissance, Baroque and Franciscan.

In an effort to increase the quality of education in the area, the University of West Bohemia was founded in the city in 1991. Pilsen also hosts numerous international cultural events and festivals. The project of Pilsen – European Capital of Culture started as a bottom-up initiative by a leader of an independent cultural centre. Soon it was followed by research, strategic planning and decisions both in the community and political level with the main aim to open the city for future development.

Pilsen has one of the lowest unemployment rates in the Czech Republic thanks to a healthy industry sector but also understands, that it can only keep the competitive advantage by strengthening its innovation potential. To be able to attract the innovative companies, the city invests in the public space and services, supports the university and cultural and creative sector. The ECOC project is not only focused on arts and culture, but also on supporting the growth of creative industries through; specially designed arts management education programme, creative incubator or establishment of co-working, crowdfunding and prototype workshop facilities. Making a special focus on young start-up entrepreneurs in the creative field, such as designers, architects, programmers of animators.

In the context of the Czech Republic, public involvement in a project and the fulfilment of a municipal cultural policy are particularly uncommon. This also results from the fact that following the fall of communism, Pilsen was the first city in Czech Republic to have a European cultural policy. However, the Programme for Cultural Development in Pilsen 2009 – 2019 was created as a strategic visionary document regarding culture in Pilsen in connection with the ECOC 2015 candidacy.

This initiative, which replaced the city’s cultural policy from 2001, was conceived so the candidacy would rely on the approved, current development document in the cultural sector. By approving the Programme, which is closely tied to other strategic development documents, Pilsen demonstrates its long-term vision and has met one of the crucial conditions for its ECOC 2015 candidacy.

Culture is enriching life in the city, increasing its attractiveness, contributing to the inner stability of people and the entire urban community, contributing to people’s self-identification and developing their intellectual, emotional and moral level. For the city, culture is also an important economic factor that jointly decides on the quality of future life and is an integral part of the development of Pilsen.

The individual goals and measures of the Programme in cultural policy are in accordance with the content of Agenda 21 for culture. It is seen in initiatives such as Multi-cultural and Alternative Projects, Arts Financing and Sustainable Development, residencies, continued funding of the arts, reflections and discussions, support for a network of cultural community centres and more.

The project´s main aim is to help transforming the post totalitarian industrial city to an open, creative urban environment for sustainable future development. Specially focusing on a smart mix of culture, industry, innovation, tourism and quality of life. Not only to rethink the city´s position in Europe, but also to break the inner walls that encircle the city.

3.2. Development of the programme

The programme developed over 600 events. There were more than 200 cooperation contracts in Pilsen and more than 50 on the regional and national level. Partners were local, national and European. The partners have contributed with their own projects, financing and producing some of the events. In terms of collaboration, the most important subjects include the European Union, Czech Ministry of Culture and Pilsen Region. Preparations and implementation of the project, including sustainability, have been monitored by the European Commission (EC Monitoring and Advisory Panel). There were four main target groups: local citizens, national audiences, international tourists, arts organizations and artists. The audiences benefited with highly accessible and high quality arts as well as participatory activities and civic engagement events.

The idea of accessible cultural events expanded the idea of culture to a more general term, helping to change the image city and identity.

The cultural map of Pilsen has changed. New cultural activities and non-profit organisations have been established. The most important impact has understandably been on the people involved in culture and the local infrastructure.

Based on qualitative survey made with 17 organisations in 2015 and 2016, the main impacts were: a strong cooperation and networking within the culture sector which was not existing to such extent before. Up to 50% of organisations appreciated the opportunity to implement ideas for which they otherwise wouldn´t have capacity, resources and courage. 70% of organizations have confirmed increase in audience numbers continuing through 2016 on. In the region, there was a strong evidence of recognition of West Bohemian Baroque brand, helping local organisations to professionalize their work and create experience and motivation for future.

The programme has provided access to culture and creativity for many target groups: about 600 high quality international / national level events for 1 million audience members including large scale outdoor events drawing attention of thousands. This was important to the life in public space in Czech Republic. On the opposite scale level, participatory events promoting the community life brought in many participants. The city tourism had manifold increased the number of guided tours.

The project´s economic impacts are still being evaluated, but the increase in tourism and business results of the local companies such as hotels and restaurants was obvious. The project has supported the idea of accessible cultural events expanding the idea of culture to a more general term, helping to change the city image and identity. Also helped to open some complicated topics from the past (historical moments connected with totality, but also Czech – German relations etc.). The project also created an environment for cooperation between business and arts organisations.

The project mobilized a creative potential of artists, arts organizations and citizens but also the entrepeneurs in the city and region.

Overall one can state that the purely industrial city of Pilsen has been transformed into an “industrial city with a cultural heart” with citizens’ active involvement in culture and beyond. The city is preparing a new cultural policy for the further period and is developing not only financial support for publicly-funded organisations, but namely a cultural sector grant system for the non-profit sector.

The city of Pilsen was a nominated candidate for the second 'UCLG International Award – Mexico City – Culture 21' (January – May 2016). The awards jury produced a final report in June 2016 and asked the UCLG Committee on Culture to promote this project as a practical example for the implementation of Agenda 21 for Culture.

This factsheet was put together by Květuše Sokolová, Head of Culture Department, Pilsen, Czech Republic. 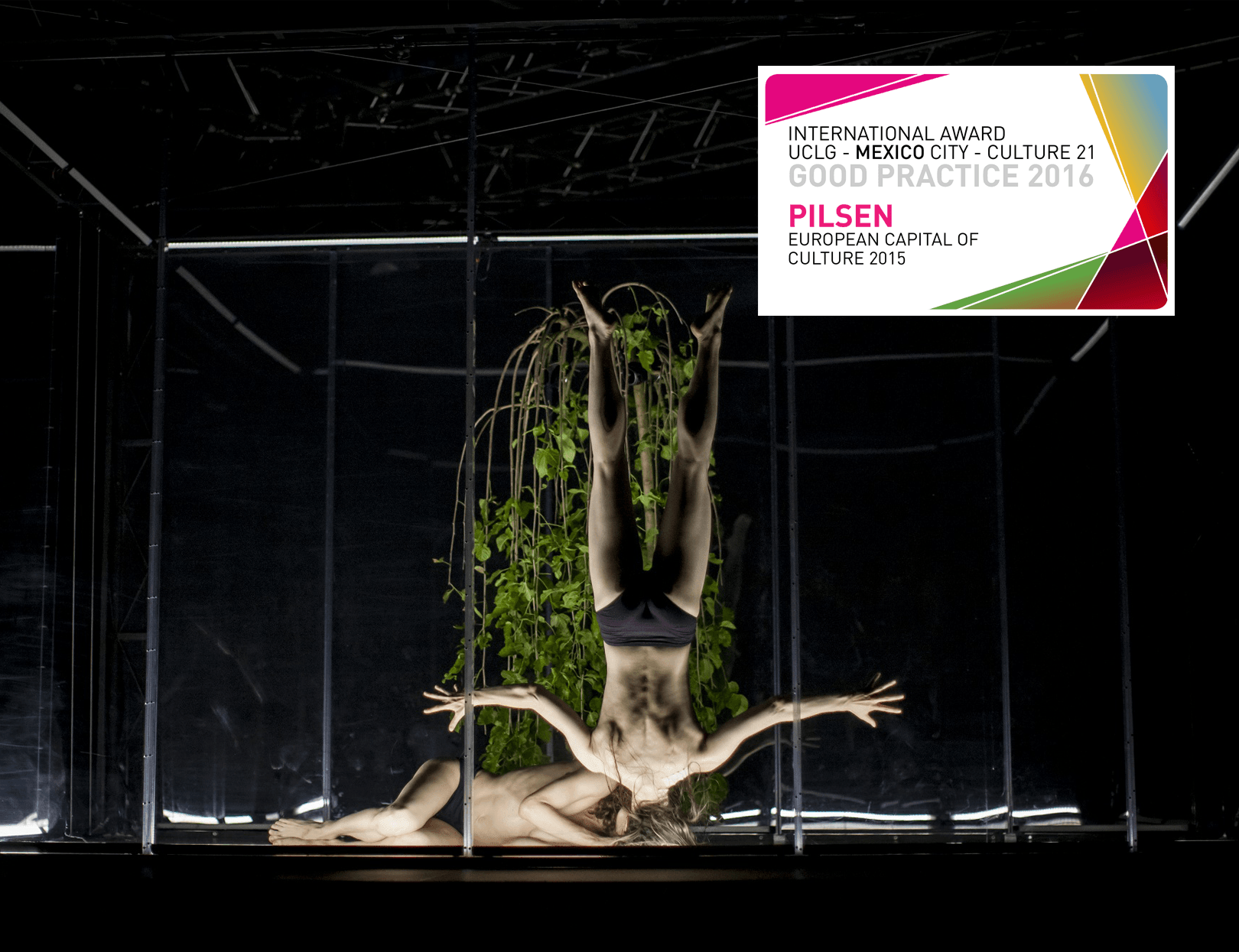