The neighbourhoods and territory for culture

Bilbao is the most populated urban centre in the Basque Autonomous Community and the main city in the region known as Green Spain. It is located in the northwestern part of Spain, just over 120 kilometres away from the border of France.

It has a population of around 350,000, made up of 53% women and 47% men, with a density of about 8,500 inhabitants per square kilometre. Currently, one of Bilbao’s largest challenges is its aging population, with nearly 25% of the population over the age of 65.

In 1989, after creating the democratic municipal corporations, Bilbao City Council agreed to the Regulations on the Organization of Districts and Citizen Participation. This divided the territory into eight administrative districts to manage the decentralization of services.

Today, however, most residents are still unaware which of the 34 districts they reside in, and given the fact that there are so many neighbourhoods, feelings of belonging are more concentrated in small pockets. Much like other cities that are similar to Bilbao, the differences between districts, and even between neighbourhoods, are significant both in terms of geographical area, population, socioeconomic status, facilities, services, and more. Broadly speaking, neighbourhoods with better services and a higher socioeconomic status are the centre, which includes Casco Viejo and Abando where the Old Town and the city’s first expansions are located. Contrary to this, the lower income areas are the outlying areas such as Otxarkoaga-Txurdinaga and Basurto-Zorroza, in addition to some of the more central distracts that are in the processes of gradual urban deterioration, Bilbao la Vieja [Old Bilbao] and San Francisco.

Bilbao has a long history as an industrial port city whose economy depended on the steel and shipbuilding industries. However, it suffered significantly during the economic crisis of the late 1970s and early 1980s, followed by severe flooding in August of 1983. Many consider the latter to be a natural metaphor for the city’s accelerated decline. However, since the end the 1980s, the city has undergone an urban revolution that has transformed Bilbao into a place that is based on the service industry, with culture at the core of its overall strategy promoting sustainable economic and social development.

Under the leadership of the City Council, alongside other local and regional administrations such as the Regional Government of Bizkaia and the Basque Government, cultural policy became a fundamental tool for overall development combined with urban planning and sustainability.

The pinnacle of this change came in 1997 with the opening of the Guggenheim Museum, designed by architect Frank Gehry, at the old port alongside the Estuary. This led to the “Guggenheim Effect”, a global success phenomenon that proved how a large-scale architectural and cultural project could reshape a city’s development model. Bilbao transformed from “the iron city” to “the titanium city”, a reference to the material used on the exterior of the museum. The impact that international media had on the city was remarkable, whose attention contributed to substantially increasing the number of annual visitors to over one million. Of course, this had a tremendous economic impact.

In addition to all the urban rehabilitation carried out across the city, such as in the Casco Viejo and along the banks of the Estuary, other cultural facilities and projects were also key factors in this milestone. These include: the renovation of the municipal Arriaga Theatre, construction of the Euskalduna Conference Centre and Concert Hall, revitalization of the Museum of Fine Arts of Bilbao, opening of the Azkuna Zentroa Contemporary Culture Centre (also known as the Alhóndiga), and the increased budget dedicated to improving cultural initiatives across the city, among others.

It should be noted that any commitments to large cultural infrastructure projects never lost sight of the importance and value of culture, both in and of itself, and as a right to be ensured for all citizens. Indeed, these initiatives facilitate access to culture for everyone in Bilbao. The process of administrative decen-tralization mentioned above has been accompanied by a decentralized cultural policy, with neighbour-hoods acting as a region for culture.

Bilbao and its neighbourhoods had a remarkable lack of sociocultural facilities because of the Franco era. As a result, the aim of the first democratic corporations was to provide neighbourhoods with new infrastructure.

From updating and repurposing existing buildings, converting disused schools, and in some cases constructing new buildings, over time the city has gradually accrued 25 municipal centres to host cultural and social activities, as well as a network of 15 municipal libraries.

In less than 30 years, Bilbao has successfully created an extensive network of decentralized sociocultural facilities that continues to be updated and revitalized, providing new libraries or municipal centres and renovating or expanding existing ones.

The aim is to offer a universal set of basic programmes to ensure continuous activity throughout the year so that each district has at least one programme or festival unique to it, and so residents within that neighbourhood can identify with it.

In order to create greater proximity between culture and citizens, as well as to schedule cultural activities in neighbourhoods that do not yet have adequate facilities, the city’s squares and public spaces are used to host various events during the spring and summer months. The municipal cultural policies of recent decades have always considered the city streets a natural place for residents to first come into contact with culture, and where they can enjoy shows or free professionally produced small festivals.

Aside from the spaces, the cultural events on offer are also important. The following are two key actions in this area:

All of this was not undertaken by the municipal government alone. Neighbourhood, citizen, and cultural associations, institutions, or collectives have been partners in this initiative from the very beginning. They were involved in designing facilities based on the needs of each neighbourhood, and also participated in decentralizing cultural planning.

The latter works alongside the public and adapts to the demands, interests, and characteristics of each neighbourhood. Initiatives and proposals submitted by residents and associations are listened to and subsequently inform the Sociocultural Committees of the District Councils, which are formal participatory bodies in the decentralized municipal administration. This public involvement directly helps decision makers decide which activities will be allocated part of the available budget.

Finally, it should be noted that decentralized cultural policy is, of course, not just limited to promoting cultural consumption. Indeed, creativity is also elevated through the organization of workshops in different artistic areas. This has also been supported with free access to different locations for mainly amateur and semi-professional theatrical or musical group rehearsals. It is clear that this approach considers neighbourhoods as places for creation.

As noted above, there are shared events made available to most, if not all, districts in Bilbao, as well as large events in each area. In both cases, all activities are free of charge except for the workshops.

The following are some examples of these:

Events in the Municipal Library Network

Bilbao has successfully created an extensive network of decentralized sociocultural facilities that continues to be updated and revitalized, providing new libraries or municipal centres, and renovating or expanding existing ones.

For smaller events or festivals specific to each district, the outline would be as follows:

As mentioned, many of the programmes and festivals listed above are carried out in collaboration with associations from each respective district.

Finally, the following is some basic data taken from the 2019 Department of Culture. It provides better insight into this municipal commitment to decentralized cultural event planning:

The Bilbao City Council is the co-chair of the UCLG Committee on Culture. This document was written by the Bilbao Municipal Department of Culture in January 2020. 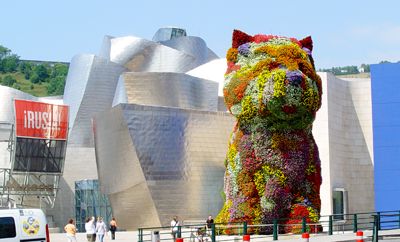