Mexico City is a megalopolis where life has an endless number of creative processes that seek cultural development and participation of diverse social groups in the cultural life. These may include visual and performing arts, cultural heritage, the publishing world, the promotion of reading, craftsmanship, taking advantage of cultural knowledge, or the use of traditional technologies. All of these represent a broad cultural diversity that constitutes one of the largest cities in the world.

The Imagination in Motion; Cultural Businesses and Enterprises program, was born in 2007. Built for the purpose of reinforcing the creation of autonomous management of artistic and cultural initiatives, this may encourage artists, youth, developers, and other social actors in Mexico City. They may also boost the creation, strengthening, and consolidation of autonomous cultural businesses and other forms of partnership that respond to the needs of the city's cultural life.

It is a concrete proposal that effects the creation of public policy, supporting creativity in Mexico City that favours the sustainable and autonomous management of artistic, cultural processes and cultural heritage.

The Federal District's General Development Program for 2013-2018 notes the need for reinforcing and driving transversal projects. Some examples would be incorporating Agenda 21 for culture into all local public policies, and developing projects for social cohesion. The latter includes defending diversity through building tolerance, generating wealth by creating cultural employment, eliminating basic inequalities, and facilitating access to new technologies.

The aim is to promote the creation and consolidation of cultural businesses and enterprises in contributing to a culture's social economy. In the same way, strengthening cultural industries in Mexico City is done to establish professionalisation and capacity management. Furthermore, it supports entrepreneurialism in cultural and artistic communities seeking sustainability in creative processes. Ultimately, the purpose is to create jobs and a well-being conducive to a linkage of culture and sustainable human development.

THE PROJECT CALLED ATTENTION TO THE URGENCY FOR SUPPORTING NEW FORMS OF AUTONOMOUS MANAGEMENT IN THE ARTS AND CULTURE. THE PURPOSE WAS TO SIMULTANEOUSLY FAVOUR GREATER SOCIAL PARTICIPATION, AS WELL AS OTHER FORMS OF CULTURAL PRODUCTION, CIRCULATION, ACCESS, AND ENJOYMENT IN MEXICO CITY.

The Federal District Secretary of Culture was the first administration to create public policy on the importance of culture in the economy and the city management. The project called attention to the urgency for supporting new forms of autonomous management in the arts and culture. The purpose was to simultaneously favour greater social participation, as well as other forms of cultural production, circulation, access, and enjoyment in Mexico City.

Within this framework, paying special attention to guaranteeing civil society's access to cultural goods and services, the Secretary of Culture developed the Imagination in Movement, Cultural Businesses Program in 2007. Its main purpose is to promote the creation of networks and alliances among artists, administrators, specialists, and craftspeople allowing them to develop their potential, acquire the skills necessary to reinforce the sustainability of cultural processes, and also to have an impact on community development. In that sense, it also contributes to high social returns.

For a number of years, in different forums, seminars, institutes, academic areas, and other spaces, a new discourse on cultural action has been articulated. It has become apparent that, for artists, intellectuals, administrators, investigators, and various cultural actors, there is a need to look to culture and the arts. This is due to their ability to generate as much real economic, as well as human, development. It is with this that we recognise the importance of both international and local level policy-making, and its ability to provide the necessary tools and nurturing environment for such growth.

In this sense, the Imagination in Motion; Cultural Businesses Program is an example on a national level that has contributed to the plan of a comprehensive public policy for Mexico City's cultural sector. It takes into account the value chains and production cycles in different cultural areas from a sustainability perspective. Through this program, mechanisms for the sustainability of the cultural sector have been established. They offer technical and administrative tools for the development and implementation of projects beneficial to both entrepreneurs and the city as a whole. The result is the fostering of alliances among artists, administrators, developers, specialists, and artisans, thus spurring their potential to learn new skills and have a positive impact on the fabric of the city's society and community.

THE IMAGINATION IN MOTION; CULTURAL BUSINESSES AND ENTERPRISES PROGRAM, WAS BORN IN 2007. BUILT FOR THE PURPOSES OF REINFORCING THE CREATION OF AUTONOMOUS MANAGEMENT OF ARTISTIC AND CULTURAL INITIATIVES, THIS MAY ENCOURAGE ARTISTS, YOUTH, DEVELOPERS, AND OTHER SOCIAL ACTORS.

The Secretariat of Culture has generated a network of educators who work in cooperation with visual and performing artists, cultural activists, administrators, managers, and other social actors who give life to a large quantity of cultural and artistic initiatives. Fortifying these processes has put in motion diverse inter-sectoral connections which facilitate the integration of value chains and the creation of new possible goods, services, products, and processes. All of these generate entrepreneurship and businesses that constitute a part of this program.

Along with the Secretariat of Economic Development, they are developing soft loans for the cultural and artistic community, as seen in the recognition of establishments dedicated to art and culture. The purpose is to differentiate this activity from purely commercial ones. In cooperation with the Mexican Institute of Industrial Property (IMPI) and the National Copyright Institute (INDAUTOR), the goal is for artists to be armed with an understanding of their rights and obligations, as well as the value copyright adds to their work.

Since the beginning of the program we have worked closely with almost five thousand administrators, artists, designers, and various other actors in the cultural and artistic sectors. The program has favoured the legal incorporation of over 200 civil associations and cultural businesses. At present, more than 50 of these new companies have survived for over 4 years, having grown to between 5 and 15 employees. The Secretariat of Culture relies on a database of over 100 projects, with information on different forms of cultural management, jobs created, training requirements, and financing such as fiscal stimuli, venture capital, or seed money needs.

THE SECRETARIAT OF CULTURE HAS GENERATED A NETWORK OF EDUCATORS WHO WORK IN COOPERATION WITH VISUAL AND PERFORMING ARTISTS, CULTURAL ACTIVISTS, ADMINISTRATORS, MANAGERS, AND OTHER SOCIAL ACTORS WHO GIVE LIFE TO A LARGE QUANTITY OF CULTURAL AND ARTISTIC INITIATIVES.

The Federal District Government should try to find ways to make this one of their priority programs. Try to systematise the experience and produce diagnostic data analysis of those accumulated throughout the program. The aim is to bolster government alliances and relationships with other sectors, to finance cultural projects and/or cultural businesses as seed capital, grant resources, and soft credit, defined according to the scale of the projects. Furthermore, the creation of an inter-institutional or mixed fund with private capital should facilitate biannual funds, given that the incubation times of businesses do not correspond with administrative and fiscal times of public administration. Also, indicators of quantitative evaluation should be established, in addition to methodological tools to perform other kinds of environmental impact assessments. 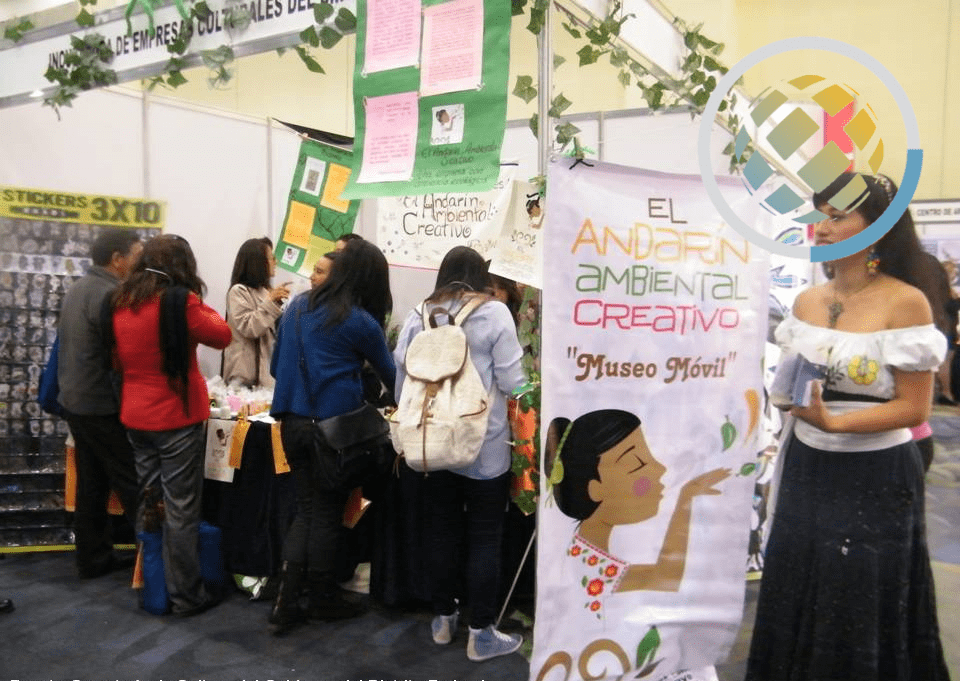