Mar del Plata is a tourist region home to river mouths and beaches. Previously, it grew from an influx of Creole and immigrant populations who moved to the city for its diversity and employment opportunities. This turned it into a more socially complex place, and the region’s seventh largest city. Industrial parks, market hubs, and several research institutes also began to appear.

“A Creative City: Social Sciences for 21st Century Citizens” is a project that aims to create awareness of the area’s rich and diverse local cultural heritage with a global, dynamic, and participatory approach.

The goal is to lend visibility to cultural heritage. This underscores the value of creativity, promotes personal and collective development opportunities, emphasized the importance of cultural diversity, and established helpful connections for better, more thoughtful citizen participation that favours shared governance.

In 2011, the region of the General Pueyrredon Partido successfully committed to Agenda 21 for culture. It conducted a Cultural Census and the local PBCultural was used as a benchmark to determine the contribution of culture to the local economy, how to create awareness of opportunities in the creative economy. This is consistent with the city’s development plans as a Creative City and a City of Knowledge.

With specific reference to Culture 21 Actions, the project focuses on the city as a learning space for artists, cultural stakeholders, and teachers as mediators.

The project is based on SDG 11 of the 2030 Agenda, and works toward true integration without exclusion, and offers everyone equal rights. It also seeks to awaken public interest in valuable resources that could be used in a creative and innovative way (Target 8.3).

The goal of the project is to make the population aware that they live in a Creative City. This will lend visibility to, and inspire residents to embrace, cultural heritage, the value of creativity, personal and collective development opportunities, cultural diversity, and more thoughtful citizen participation that favours shared governance.

The program acts a mediator to serve the general population by training, teaching, and intervening so citizens can participate in courses, talks, and seminars. The goal is for people to both give and receive knowledge in interactions, while taking advantage of the changes that this will have on public spaces.

With specific reference to Culture 21 Actions, the project focuses on the city, its neighbourhoods, and heritage sites as learning spaces for artists, cultural stakeholders, and teachers as mediators.

The project collaborated with all municipal administrations, the Department of Culture, provincial public administration stakeholders, and private entities at UCIP. Some of the projects were transformed into ordinances or laws.

They received a budget from research grants, the UNMdP and CONICET, as well as a significant amount of support from volunteers.

The obstacles to its implementation were the economic crisis, which resulted in scarce resources to meet basic needs. It also led to discontinuity in the core sustainable programs under the Municipal Government, making it difficult to continue cultural projects. Further understanding on the subject would lead to the institutional adoption of public policies, as has been the case with a number of other UCLG cities.

Centres, and their contribution to a Creative City. As such, they partially implemented the program.

However, citizens have had increasing experience in active participation, which helps them further understand the way these initiatives protect their cultural and citizenship rights.

Cultural actors have supported the proposal and there has been a notable level of interest in the role of culture and civic participation.

Additionally, the city is focused on improving sports facilities. The program has started infrastructure projects in each area of the iconic Sports Park, as well as in sports centres and other spaces.

There is a planned evaluation of the project that will assess its impact, and make adjustments based on the different methods:

The vital factors for the success of the policy would be the expected transformation that would allow the population to learn about, enjoy, and take pride in their city. Another important element is the incorporation of a management model that could be monitored and used as a framework to be replicated in other cities or regions.

The high season ended and the city was affected by the COVID-19 pandemic. However, in order to move forward and continue the project, the participation of local artists in the economy and development of the municipality, as well as the use of public spaces, are promising signs.

The Cultural Centres, museums, heritage sites, neighbourhood squares must be supported in order to create a better quality of life.

Mar del Plata was candidate for the fourth UCLG Mexico City – Culture 21 International Award (November 2019 – May2020). The jury for the award drew up its final report in June of 2020, and requested that the UCLG Committee on Culture promote this project as one of the good practices implemented under Agenda 21 for culture. 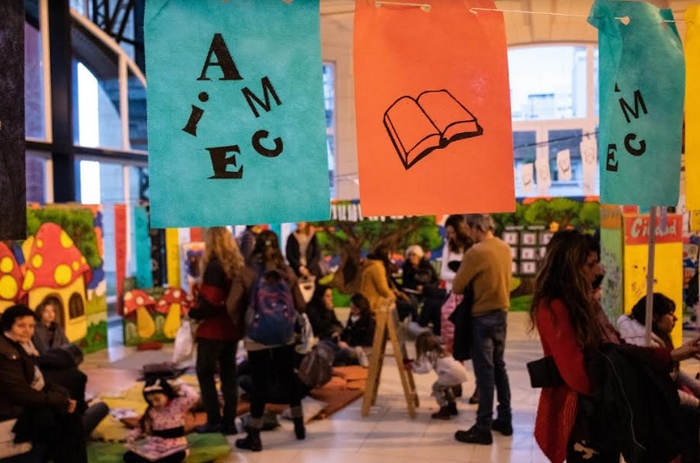