The international organisation United Cities and Local Governments (UCLG) promotes the fundamental role of culture in sustainable development through Agenda 21 for culture (2004) and its implementation along with Culture 21 Actions (2015). The UCLG Committee on Culture identifies concrete projects that are examples of the implementation of Agenda 21 for culture and Culture 21 Actions on a local scale. These projects are outlined and shared on the website as "good practices". This initiative is consistent with the UCLG work programme that promotes identifying and exchanging these "good practices" with other members. This project was undertaken by the office of the Mayor of Bogotá and is the result of a partnership between the District Ministry of Housing and the District Ministry of Culture, Recreation, and Sport in the city. The project was carried out in non-formal neighbourhoods, which themselves are the result of decades of squatting, and is currently being formed into legislation through various aspects of urban regularisation.

At present, the project is being implemented in two areas in the city, Ciudad Bolívar and San Cristóbal. It intends to combine several neighbourhoods that are close together, share social organisation processes, and have been populated similarly, in three (3) Opportunity Territories (TCO), with 315 leaders organised into 35 initiatives. The fifteen (15) neighbourhoods where the project is focused are fringe areas located on the outskirts of the city, where access to cultural life, as well as to adequate spaces for carrying out cultural and artistic activities, is considerably poor.

By building a public management model, leadership and technical teams for departments in the office of the mayor of Bogotá can agree to coordinate efforts and capabilities for participative development with citizens.

After decades of unplanned growth in Bogotá D.C., the dual urban structure that exists between those citizens who can access cultural activities, and those who cannot as a result of being marginalised, led to developing solutions in partnership with the community for its effective transformation. By building a public management model, leadership and technical teams for departments in the office of the Mayor of Bogotá can agree to coordinate efforts and capabilities for participative development with citizens. This can be achieved through different strategies geared towards strengthening cultural and artistic processes in marginalised neighbourhoods.

The project was carried out in five stages over the course of ten months. During this time, the regional teams and communities worked to establish the following methodological frameworks:

Simultaneously, six key processes were carried out at each stage:

Decades of unplanned growth in Bogotá D.C. led to developing solutions in partnership with the community for its effective transformation.

Citizens' Initiatives: These are organised in artistic and cultural groups or associations whose social and collaborative nature helps develop practices that revitalise the city's important construction sector. This arises from their skills in generating aesthetic and political projects.

Community Leaders in Arts and Culture Carers of the community and shared interests. They are a source of inspiration for residents, and a valuable source for citizen interaction and learning through their relationships with the State. Their actions and partnerships are more than an official, clichéd voice for the community. Instead they show the existence of many ways to inhabit and create a city’s cultural environment.

Ministry of Housing - Office of the Mayor of Bogotá: As an alliance partner, the ministry establishes synergies for creating and understanding the city through coordinated projects on public action responsibility that counteract the compartmentalisation of problems and solutions.

A management model for mobile structures is being established that guarantees a permanent schedule for cultural events that are connected to the community actions of each specific territory.

Undoubtedly, the project operates through small-scale interventions, both with regard to public spaces and community relations. It has a greater impact on places marked by violence, fear, or exclusion, when art and culture begin to establish more distinct uses and meanings within the community. The construction and supply of mobile structures used for carrying out arts and culture activities helps guarantee public access under adequate conditions for the development of different artistic and community practices in the territories. This also improves access as well as the enjoyment of the right to the city and community cultures. The sum of these small transformations has a greater impact on the city as a whole.

One option for improvement is to connect teams from various community initiatives, not only from other parts of the city, but also those that are acutely aware of community dynamics. Improvements must be made to channels for interaction among professional teams, and members of groups with substantial experience in self-managed artistic and cultural activities. In this way, participation is more direct, both in the development and implementation of the project, which will improve the network and its sustainability.

A management model for mobile structures is being established that guarantees a permanent schedule of cultural events that are connected to the community actions of each specified territory. However, sustainability must be ensured by governments and citizens alike in order to develop other structures around the city, such as a model that contributes to the construction of permanent cultural spaces.

The project operates through small-scale interventions, both with regard to public spaces and community relations. It has a greater impact on places marked by violence, fear, or exclusion.

This article was written by Paola Vives, Office Consultant, Ministry of Culture, Recreation, and Sport, Autonomous City of Buenos Aires. 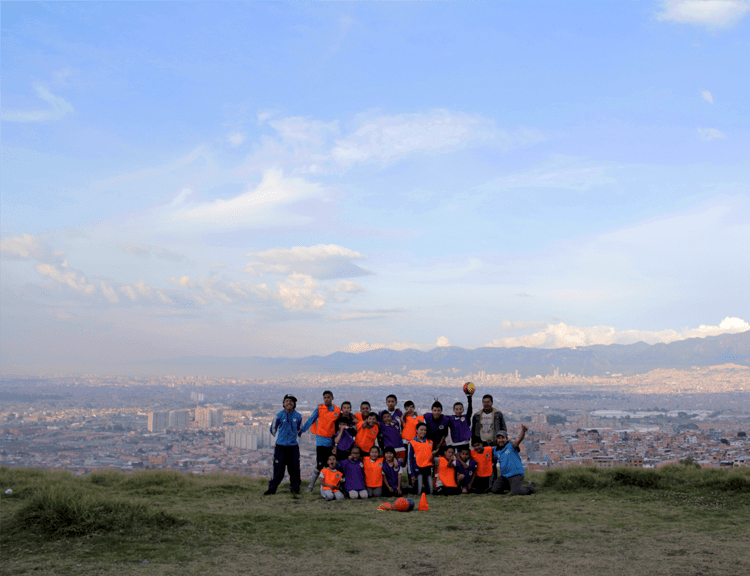