Athens is the capital of Greece and the country’s largest city. It sits within the region of Attica, which produces 75.5 per cent of the Gross Value Added (GVA) of the cultural and creative industries of Greece, with 57.3 per cent of creative industries. Athens is also home to many heritage sites, including the UNESCO World Heritage Sites of the Daphni Monastery and the Acropolis.

During a period of severe economic crisis in Athens, the parts of the city economy that kept growing were tourism and the cultural sectors. Socio-economic crisis and austerity caused by the 2008 financial crisis and the 2010 Greek debt crisis caused high unemployment, increased homelessness, and social pressures. This provoked mobilisation and solidarity, including non-profit grassroots organisations, some of which have cultural, as well as social objectives.

In 2017, Athens published its Resilience Strategy for 2030 with a focus on urban resilience.

British Council has been established in Greece since 1939, and works in partnership with cultural players including arts and cultural institutions in the public and private sectors.

In 2017, Athens published its Resilience Strategy for 2030 developed in consultation with a small number of cultural leaders, artists and other cultural sector representatives. However, the resulting strategy was not widely known in the cultural sector.

The Athens city resilience strategy is framed by 4 pillars, 65 actions and 53 supporting actions.

Cultural aspects of resilience are generally undervalued. Arts and culture have the potential to contribute to social and economic development through income generation, employment, entrepreneurship, innovation, new technologies and tourism. Culture can also strengthen a city’s social capital. These factors have the potential to contribute to the resilience of the City of Athens.

The British Council therefore commissioned this study to increase attention to arts and culture in the Athens City Resilience Strategy 2030. It also includes recommendations to the city of Athens for its implementation.

In partnership with 100 Resilient Cities, the British Council commissioned a study to identify ways in which arts and culture could contribute to the Athens City Resilience Strategy 2030, and provide recommendations to enhance the cultural sector and implement the strategy.

The methodology of the study included interrogation of the Athens City Resilience Strategy 2030, a study of relevant documentation, research through interviews, and a series of focus group discussions.

The study focused on five areas. These were i) interconnectivity and collaboration to improve resilience within cultural and creative sectors and between culture and other sectors; ii) cultural development that promotes inclusion, engagement and creativity; iii) proposing new models for financing cultural organisations; iv) managing activities and interventions in public space, and v) expanding the strategy and promotion of the city as a cultural destination.

The Athens City Resilience Strategy is framed by four pillars, 65 actions and 53 supporting actions. These were analysed to identify 16 actions that relate to or could be enhanced by arts and culture. This made culture’s role in this resilience strategy apparent and reinforced arguments that arts could be used as powerful tools for the city’s economic, social and environmental development.

Recommendations from the report included: i) the creation of a cultural reference group to oversee the cultural components of the resilience strategy; ii) to develop the skills base of the cultural sector of Athens; iii) to develop an interim plan for public space and placemaking, and iv) to coordinate arts activities in different neighbourhoods. The report identified several potential cultural platforms and recommended an enhancement of their roles. It also suggested that the development of Athens as a cultural destination be continued and regular impact assessments of events are undertaken.

Arts and culture have the potential to contribute to social and economic development through income generation, employment, entrepreneurship, innovation, new technologies and tourism.

IThe study was commissioned by the British Council in partnership with 100 Resilient Cities. It was undertaken by Robert Palmer, a UK independent international cultural expert, together with the Resilient Athens Team of the City of Athens, and British Council offices in both Greece and the UK.

IThe British Council advocates for creative responses to global challenges. It makes a positive contribution to the UK and the countries it works with – changing lives by creating opportunities, building connections and engendering trust.

The study created a series of recommendations for Athens. These have been used as a point of reference and discussion with cultural groups. There are now plans for the British Council to work further with the Municipality of Athens to implement recommendations that link innovation and resilience with culture.

A World Café took place as part of a conference organised by the Benaki Museum, the US Embassy and the British Council. Discussion focused on the recommendation within the report around “inter-connectivity and collaboration”. This brought together groups of professionals in the cultural ecosystem of Athens around issues of shared interest.

Culture can also strengthen a city's social capital. The cultural sector has the potential to contribute to resilience, including the protection of cultural heritage assets.

Generally, the cultural sector has the potential to contribute to resilience, including the areas of employment, the economy and the protection of cultural heritage assets.

Further peer to peer learning could be encouraged between cities focusing on the cultural aspects of resilience, including training and case studies. This could demonstrate how culture can be used to develop the creative economy, promote social cohesion, encourage creativity, and foster cultural diversity.

Analytical and diagnostic tools such as ethnographic research, eco-system mapping can be adapted to also focus on cultural resilience and culture’s contribution to resilience. 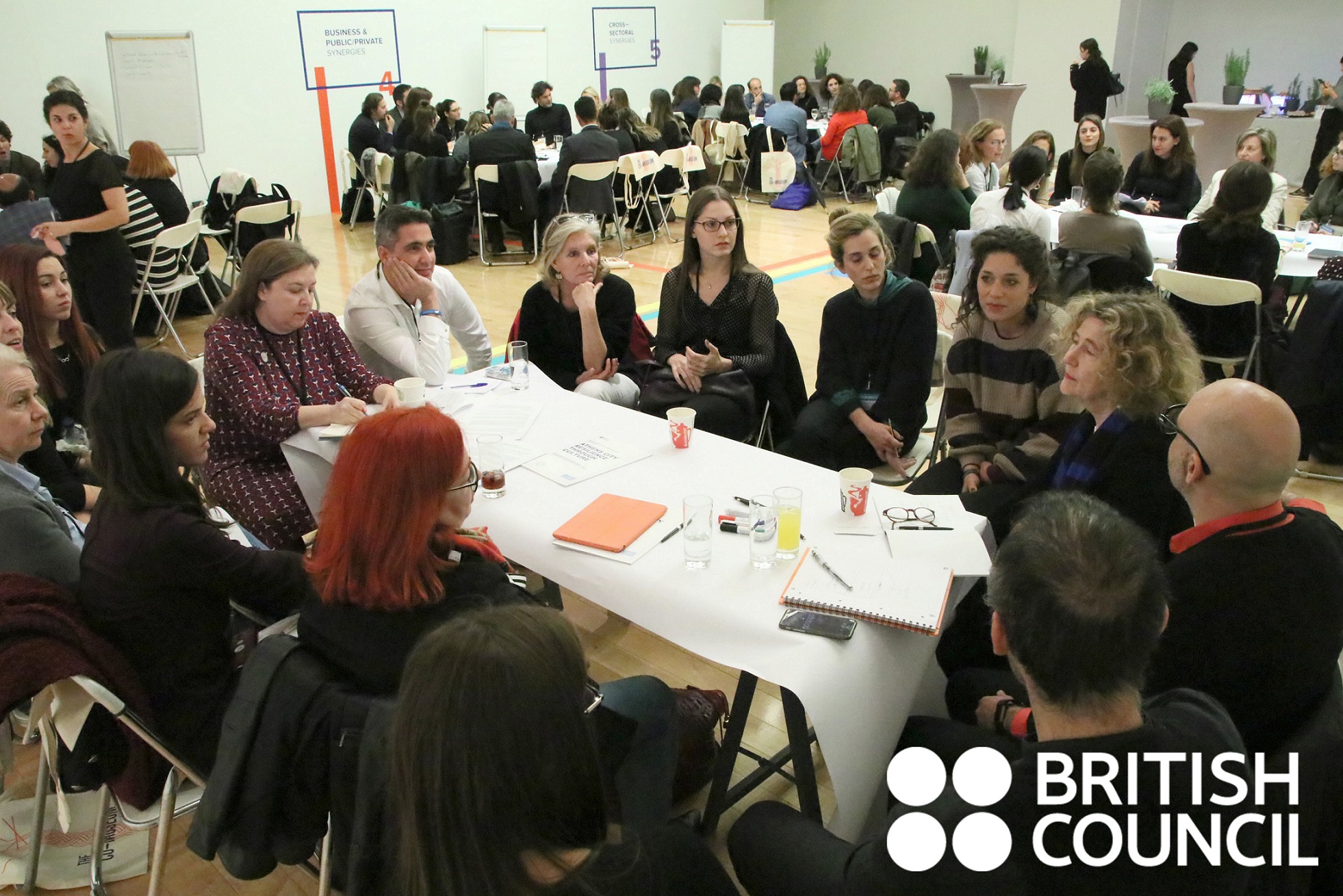