The cultural excellence project presented here, Barcelona Art Factories, fulfils a long-lasting demand by artists and groups to have well-prepared venues for creation and artistic research. The objective of the program is to revive obsolete industrial and unique venues to transform them into new public venues which are generators of culture and innovation, with the end of placing culture at the core of Barcelona. Moreover, the creativity of Barcelona’s citizens is also enhanced.

Art Factories was created in 2007, as an initiative of Barcelona City Council, coordinated by the Directorate for Programmes at Barcelona Arts Council, specifically the Barcelona Laboratory programme. This programme sought to strengthen and increase support for creation as much as possible as a primordial condition for better cultural development of the city.

The major difficulty was choosing the venues that would form part of this system of cultural facilities. To this end, an exhaustive study was conducted on the uses of these mostly industrial venues. Moreover, before designing the future venues we analysed the main elements of these types of centres in other cities, such as Berlin, Helsinki, London, Marseilles and Madrid.

2. Art factories all around the city

The objective of the programme is to revive obsolete industrial and unique venues to transform them into new public venues which are generators of culture and innovation, with the end of placing culture at the core of Barcelona.

(3) Ateneu Popular 9 Barris: former tarmac factory converted into an arts centre as a result of the residents’ struggle in 1977. It occupies 3,000 m2.

(4) Hangar: centre for artistic production and research founded in 1997, located in the industrial site of Can Ricart. It occupies 2,600 m2.

(5) La Central del Circ: closed venue located under the Esplanade of the Parc del Fòrum of the Barcelona Universal Forum for Cultures, built in 2004. It occupies 3,000 m2.

(9) Graner: located on the former Philips industrial site in the neighbourhood of La Marina, 900 m2.

The main characteristics of the project are divided into the following concepts:

a) Participation: it is a living network of municipal venues and, therefore, it is open to the inclusion of new venues. It was possible to develop this characteristic thanks to:

b) Quality: the project aims to achieve the maximum quality possible in the work developed in the Factories, as well as to guarantee the rigour and professionalism of all the parties involved.

d) Multidisciplinarity: the design of the project itself implicitly encourages the multiplicity of languages, disciplines and approaches, providing an open perspective and the necessary flexibility to contribute to creativity.

e) Internationalisation: the factories can be a motor of local development if they foster projects in the international circuits, promoting the positioning and presence of a determined identity, vision and hallmark.

f) Hybridisation in public/private management: the sustainability of the project necessarily involves hybrid management and cooperation between the public and private sector, in which everyone takes on their respective roles.t

In relation to the main actors and allies, it is worth noting that the main partner is Barcelona City Council. For this reason, the publicly-owned Fabra i Coats factory is the venue that works as a structuring axis.

However, each venue has its main partners who have notably contributed to the conception, promotion, management and operation of the programme:

The sustainability of the project necessarily involves hybrid management and cooperation between the public and private sector, in which everyone takes on their respective roles.

In short, this programme has contributed to invigorating the city’s creative processes and, therefore, to providing visibility for an invisible part of the cultural product. The great added value has been the fact of generating new ideas and, above all, intangible assets, such as social cohesion in the neighbourhoods, the internationalisation of the city by hosting creators from other places, the increase of citizen participation in cultural life, and so on.

Nevertheless, as it is a public network of venues, it does not include all creation in the city and, consequently, leaves venues of creation in Barcelona outside this circuit.

Finally, it is important to bear in mind the heterogeneity of the city and appropriately map out creation. This project emphasises the fact of fully empowering the cultural sector so that it makes the venues its own by using and managing them. In short, it is important to support the public initiative. 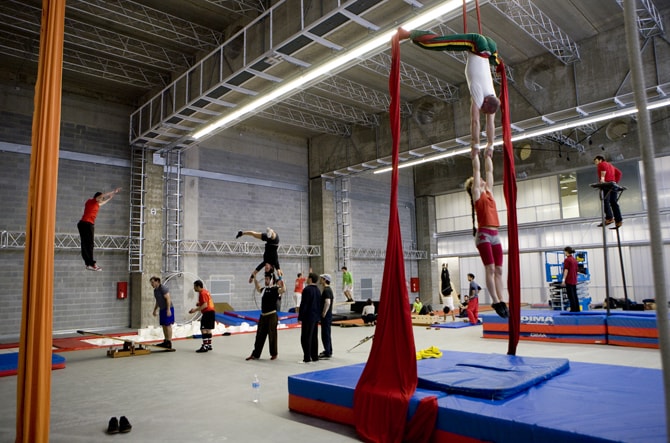