The Autonomous City of Buenos Aires covers an area of ​​200 km2 and has a population of approximately 3 million. The "Culture Pass" project is geared towards young public school students between 16 and 19 years of age - some 35,000 youth.

The main objective is to broaden youth access to the extensive cultural life of Buenos Aires, and to promote diverse cultural consumption habits.

To do so, the programme aims to lend visibility to the diversity of existing cultural offerings by including commercial, public, and private events in its "cultural shopping cart". Likewise, it works closely with the creative industries of Buenos Aires to better understand the youth population, who are very active in consuming some cultural forms, such as cinema, and more reticent in others, like theatre.

The programme is managed by the city’s Ministry of Culture, which worked alongside the Ministry of Education as opposed to the Ministry of Social Development, making the project dependent upon their presence in the education system rather than a social group supported by the State. This avoids making the programme appear to be a welfare initiative, and instead establishes it as a culture and education policy. This is further bolstered by the liberating nature of the cultural experiences themselves.

This partnership with the Ministry of Education was considered because of its proposed support for achieving greater involvement in the programme, and therefore a better incorporation of cultural activities into the education curriculum. Ultimately, it was decided that the city’s public middle school teachers should be included in the programme. Teachers have access to discounts and free tickets offered by the project, but do not receive the $250 credit that youth receive monthly on their cards to use in shops that are partnered with the Cultural Pass.

The chosen method for the programme was a physical card similar to a credit card. This came at the expense of a more modern technological solution, such as a smart device app or a virtual wallet. The reason for this was to avoid potential obstacles to the programme for those without smartphones, without access to data networks, or with limited data usage, which is more likely to be the case for the very sectors of society the programme is targeting.

The main objective of the project is to broaden youth access to the extensive cultural life of Buenos Aires, and to promote diverse cultural consumption habits.

The Culture Pass was released as a benefits card with a credit of $250 per month to encourage the consumption of cultural goods among young public school students throughout Buenos Aires.

Along with the Government Systems Department, the project created a platform for subscribers to register and access the card as well other benefits such as free tickets to public and independent events.

Additionally, Banco Ciudad helped set up a system for minors to access a card that functions as a debit card by establishing safety and logistics guidelines.

Different focus groups were carried out with programme's target audience in order to select cultural events and see if the amount transferred to each participant each month would incentivize them.

Partnerships with the city's creative industries were achieved by gathering signatures from bodies representing those sectors, and signing acts of accession with each of the businesses, through which a discount percentage was established on the value of their goods or services. This discount was necessary to be able to add to the programme’s variance in its cultural activities.

With respect to the independent sector of the city’s creative economy—which is not represented in sectoral chambers—its participation was achieved by pre-purchasing tickets to events, which were selected through a public call that considered their appeal to the target audience. These tickets were offered free of charge to all participants in the programme.

The main partners of the project are:

The culture pass programme was launched in October 2018, and two months after its implementation, it drew interest from over 10,000 people who went through the registration process.

The Cultural Pass programme was launched in October 2018, and two months after its implementation, it drew interest from over 10,000 people who went through the registration process. Currently, about 1,300 students already have their benefits card with a $250 monthly credit, ready to be used in cinemas, theatres, bookstores, museums, and cultural centres.

With regard to teachers, there are 700 who already have their card, with access the discounts and free tickets offered by the programme.

If the project were to be started over again, or if another city were to carry out a similar initiative, we would recommend the following:

It may be helpful to establish a partnership with the city's public transportation services, particularly because mobility in a large city is an obstacle for many young people.

This article was written by Mora Scillamá, General Director of Cultural Promotion for the Ministry of Culture in the Autonomous City of Buenos Aires. 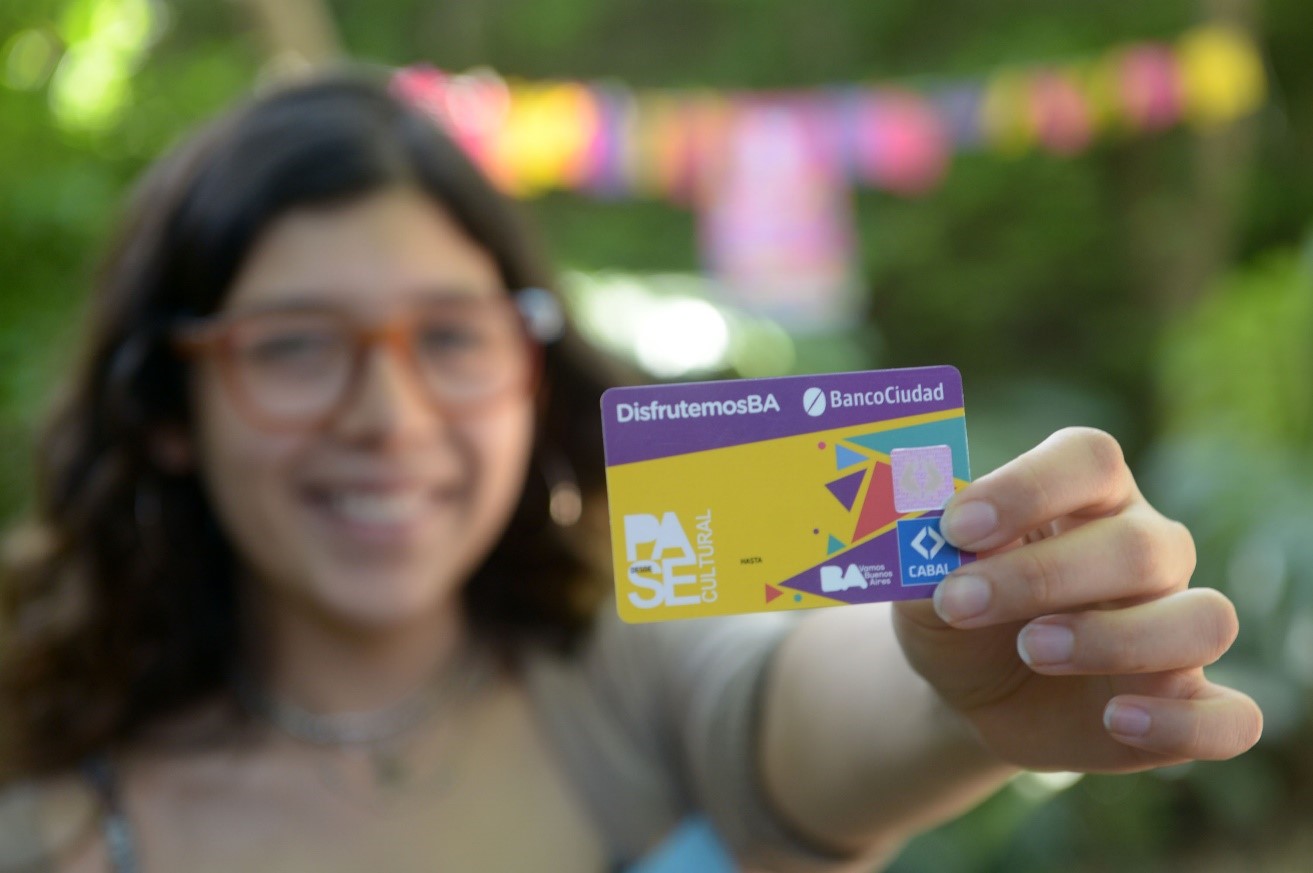