Swansea is the second largest city in Wales and the regional commercial centre for south west Wales. Its official languages are Welsh and English. Around 6% of its population of 245,000 is from a minority ethnic group (non-white). It is a post-industrial coastal city; in the 18th and 19th centuries Swansea was the world’s leading copper-smelting area, often referred to as ‘Copperopolis’. Heavy industry declined in the 20th century, but Swansea’s industrial importance meant it was bombed heavily during World War Two. Most people are now employed in the service sectors, including the two universities. The Welsh Index of Multiple Deprivation 2014 identified 12% of Swansea’s local areas as falling within the top 10% most deprived in Wales. It has a strong cultural heritage, especially in literature, and in 2016 attracted 4.64 million tourists. The Gower peninsula, beyond the main city, was the UK’s first designated Area of Outstanding Natural Beauty.

In 1999 the Government announced that asylum seekers would be ‘dispersed’ to Swansea. Swansea Asylum Seekers Support Group (SASS), a registered charity, was set up to help support displaced people, promote equality and diversity, develop community cohesion, provide training for displaced people and advance education amongst the general public about issues relating to asylum. The council as a whole, and the Dylan Thomas Centre in particular, have worked closely with SASS on partnership projects (in an official capacity and also through staff volunteering with the charity) to promote community cohesion via provision of creative writing opportunities and book launches in the very building named after Swansea’s internationally famous writer.

It was a new area of work for Centre staff, and by working in partnership with a dedicated charity the Dylan Thomas Centre could ensure that it would meet the complex needs of its audiences.

The goal is to offer creative writing opportunities for refugees and asylum seekers which will improve wellbeing, develop skills and engender a sense of belonging, and to develop an intercultural approach to community cohesion via cultural activities.

To offer creative writing opportunities for refugees and asylum seekers which will improve wellbeing, develop skills and engender a sense of belonging, and to develop an intercultural approach to community cohesion via cultural activities.

The first public event was held in 2003 with the launch of an anthology of creative writing by refugees, asylum seekers and local people. SASS organised the publication and the Centre hosted and managed the launch. The event was thrown open to the whole community, and the Centre’s large function room was full to capacity.  Contributors read from their work, members of the community brought food, there was play and activities arranged for children and transport was provided or the costs covered.

Several anthologies have been launched this way since then, some issued by one of Wales’ leading publishers, Parthian Books and others by Hafan Books. Hafan have also published collections by individual writers, proceeds of which help support SASS.

Over the last year (2017/18), the Dylan Thomas Centre has had funding from a variety of sources to develop this activity by offering creative writing workshops for refugees and asylum seekers held over a period of weeks, providing a more in depth opportunity for participants. The workshops are led by refugee writer Eric Ngalle Charles, who specialises in running sessions on literature and trauma. The redevelopment of the permanent Dylan Thomas Exhibition in 2014, which included the addition of a bespoke Learning Space, has ensured that participants experience the exhibition as well as attending a workshop in a dedicated space which, crucially, includes provision for their children.

This has been made a safe, welcoming space, and partnership work has included staff training on making refugees welcome provided by the Swansea City of Sanctuary team. The creative writing project engenders a sense of place and belonging, working to counteract poverty of access to culture, and promote wellbeing and community cohesion.

Swansea Asylum Support Group, Hafan Books, City of Sanctuary, African Community Centre – these key partners work with refugees and asylum seekers on a daily basis, and support publication of refugee writing. A key partner for the Council’s programme of work with displaced people across departments.

More recently the project has accessed support from Welsh Government’s Fusion Programme, Welsh Refugee Council, Heritage Lottery Fund and Literature Wales (the national literature agency for Wales). The project aligns with the Fusion Programme’s objective of using culture as a key part of an anti-poverty agenda.

The project has shown the important of outreach work and partnerships with relevant agencies to force relationships and gain the trust of audiences.

The project has shown the importance of outreach work and partnerships with relevant agencies to forge relationships and gain the trust of audiences.

More organisations in Swansea are now working with displaced people, including the rest of Swansea’s Museums Services, and work with asylum seekers and refugees is embedded in the Council’s strategy, for example the commitment to the Council of Europe’s Intercultural Cities initiative and the anti-poverty agenda.

The value to participants has been enormous, with increased confidence, improved access to culture, better community cohesion and improved wellbeing and support networks. The creative writing element has provided a much-needed outlet for participants.

It’s been vital to talk to audiences and ensure an understanding of what they need and what barriers may prevent people from accessing the project, whether it’s travel costs, childcare, lack of confidence or awareness. Partnerships with charities and organisations already working with displaced people have helped engage audiences for the long term, and share networks and good practice, including bespoke training for staff in welcoming displaced people. The Dylan Thomas Centre has been able to improve the venue to better accommodate this audience.

The programme is still being developed, building on what has been achieved and creating further opportunities, including potentially offering accredited learning.

The value to participants has been enormous, with increased confidence, improved access to culture, better community cohesion and improved wellbeing and support networks. 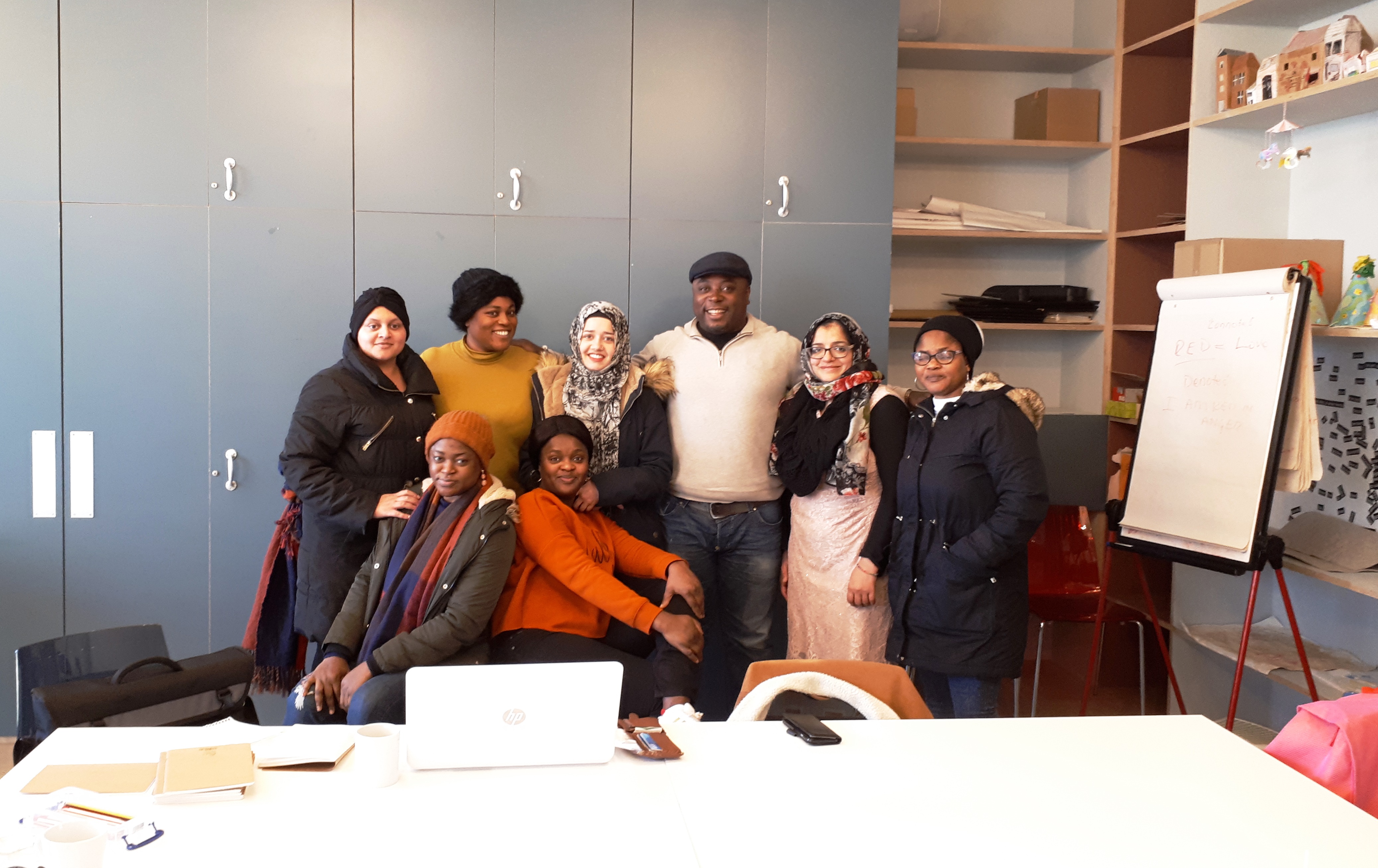